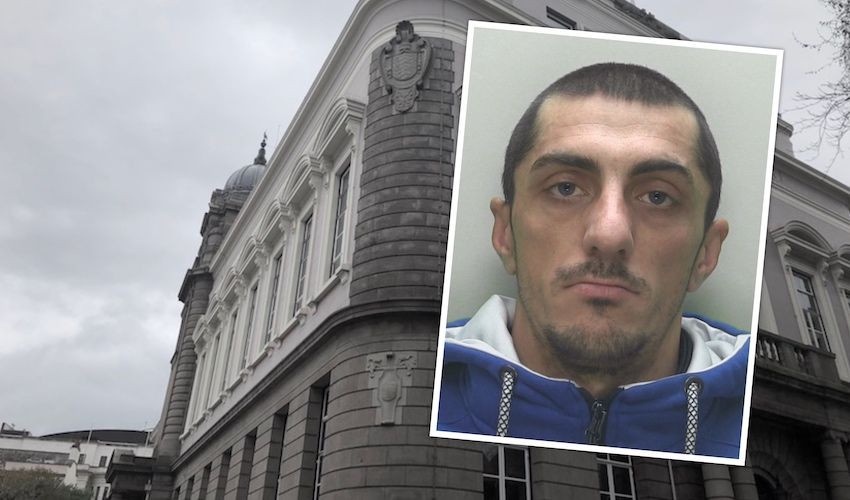 A 31-year-old man has been jailed for five years and is facing deportation after committing a string of sexual assaults against seven women he didn't know in the period leading up to Christmas.

Adrian Florinel Dumitrache admitted all eight counts of sexual offences against him in March, and was sentenced in the Royal Court this afternoon.

Three of the incidents took place on Christmas Day, with one of them happening in the hallway of one of the victim’s home.

The Romanian native also admitted strangling another woman in the hallway of her home at 03:00 as well as one count of committing an offence with intent to commit a sexual offence on the same victim.

Pictured: The offences took place around St. Helier in December 2019.

The 31-year-old man also pleaded guilty to one count of common assault on a woman as she was on her way to work at 05:00 in a street in St. Helier.

The first offences were reported to Police on Christmas Day with other victims coming forward in the days that followed.

Following press appeals and the release of CCTV footage showing Dumitrache around town, he was arrested on New Year’s Day and has remained in custody ever since.

He appeared in the Magistrate’s Court on 3 January 2020 where his case was deemed too serious for the lower court by Assistant Magistrate Peter Harris.

Dumitrache then appeared before the Royal Court at the end of March.

Pictured: Dumitrache was sentenced by the Superior Number – a panel that only assembles for the most serious case.

Today, he was sentenced by the Superior Number – a panel that only assembles for the most serious cases – via video link.

He was sentenced to five years and three months in prison and the Royal Court recommended his deportation.

Following the sentencing, Detective Inspector Christina MacLennan, who was the Senior Investigating Officer on the case, praised the victims for coming forward.

“It is extremely rare that we are faced with such a prolific sex offender committing acts against complete strangers,” she said.

“Thanks to the bravery of the victims and a number of witnesses we were able to catch him quickly and bring this dangerous individual to justice.”