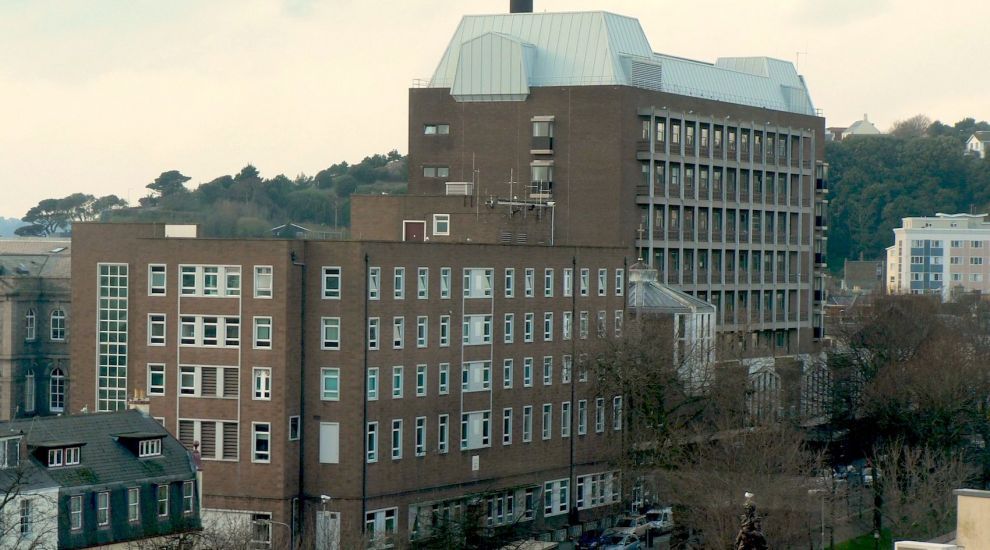 An overwhelming majority of States Members has backed a bid to reopen the hospital to visitors without covid and get a "robust" system in place to stop those with the virus from entering.

The proposition, put forward by Deputy Montfort Tadier, was passed with a majority of 40 votes in favour and just three against after an emotional debate that saw several politicians share personal testimonies.

It comes after visitors were temporarily banned from the hospital after a small number came in with covid-19 symptoms and passed the virus on to several patients. 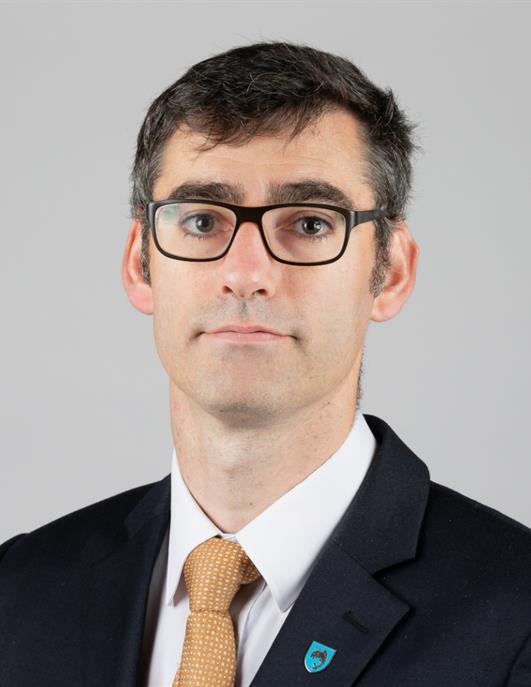 Pictured: The proposition was brought forward by Deputy Montfort Tadier.

Deputy Tadier's proposal called for the Minister "to introduce a robust system of checks for visitors coming into the hospital and to reinstate visits for named visitors, who have been tested and who are known to have a recent lateral flow test which has come back negative."

He also argued that: "The Minister should give consideration as to the best way to do this, however, the people I have spoken to, who have relatives in hospital, have said they would be very happy to take a lateral flow test before each visit in the presence of a member of government staff who could oversee the test and verify the result before granting access to the hospital."

The Minister will now be required to draw up a strategy.

Opening debate on his proposal this morning, Deputy Tadier said he wouldn't let it be "about pitting hospital staff against patient's safety and rights to receive visitors, or indeed the rights of family to be able to visit their loved ones who are perhaps in a very critical or down or land low condition whilst they're in hospital currently unable to see anybody from their family and social circle."

He urged members to have a "respectful debate", emphasising the importance of treating patients "holistically", balancing "protecting people's physical health... with the downsides that arise from the restrictions."

With Deputy Tadier having read out testimonies from members of the public affected by the restriction, Deputy Jess Perchard also weighed in with her own personal story, and why she would be voting for the proposal.

She explained that a family member had passed away near the start of the pandemic in 2020, and they were not able to visit her, apart from in her final week of life, when she were put in hospice.

She said her family accepted this because at the time "there was so little that we knew about the virus", and it was "the right thing to do."

She pointed out how, in this case, they had not expected her family member to die, meaning that if she had stayed in hospital she would not have been eligible for the current end of life exemptions in place.

"Now we are in a completely different position where people are vaccinated and can prove that they're vaccinated and we have lateral flow tests," she observed, adding that she would be "livid" and "heartbroken" if she was refused now the island was in a different place. 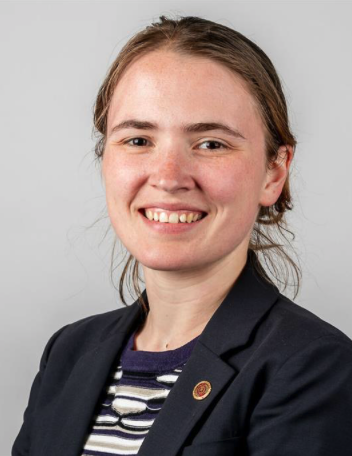 Pictured: Deputy Jess Perchard shared a personal story of a family member she had lost.

Deputy Louise Doublet also voiced her support for Deputy Tadier's proposal, reiterating some of his and Deputy Perchard's points. She said she would "absolutely" comply with a system whereby people are given a lateral flow test at the hospital before going into a ward.

"If there was a monetary value on the relationships we have with the people in our lives, would we even be questioning this proposition from Deputy Tadier."

Whilst opposition was smaller, those voices speaking out against it gave emotive speeches. In particular, the debate provoked a deeply personal and emotional contribution from Constable Marcus Troy.

"In 2020, I spent many many months in Oncology. I had 12 rounds of chemotherapy, and I abided by all the rules, and I was frightened, extremely frightened," he recalled.

"Covid hit at exactly the same time, and so I spent the intervening times between my rounds of chemotherapy at home alone and suffering dire side effects," he said, noting that it gave him a glimpse of what "old age looks like." 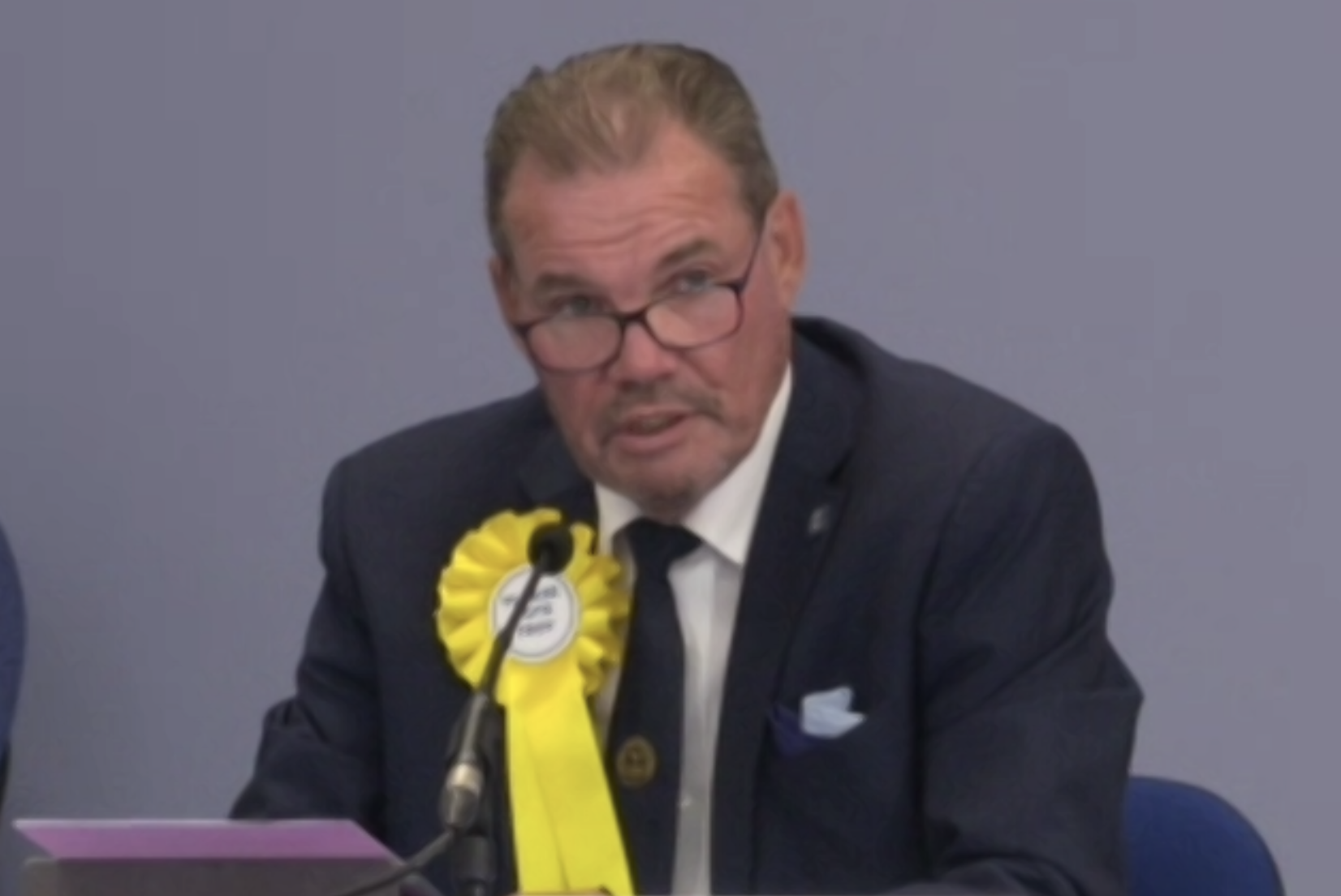 Pictured: Constable Marcus Troy opposed the proposition, having had a first-hand experience of the hospital during the peak of covid.

He described how the in "the early days, covid was unknown and people were petrified, and the hospital situation was incredible, absolutely incredible."

The Constable added: "All around you, and this is the point, the staff in the early days were facing an unknown quantity, but they came to work, they looked after us, they went above and beyond, and I continued to follow the rules, visitors followed the rules and everybody was scared."

Noting at the island is "at the final hurdle of the final covid cycle", he urged his colleagues not to vote for the proposition.

"We don't even know if the next person coming through the hospital door has got omicron or the next variant. Why are we so stupid as to allow people to come in, saying, 'We think that they might be covid-free' when the gestation period for covid is two to five days in any case?"

Education Minister Deputy Scott Wickenden also voiced his objection to the proposal, saying clinicians are trying to look at the "running a hospital and the risks", and that he just didn't think "as politicians we're the right people to start telling a hospital how their risk profile should be."

Reflecting on the debate up to that point, he noted: "There's been a lot of speeches about 'my loved one' and 'my example', but you've got to remember that there are other members of the public who may not be happy with this level of risk for their loved ones in the hospital."

However, in a twist that came as a surprise to some States Members, after a lengthy speech, Health Minister Deputy Richard Renouf said he would be voting in favour of Deputy Tadier's proposition. Such was the shock that one individual let out an audible "noooooo." 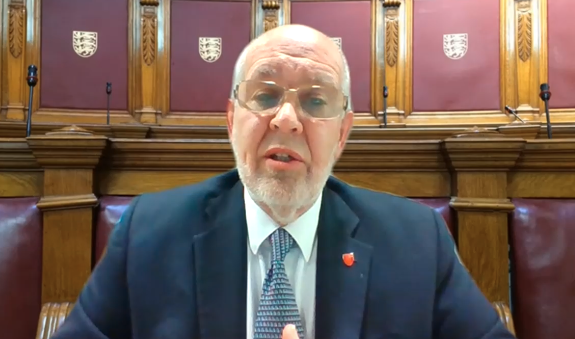 "Then it asks me to request as a matter of urgency that instigate a robust system to keep people who do have covid 19 from visiting people in hospital.

"So, I will accept that request if the Assembly wishes to on the basis that a robust system means a safe system.

"A safe system which is confirmed to me as safe by our clinical leadership, and then with that system I will instigate it to ensure visiting, and whilst we're trying to work that out, I undertake to the assembly that we'll just continue trying to achieve it."

After several other speeches, which expressed their surprise at the Health Minister's conclusion, the vote was passed with 40 votes for, three votes against and one abstention.

Posted by DavidPaul48 on Jan 20th, 2022
To safeguard everyone, entry should be restricted to those with proof of double/booster jabs PLUS a negative lateral flow.
Posted by Keith Marsh on Jan 21st, 2022
Deputy Tadier did the EASY bit, to condemn the current system, without actually coming up with a workable solution ~ electioneering again ?
To place a comment please login Login »