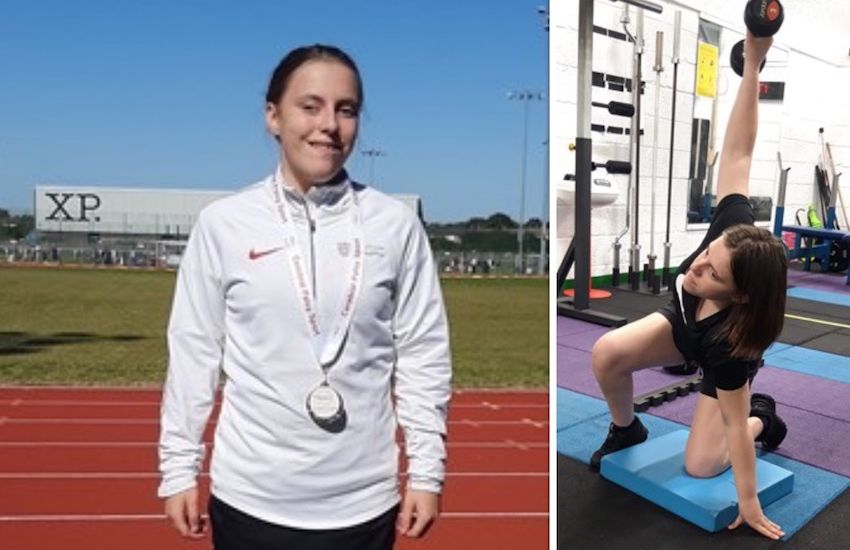 Grace Greenwood is one to watch on the world Paralympic stage over the coming years.

At 16 years old, the para-athlete recently broke the 18-second barrier in the 100m sprint with a personal best of 17.90 seconds recorded at the Munster Games in County Tipperary, Ireland, earning her a provisional World Para Athletics ranking of 13th in the women’s T35 class.

How did you get into running and when did you realise you wanted to be a professional athlete?

I tried lots of sports when I was young, and particularly enjoyed karate, but most of them didn’t really suit me. When I was 12, my dad suggested I give running a try and with the help of my coach, Karen, my times got faster and faster. 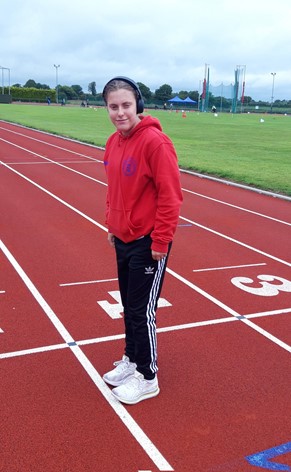 Pictured: "My times got faster and faster."

It was at this point I realised that maybe I could take this seriously and have a career in athletics.

What does your training schedule look like each week?

I train five days a week, with a minimum of two sessions in the gym and three on the track. I’m very grateful to be supported by The Jersey Sports Foundation for strength and conditioning and other sports science services including nutrition and sports psychology. 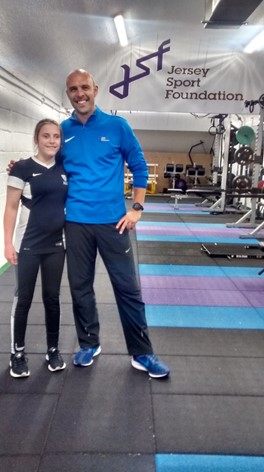 Pictured: "I'm very grateful to be supported by the Jersey Sports Foundation."

Jersey Spartans support me with track coaching and my lead coach Peter Irving is brilliant.

What do you see as the biggest obstacle for a Jersey-based athlete?

As a performance athlete, there is an expectation by national governing bodies of sport that you’ll compete regularly alongside your peer group, which adds an extra pressure on Jersey athletes to travel to the UK and abroad throughout the season. If you’re trying to get on a pathway and be recognised, it’s important to be seen at certain competitions and be recording specific times. Travel has to be factored in but the cost is really high and falls upon my parents to support me.

Where do you train when you travel to the UK?

I feel very lucky to be able to train a few times a year at Loughborough with Joe McDonnell, Head Para Sprints Coach and a speed coach to continue to improve my performance. I train alongside some of the athletes who took part in the Paralympic Games this year, including Sophie Hahn and Thomas Young. To see them win gold medals at Tokyo is amazing as I know how hard they train.

Pictured: "I train alongside some of the athletes who took part in the Paralympic Games this year."

It also makes me feel like a professional athlete to know that I train alongside them and it inspires me to work harder and to get to the next Paralympic Games in 2024.

How do you balance training and travel with study?

I’ve just finished my GCSEs this summer and am looking forward to studying at Highlands College in September. I’ve chosen to take the Uniformed Services course as it offers me more flexibility within my timetable (compared to A Levels) and will support me with my future career goals.

I would love to join the Police Force and believe it’s important as an athlete to have another career in mind, especially as sporting careers are often short.

Pictured: "I would love to join the Police Force."

My dream is to get a sports scholarship to train at Loughborough and to study criminology alongside.

What achievements are you most proud of?

Winning two bronze medals for England at the CP World Games in Barcelona when I was 13! I was still so young and only just getting noticed and went without any expectations other than to simply have fun and enjoy the experience, so to come away with two medals was incredible. Since then I've represented GB at the International Paralympic Committee Grand Prix in Switzerland and have just returned from representing England at the International School Games.

I love Maria Lyle, a Scottish sprinter with the same condition as me, cerebral palsy. She competes in the same category too, T35 100m, and is only a few years older than me. She has competed in two Olympic Games already, Rio in 2016 and Tokyo 2020, as a GB athlete winning double bronze. Maria is ranked GB number 1 and I am GB number 3 but we have not raced together yet!

Whenever the weather is bad or I feel tired and don’t feel like training, I think about how hard Maria, Sophie and Thomas train and the times they achieve and it motivates me to look at my own goals and work out!

Also, when I’m at Loughborough I train in a professional environment alongside many Paralympic athletes which is so inspiring and I know it’s where I want to be. I’m also very grateful when they stop and chat to me or tell me that I’m doing well.

What would you say to someone younger than you, with a disability or impairment, who might be interested in becoming an athlete or who hasn’t yet found a sport they enjoy?

It may be scary at first but you’ll never know until you try. Sport is a big part of my life and I love it that I’m now known as an athlete, not just someone with a disability. Sport helps me with my coordination as well as other aspects of day to day life.

However, I think it’s also important to point out that just because you have a disability doesn’t mean you have to like sport! But it’s definitely good to try a few different things first before making up your mind. I realised that team sports weren’t my thing but I love competing with myself, constantly improving and pushing myself to see what I can achieve. If you really don’t like sport then there are lots of other activities you can try that will enrich your life and bring you happiness.