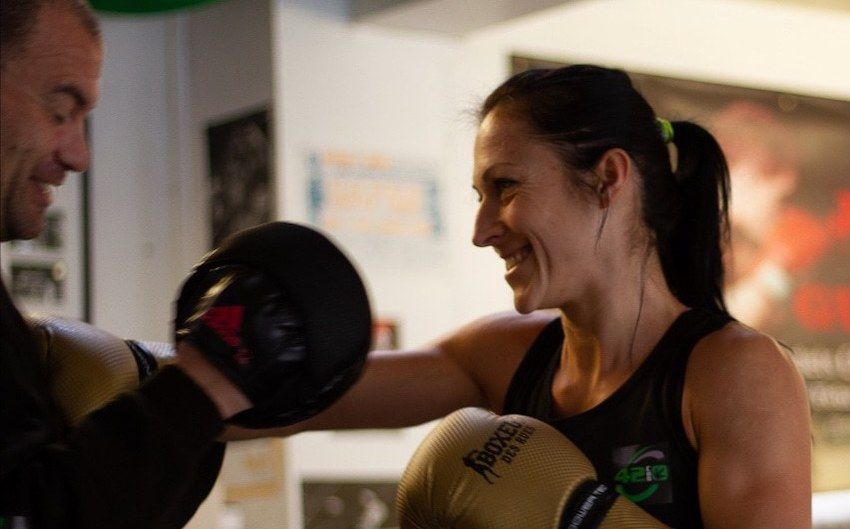 A local fighter has overcome a serious knee injury to scoop silver at one of the world's toughest kickboxing challenges in Russia.

Monika Markowska confirmed her 'Queen of the Ring' moniker two weeks ago, as she competed as part of the first Great Britain team to compete in the WAKO Diamond World Kickboxing Cup in Anapa.

Among the 1,200 competitors the tournament attracted, Monika - representing Gracie Barra Channel Islands BJJ and MMA Academy, Jersey Taekwondo Club and LH Fitness Gym – confirmed her place among the top fighters in the world, taking up second position on the podium.

The success was an incredible snap back to health for the local kickboxing star, who had not competed since November last year after a serious knee injury involving a torn ligament kept her away from training for weeks. 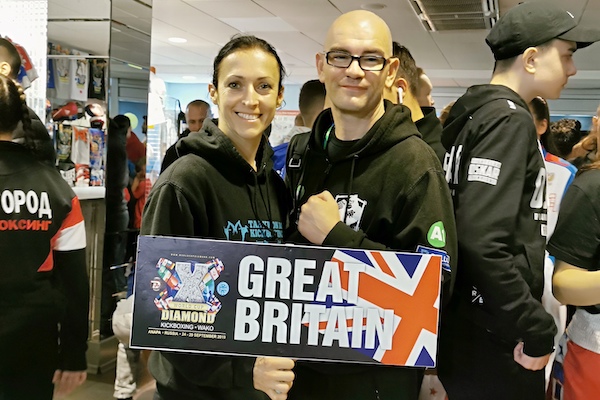 Pictured: Monika traveled to Russia with her coach Frank Blasco.

Following surgery in April 2019, Monika started on the long road to recovery. She then followed an intense training regime to make up for the time she had lost.

12 weeks after surgery, she was training three times a day on most days, musing that her injury had made her stronger by forcing her switch stances regularly, instead of fighting exclusively southpaw.

Whilst working on getting back to her pre-injury fitness levels, Monika launched an appeal to help fund her travel costs to her upcoming competitions, which included the recent WAKO Diamond World Kickboxing Cup.

Although she is a member of the GB squad, Monika is classed as an individual athlete and is therefore not eligible for funding via national lottery funds or any of the government funding programs, leaving her to foot the bill for travel, accommodation, competitions and entry fees.

Luckily, with the “hugely appreciated help of friends, supporters and handful of local businesses” - A1 Group CI, Pallot Glass & Windows, 420 Ltd, Soul Healing - Monika and her coach, Frank Blasco, were able to travel to Russia.

But having made the journey to Russia, Monika was faced with yet another challenge.

After the weigh-in, she discovered that her usual competitors had either moved up in weight class or were now competing in different disciplines. Monika therefore decided on the spot to go up a weight division herself, giving up a minimum of 5kg. 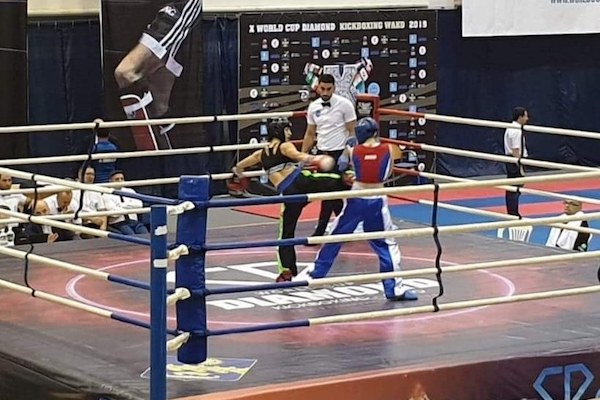 “It was a cagey and frustrating affair with the Russian fighter refusing to engage and happy to sit way out of range and occasionally counter with the odd solitary kick or punch,” Monika said.

At the final bell, the Russian fighter was awarded a points victory while Monika, bitterly disappointed and frustrated, took a silver medal.

"After nearly a year off due to the injury and as my first fights back, as much as I am disappointed to not bring the gold, I am also happy with the silver position, taking into account that the Russia competitions are the toughest ones from all of the World Cups," Monika said.

While the result was not the one Monika expected, taking part in the Diamond Cup has helped her prepare for the WAKO Senior World Championships, taking place in Turkey next month, where she will represent GB in the under 52kg category.

She is still hoping to raise more funds - not only to fund her trip to the Championships, but also another competition and fight in the UK, as well as sparring trips in Dublin and the UK.