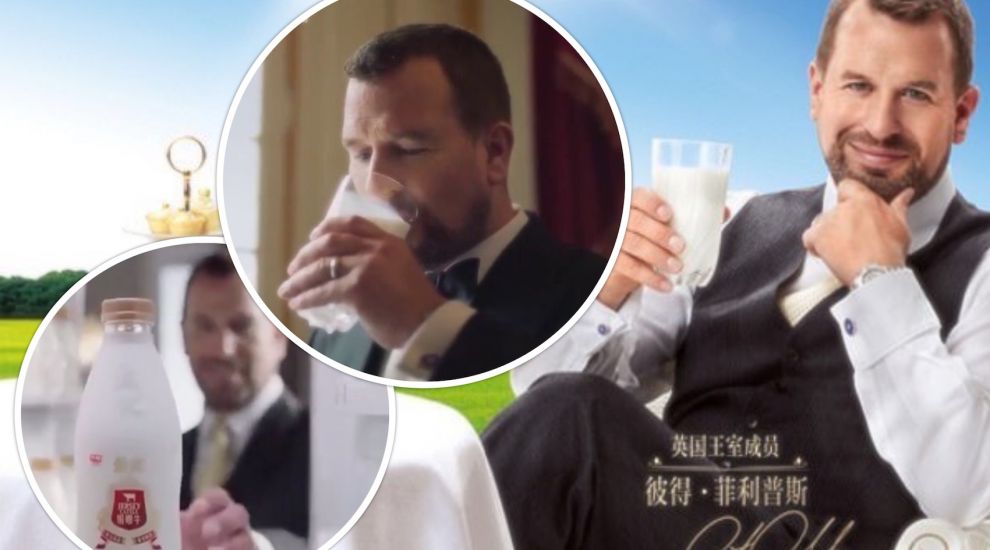 The Queen’s grandson has become the face of a Jersey milk brand in China in a move that has fuelled the row over ‘royals for rent’.

The revelation comes little more than a week after Prince Harry and Meghan Markle’s moves towards “financial independence” raised questions over whether they might cash in on their royal connections. 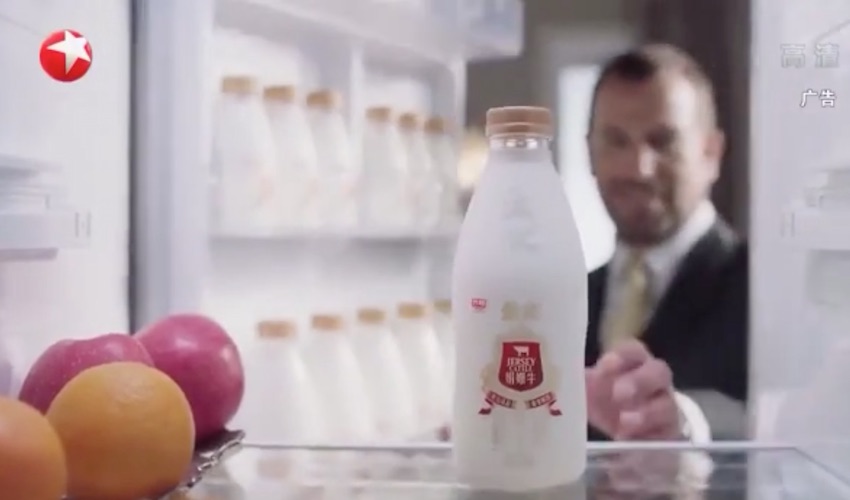 In an advert shown on Dragon TV featuring a stately home believed to be Longleat House and a replica of the Queen's carriage, Philips is served the milk on a silver salver by a 'palace' footman.

Throughout the clip, he waxes lyrical about Jersey milk, which he says enjoyed from the herd at Windsor when he was growing up. 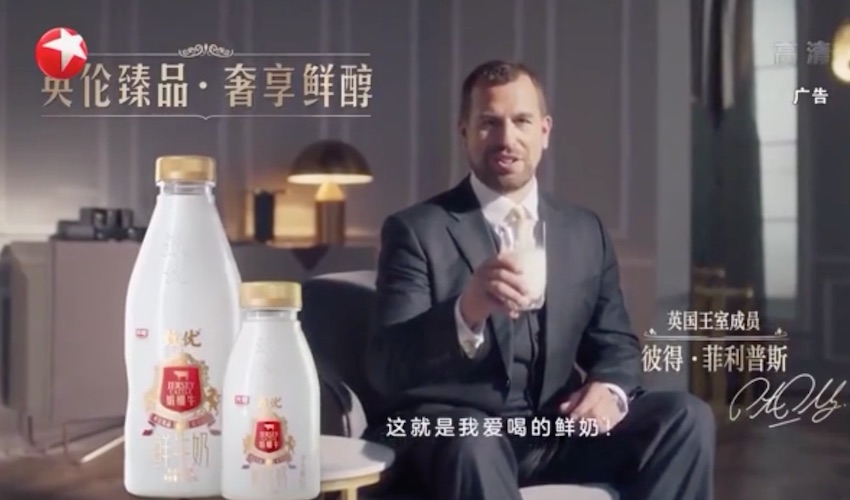 Pictured: At the end of the ad, Peter Philips says: "This is what I drink"

Bright Dairies' product is described as Jersey cattle milk owing to the fact it is made by Jersey cows, but it is not produced in Jersey.

However, in one bemusing scene, the camera pans over rolling green hills with a caption in Chinese stating: 'The royal estate of Britain - Jersey Island.' 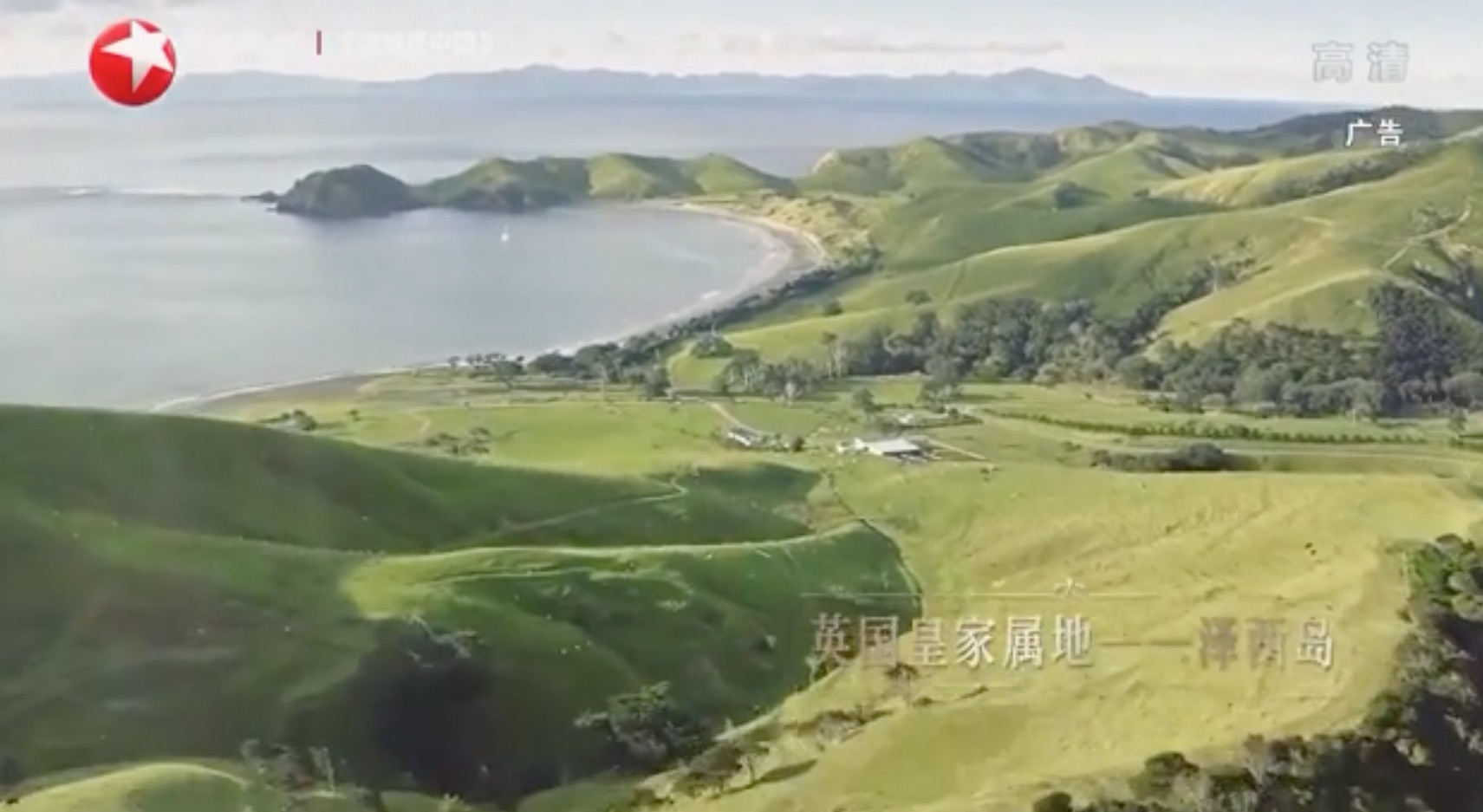 But the hills featured are not in Jersey, which is not part of the 'royal estate', while the cows in the advert do not actually appear to be Jersey cows.

Jersey Dairy does not currently export milk to China, but has had success elsewhere in the East, such as Hong Kong, where it was introduced in the early 2010s. 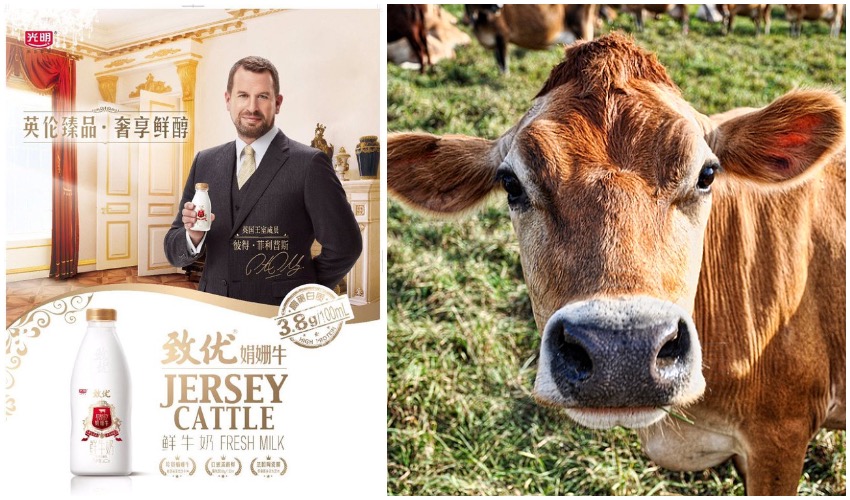 Pictured: The cows featured in the advert do not look like genuine Jerseys, like the one on the right.

So popular did the substance become in 2017 that Jersey Whole Milk topped the best-selling list of a popular chain store - even beating Coca-Cola in the process.

Since then, Jersey butter and ice cream have also been introduced to the market.

WATCH the full video below...