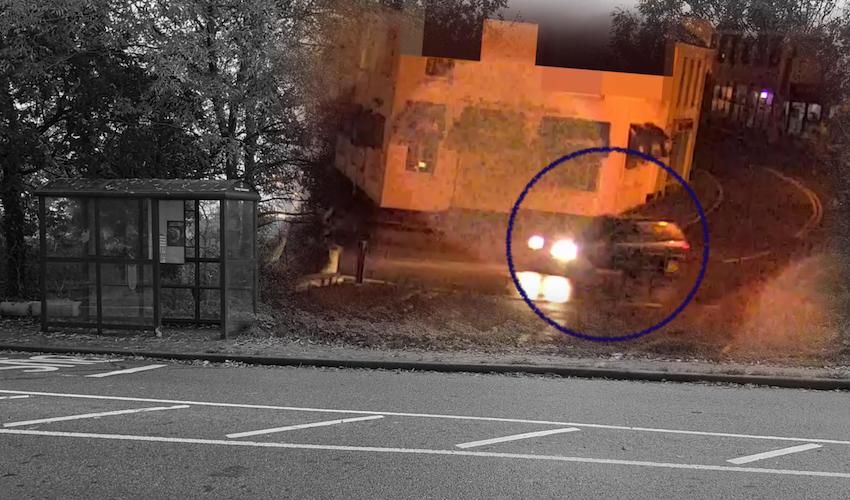 Police say they don’t have “any clear suspect” in the ongoing Gorey rape investigation as they try to track down a driver spotted in the area on Halloween, who may have “key information” relating to the incident.

Almost three weeks have passed since a teenage girl was raped whilst waiting at a bus stop on Halloween night, and Police are now appealing for the hatch-back driver to come forward in the hope they have information which will aid the investigation.

Pictured: Police are wanting to speak to the driver of this hatchback, spotted on CCTV.

Issuing the latest on their investigation, the Police say they have:

Updating on the case, Detective Superintendent Stewart Gull – Head of Crime Services at the States of Jersey Police – said: “As we approach the three-week anniversary of this reported attack, detectives continue to work hard pursuing a range of enquiries.

“In the absence of any clear suspect, this is by its nature time-consuming work – following every lead in minute detail and visiting and assessing a range of identified persons of interest.

“The response from the public has been significant and very helpful - we’re extremely thankful for the community support we’ve received. This will take time but please rest assured that we continue to do everything that we can to solve this case.”

In addition to tracking down the owner of the hatchback, Police are asking that anyone who recognises the man portrayed in the e-fit or was in the Gorey Common area between 11:30 and 00:30 on Halloween night (31 October) to contact them.

Pictured: If anyone recognises the man in this e-fit, they are asked to contact the Police.

READ MORE from Express on this story...