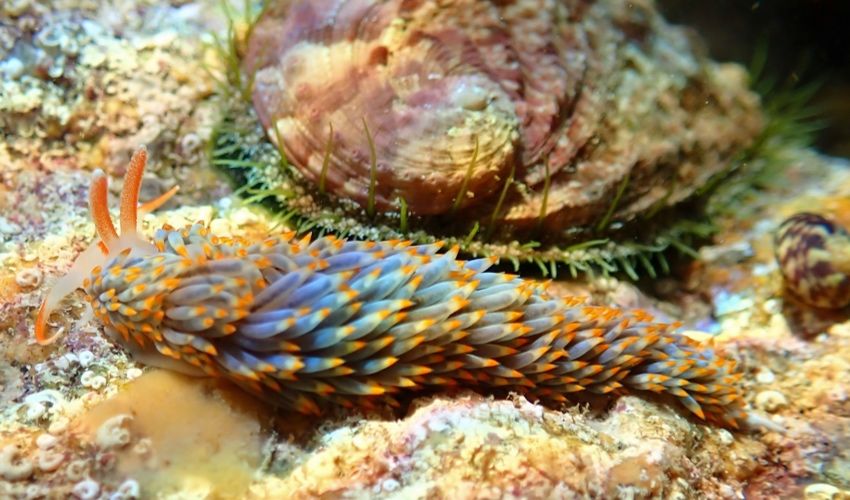 What is thought to be first recorded sighting of a rare sea slug in the British Isles was made on Les Ecréhous earlier this month when a colourful Berghia coerulescens was sported by marine biologist Nick Jouault.

The species is listed as under threat in France, and is usually found in the Mediterranean, and in the Atlantic from the Canary Islands up to Brittany.

Mr Jouault said: “On 8 August at Les Ecréhous, as part of the Société Jersiaise’s underwater research and monitoring work of the area, I discovered a rare and colourful sea slug some 5 cm long with eggs next to it.

“This is possibly another sign of warmer water species moving north. 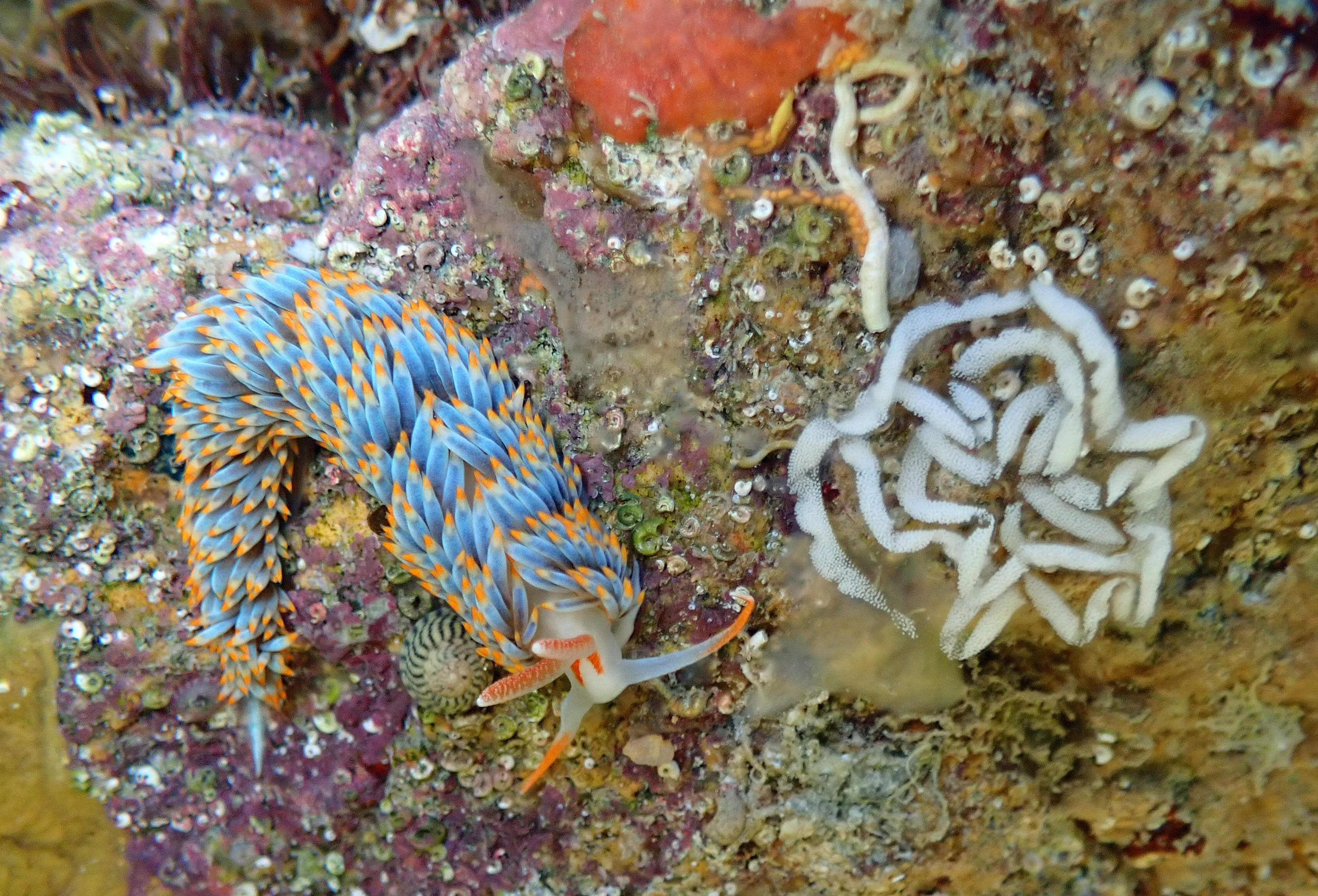 Pictured: The Berfhia coerulescens was spotted in a gully at the Ecréhous earlier this month by Nick Jouault (Credit: Nick Jouault).

“It feeds on anemones and this one was found in a tidal gully with slightly warmer sea temperatures than the open sea areas.

The find followed on from the recently reported brightly coloured sea slug Babakina anadoni discovered at the Scilly Isles recently, which was also a first for the UK.

Mr Jouault added: “Marine life at Les Ecréhous benefited from the covid restrictions with little or no human impact on the area, especially in the form of low-water fishing, but the area now opening up again there is an increase in legal and illegal low-water fishing.”

Ecréhous to receive special protection from next week