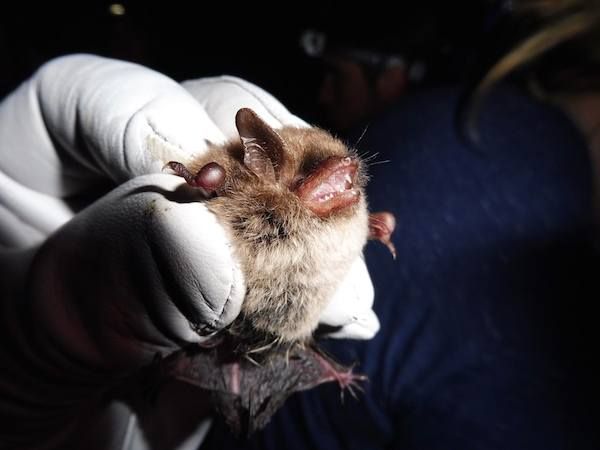 A rare European bat has been spotted hanging out here for the first time and we could soon see more of them roosting in the Island.

The Jersey Bat Group came across a pregnant 'Myotis alcathoe', a species first discovered in Greece, on a bat hunt in St Catherine's Woods.

The Group, who are working on a five-year project to try to discover what bats are living in our woods, checked the bat's DNA after collecting some of its droppings and were delighted when they found out it was the Myotis alcathoe - the first recorded sighting of one in the Island.

Bat Group volunteer and researcher Annika Binet said: “If this bat had been a male it would be possible that it is a vagrant from France, they sometimes get blown across in storms, or hitch a ride of boats, but as it was a pregnant female the odds are that it is a resident species, which we have always had but never previously come across.

“The next step is to go back and see if we can catch any more using a harp trap and acoustic lure, with which we can attract the bats to the trap, and if we are lucky enough to catch more then we hope to be able to attach a radio transmitter and track the bat back to the roost.”

The species is thought to be threatened in many places where it roosts because of its rarity and vulnerability to habitat loss.

Chair of the Jersey Bat Group Dr Amy Hall said: "We are very excited to find this species in the Island for the first time. As the Woodland Project moves forward there may be further exciting new discoveries."

Bat boxes have now been set up in five woodlands around the Island and are checked by licenced bat workers to see what has been living in them. They are also starting to use static bat detectors to record different species using different ultrasonic calls.