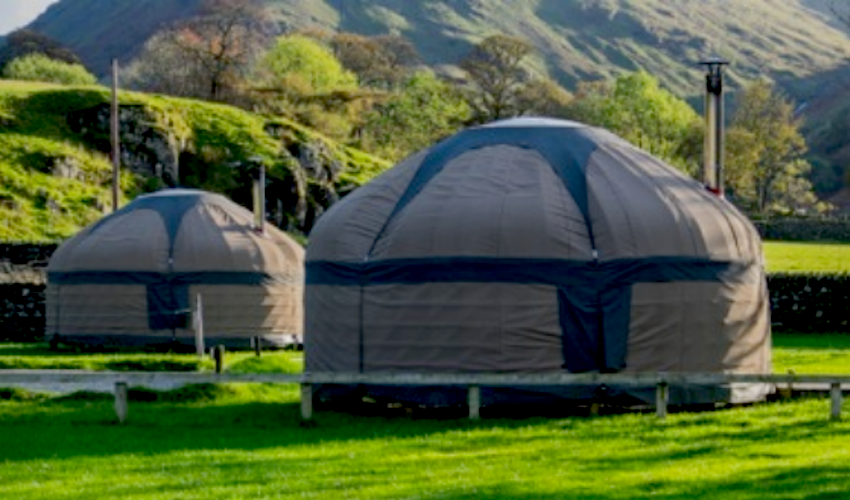 Planning have called for proposals for an 'eco-yurt' glamping site in St. Ouen be rejected after receiving a flurry of letters of objection expressing concerns about potential environmental harm, traffic, music, and alcohol-fuelled parties.

In a report to the Planning Committee ahead of next week's meeting, officers said that Jersey Organic Yurts' (JOY) proposal to construct five yurts on Field 01585 along Le Chemin du Moulin would be "harmful to the landscape and seascape character of the area", which sits in the Coastal National Park.

First applying for planning permission back in February, JOY said the purpose of their 'glampsite' was to help people "connect with nature".

A statement forming part of the planning application said that the yurts would mark a step forward for local sustainable tourism.

“In the current ‘climate’ (pun intended), people are seeking to get away from the constant causes of stress to find ways to connect with nature and our true environment,” it read. 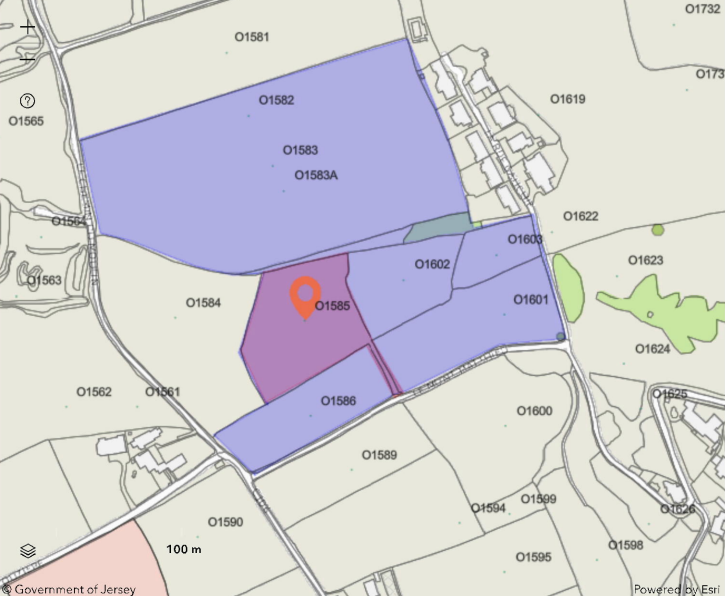 It continued: “This presents a great opportunity for JOY and Jersey to pioneer a small model of sustainable tourism that everyone and everything can benefit from.

"We would be actually giving back, rather than taking away.

“With similar sites already existing such as Durrell and Beuvelande Campsite (which feature yurts made by JOY), we would fill the void out west for an ecological camping experience that doesn’t ‘cost the earth’.”

Creating the campsite requires a change of use for the field from agriculture to tourism.

Landscaping works would also be needed to make the 175sqm site suitable for the yurts and supporting infrastructure.

Those works include the establishment of an ecological habitat area to protect the surrounding populations of reptiles, amphibians, small mammals and plants.

The Planning Department received 34 letters in relation to the development of the yurts. The 23 letters of objection outlined concerns such as environment harm, potential eyesore of machinery and vehicles, increased traffic, parking pressure, loss of agricultural land and ecology, and disturbance from litter, rubbish, music, lights and "alcohol-fuelled parties". 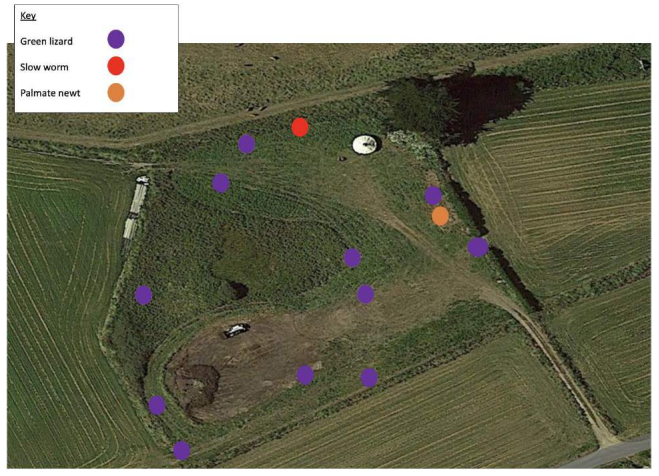 Pictured: An ecological map of the existing area, highlighting the different species which currently call it their home.

The applicant responded to public comments, stating that many of the concerns are "unfounded". In particular, it was noted that traffic, alcohol and parties would not be permitted within the site. They also suggested that a limited five year licence could be appropriate to test the environmental theories of the application.

The 11 letters of support of the site highlighted the high demand but lack of availability of camping opportunities in Jersey, and suggested that this was an innovative idea which would be a welcome addition to the island's tourism offering.

Those in support of the yurts added that this is a "low impact" way for people to enjoy St. Ouen's Bay, explaining that the operators are environmentally-conscious and that local business and green tourism should be supported.

The recommendation by the Planning Department acknowledged the support for rural diversification and development of new tourist accommodation, and notes that the proposed agricultural site has not been actively farmed for many decades and therefore agrees that the creation of the yurts would not facilitate the loss of any good quality agricultural land.

Planning Department did not believe that the proposed use would be harmful to neighbouring amenity, however, but ultimately recommended it for rejection as the site is "in an exposed and remote rural location within the Coastal National Park and Protected Coastal Area" and is thus "highly visible across the plain of St. Ouen's Bay".

The Planning Officer therefore concluded that the "development of a campsite in this area would be harmful to the landscape and seascape character of the area".

From the photo - I thought the aliens had landed from the planet Yurt?
Posted by Keith Marsh on Nov 11th, 2022
Of course it was rejected, anything that helps the local economy, and our pitiful tourism sector must automatically be wrong. No wonder Jersey is going broke.
Posted by Scott Mills on Nov 11th, 2022
No no no no no no no no no no no. the Fun police of Jersey. Wow 5 yurts. Hardly going to be like the raves we had on elizabeth castle back in the day. So 5 yurts, let's say maximum of 20 people. Yeah trouble right there. Oh wait it's in St.Ouen a place more backward than Qatar. Not a chance. WE should leave the st.ouenies to their parish, and not let them cross the border. Oh wait they self contain themselves already. Shocking decision.
Posted by Richard Lock on Nov 12th, 2022
Adverse comments to planning based upon pure supposition and conjecture should be immediately consigned to the dustbin.
Posted by Sheila Young on Nov 12th, 2022
Five yurts in the middle of an isolated field, hardly Glastonbury. I don't think we would have needed the riot police on standby, in the highly unlikely eventuality that this good idea had been given the go ahead!
To place a comment please login Login »