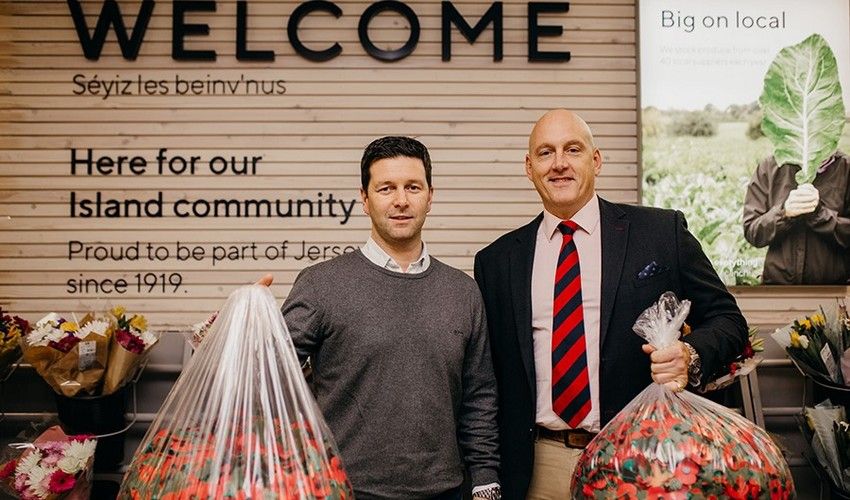 Islanders are being urged to drop their paper poppies in boxes positioned in Co-op stores so that they can be recycled by prison inmates in the UK.

The Jersey Branch of the Royal British Legion and the Channel Islands Co-operative society have joined up to avoid poppies washing up on local beaches.

The recycling scheme was launched in the Channel Islands last year following a post on a Facebook group which promotes plastic-free initiatives. The post showed poppies washed up on Jersey beaches and urged the Royal British Legion to use recyclable materials for their poppies.

With the support of the Co-op, the Legion placed boxes in selected stores for islanders to leave their poppies.

Pictured: The Cenotaph after this year's Remembrance Day ceremony.

This year, recycling boxes will be on display until 30 November at, or near, the customer service desks at Grand Marché St. Helier, Grand Marché St. Peter, Locale Grouville, Locale Charing Cross and Locale Colomberie.

"As an ethical retailer this scheme resonates fully with our commitment to protect our environment by reducing plastic waste whilst, helping to raise funds for this very special cause. I would encourage anyone with a paper poppy to drop it into one of the recycling boxes across our selected Jersey and Guernsey stores between 12 and 30 November."

Once all the poppies have been collected they will then be shipped to the UK where they will join a national recycling scheme at The Poppy Factory, in London. From there the poppies will be dispatched to a nearby prison where inmates will separate the different parts, the plastic stem to one side and the paper leaf and flower head to the other.

Pictured: Parts of the poppies can be recycled to create new ones, helping to keep costs down for the Poppy Appeal.

The parts that can be recycled into new poppies for next year’s appeal will be delivered to The Poppy Factory in Richmond, London. The factory was founded in 1922 to offer employment opportunities to wounded soldiers returning from the First World War, creating remembrance products for the Royal Family and the annual Poppy Appeal.

"We are delighted to be recycling the paper poppies for a second year and hope it continues for many years to come," Tim Daniels, Chairman of the Royal British Legion, Jersey branch, added.

"Our thanks go to The Channel Islands Co-operative Society for their continued support. It is an important initiative for us, as parts of the poppies are recycled and used again the following year. This raises funds for the Poppy Appeal by keeping the cost of producing the poppies down. We are, of course, also keen to do our bit for the environment and reduction of plastic waste."