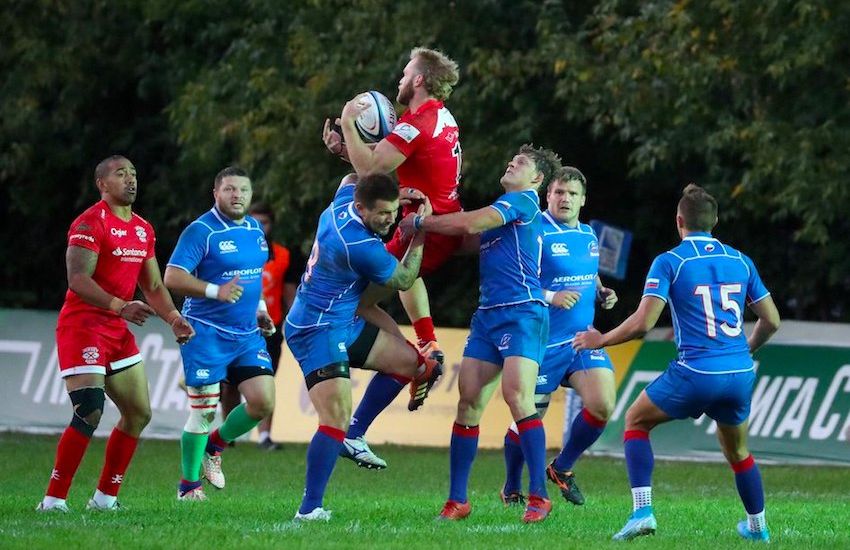 Four Jersey tries from Jones, Dyer, Van Dam and Ma’afu saw the visitors sitting pretty 28 – 12 at the end of the first half.

But the home team, nicknamed ‘the bears’, came back with a vengeance in the second half, and it was a nail-biting finish with the Reds fighting hard against a determined counter attack to secure what must be considered one of their most famous victories of all time.

Russia's team is ranked 20th in the world, and is playing in the World Cup in Japan next month. They’re in the same group as the hosts, Samoa, Scotland and Ireland.

The surprise fixture came about thanks to Jersey Reds’ new scrum half Luc Jones.

Match report as the Reds defeat the Russians - https://t.co/YHOHFzl1D8 pic.twitter.com/koQdnS54pU

His father, Lyn, coaches the Russian side, and contacted the island after the team that were supposed to be playing the Bears in their warm up match for Japan had to cancel at the last moment.

A 28-strong Jersey squad made the trip to the Russian capital for what has been described as the match of a lifetime.

Second tier rugby side Jersey Reds have won 35-22 away to Russia in a pre-season friendly.

Russia are ranked 20th in the world. pic.twitter.com/apHO5GbcyR

The game was streamed live and was shown at the club in St Peter.

It’s hoped the Russian side might be able to make a return visit to the island some time in the future.

@jerseyrfc thanks for coming good luck in the future lads

Pictured top: Jersey Reds in action against the Russian side. (Jersey Reds/Twitter)