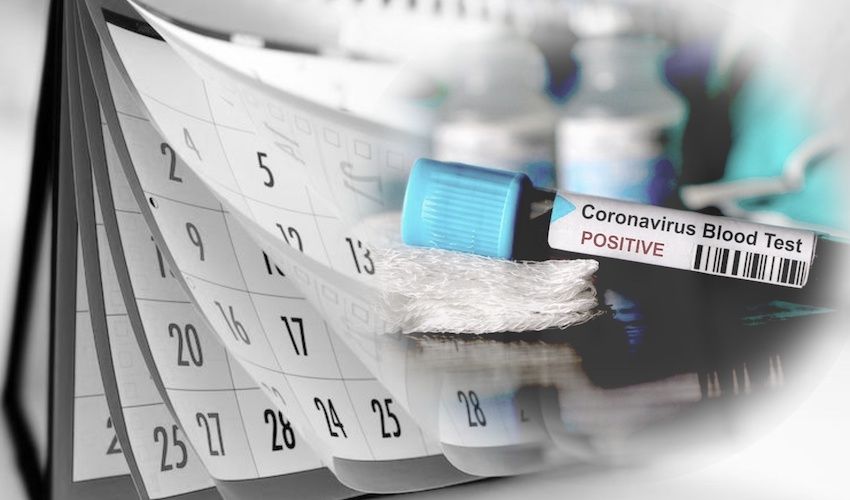 The number of people catching covid-19 in Jersey has fallen from more than two new infections per patient, to fewer than one since restrictions began, figures released today have shown.

The finding came in a new report on Jersey’s ‘R’ number put together by Statistics Jersey, showing how measures such as physical distancing, school closures and the ‘stay at home’ order have dramatically affected the number of cases of the illness being passed through the community.

The ‘R’ or ‘reproduction’ number has been hailed as crucial in understanding the threat posed by the virus, and providing insight into how lockdown can be eased.

It shows the number of people that one infected person will go on to spread covid-19 to. 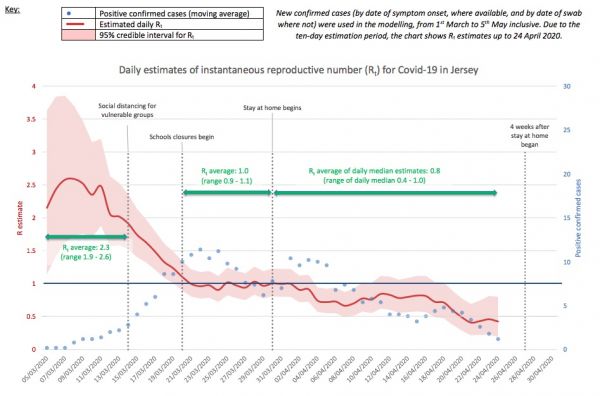 A number higher than one is considered dangerous, as the number of cases will increase rapidly, potentially straining health services to the extent that they may not be able to cope.

Today’s report shows that Jersey’s number was as high as 1.9 to 2.6 in the early days of the crisis - meaning every one patient was infecting two or more new people.

However, this began to rapidly decline as protective public health measures were introduced, such as physical distancing, which was initially reserved for vulnerable groups, before being introduced for the whole population.

When lockdown began in Jersey, ‘R’ began to drop below one - a internationally-recognised signifier that the disease is petering out.

By 24 April, R stood at 0.4. However, this figure may have risen since Jersey stepped down to 'Level Three' this week.

We have now published our preliminary analysis following the completion of a survey of Islanders in order to estimate the prevalence of SARS-CoV-2 related antibodies in the Jersey population. Read it here: https://t.co/8rL4YQHFtA pic.twitter.com/iQJEwZQa6H

The new figures can now be used to further inform Jersey’s approach to exiting lockdown, forming the basis of estimates as to how it will spread as different restrictions are lifted.

“Although there is a degree of uncertainty in these estimates, the broad trend and levels are useful to indicate the impact of mitigation and to inform further decision-making,” the report read.

Statistics Jersey put together the report following a method devised by Imperial College scientists, and using data from 1 March to 5 May.

The data underscores the low level of new cases arising in the community.

3,481 confirmed negative
296 confirmed positive
16 pending
There have sadly been 27 deaths related to COVID-19.

At present, the number of islanders officially confirmed to have the illness stands at 296, with just three new cases in the past week.

27 islanders have passed away from the illness, while 226 are deemed to have recovered.

However, the results of a recent antibody testing pilot suggest that around 3,300 islanders may have been infected.

Posted by nigel pearce on May 14th, 2020
The article states that 27 people have died from the illness. The majority, if not all these deaths were due to other causes, not coronavirus, though the virus might have hastened their deaths in some cases.
Posted by Jon Jon on May 15th, 2020
It’s still surprising that there are still new cases of this virus,as an Island surely by now there should be none,unless people aren’t bothering to self isolate.
Posted by Scott Mills on May 15th, 2020
So glad we have the nightingale hospital. Put some breeze blocks around it, and we'll have our new hospital.
To place a comment please login Login »