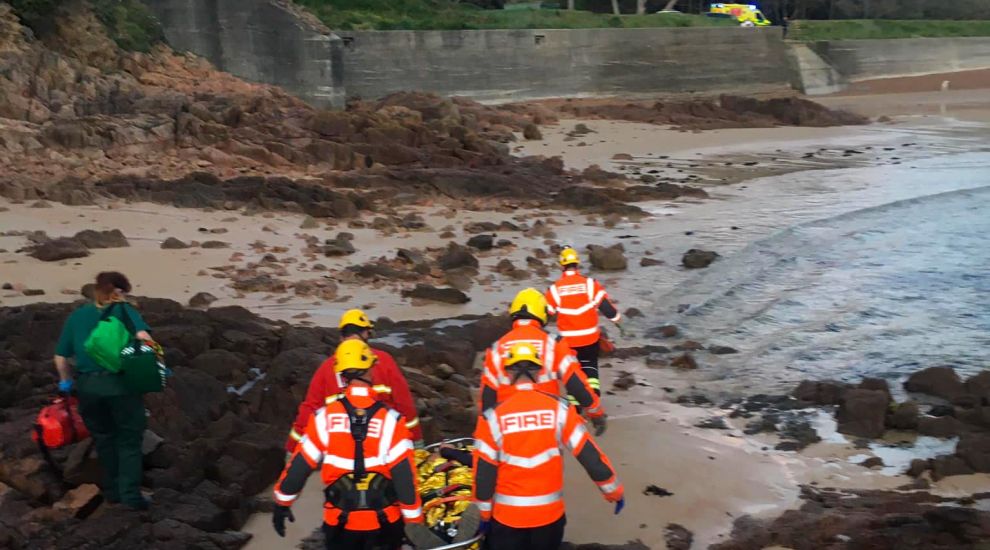 Rescuers and paramedics were called out to Ouaisné last night after an islander fell several metres onto rocks in the bay.

Jersey Fire and Rescue said the call-out came around 20:00.

They said that the "casualty was initially treated on scene for minor injuries".

However, they were then placed on a stretcher and taken to a waiting ambulance to be transported to hospital for further assessment.