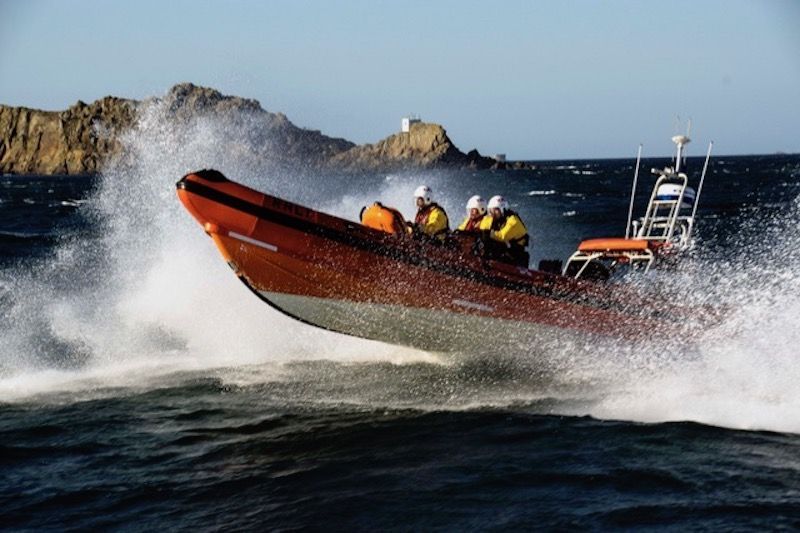 A pair of Jersey sailors who got lost at sea after a day of drinking had to be rescued by a Guernsey lifeboat yesterday.

The St Peter Port Inshore lifeboat found the pair in the early hours of Sunday morning wearing wet clothing and suffering from the cold.

The lifeboat, 'Elizabeth and Margaret Milligan', had been launched at 00:01 by the Guernsey Coastguard to help the 21ft speedboat, 'Apache', which had left St. Peter Port harbour the previous evening and become lost.

After finding the boat and its two occupants, the lifeboat escorted it back to St Peter Port, where it was met by Coastguard and Harbour Officers who handed both occupants over to St John's Ambulance and Rescue Service to be assessed.

A Coastguard officer said: "This incident was largely due to the crew taking their vessel to sea, in the dark after consuming alcohol throughout the day. The vessel was not appropriately equipped for returning to Jersey at night and had very limited safety equipment onboard."

The officer reiterated the Harbourmaster's "three Ps message" - all mariners should 'prepare' their vessel and themselves for the intended trip to be undertaken, 'provide' the correct equipment onboard and 'perform' responsibly on the water.

Posted by gordon le claire on Oct 18th, 2021
well how irresponsible is this not only putting their self's at risk but also the lifeboat crew I do hope the hard hit with a fine operating a vessel while intoxicated and endangerment
To place a comment please login Login »