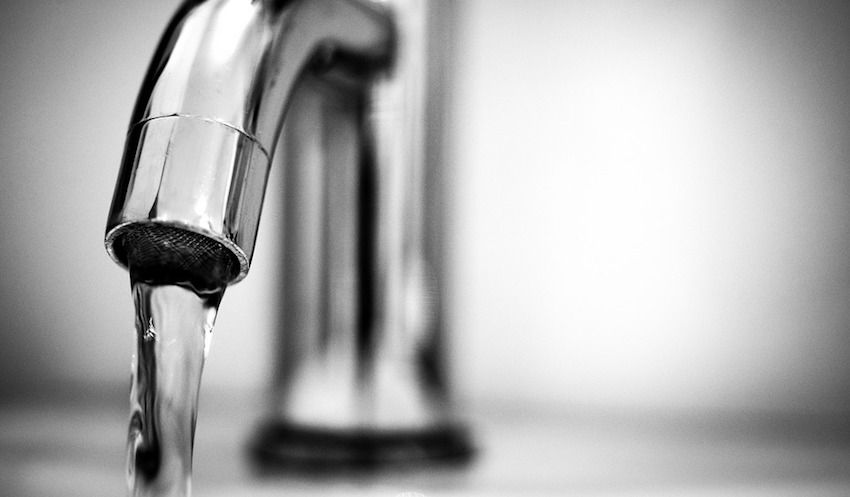 Islanders living near the Airport have been reassured their tap water is still “okay to drink” - despite traces of a pollutant contained in fire-fighting foam being found in a borehole supplying 50 homes in the area.

Environmental Health issued the alert to residents in the area yesterday afternoon.

Having identified the chemical as perfluorooctane sulphonate, which is known as PFOS, and is also found in carpet and clothing treatments, the department said it would now be carrying out an investigation to identify the source of the contamination and establish whether neighbouring boreholes are also affected.

Pictured: Testing of the borehole's water by Environmental Health showed that there were trace levels of the pollutant present.

Officials are now writing to the residents of the 50 homes affected to assure them that the traces found are “many times lower than the maximum concentration deemed safe by the World Health Organisation, the EU and the UK Drinking Water Inspectorate (UKDWI).”

The department says that the borehole water was first tested at the request of a resident. Tests of this borehole and some “other nearby boreholes” have returned positive results which “confirmed very low levels of PFOS”, but some of the results are “still pending”.

The Director of Environmental Health, Stewart Petrie, said: “We are telling residents that it’s still okay to drink their tap water. They are not going to get ill as a result of these traces. The amount found in their supply is less than a hundredth of the maximum limit.

Pictured: PFOS is an organic pollutant normally found in treatments for clothing and carpets as well as in fire-fighting foams.

“Nevertheless, we understand the concerns that this will raise and that it’s important to determine what the source is. We are keeping residents informed by writing to them, spending time with them, and we will be holding a briefing for them so that Environmental Health officers can answer their questions and allay their fears.”

The Minister for the Environment, Deputy John Young, has established a group to manage the issue, and will decide what further action – if any – should be taken once the results are known. The Minister will receive an interim report by the end of April with findings to date along with recommendations.