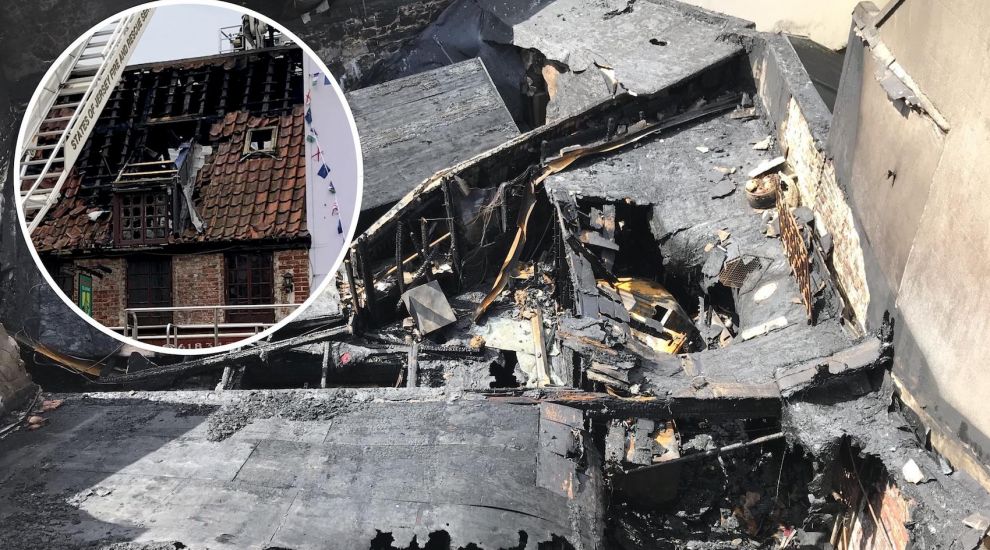 Roads surrounding a town pizzeria that was gutted in a significant blaze will remain closed until tomorrow as the roof of the 300-year-old building is removed and the area made safe.

The last fire vehicle left the Pizzeria Romana premises at 17 Charing Cross at 13:09 today - nearly 24 hours after the fire first broke out.

Fire investigators remained on the scene throughout the day, but have now also left. Police said that the cause of the fire is still yet to be confirmed.

They added that structural engineers from the Parish of St. Helier and the Jersey Development Company (JDC) had also been assisting on site, and that the roof of the 18th century building is being removed. It is hoped that the walls will be able to remain in place.

Broad Street, York Street and Charing Cross are expected to remain closed until 17:00 tomorrow while investigations continue. Police said that the area will only reopen when the building's structural integrity is assured.

Motorists have been urged to avoid the area, and check social media for updates. 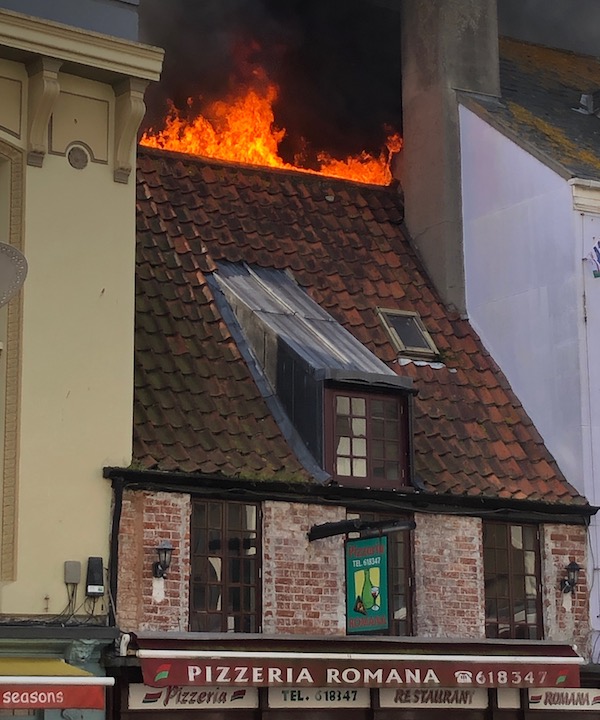 Pictured: The fire on the roof on Monday afternoon.

Pauline Cornick, who owns and grew up in the property neighbouring the restaurant, told Express that she hoped Charing Cross would be able to "rise like a phoenix out of the ashes" after the blaze.

Pizzeria Romana, and her building, 16 Charing Cross, are two of few surviving examples of 18th century buildings within central town with many original features.

Pictured top: The roof of the pizzeria, which is being removed. (Jersey Fire and Rescue Service)

Investigation launched after fire breaks out at town pizzeria

Neighbour's vow after Charing Cross fire - "Out of the ashes, we will rebuild"