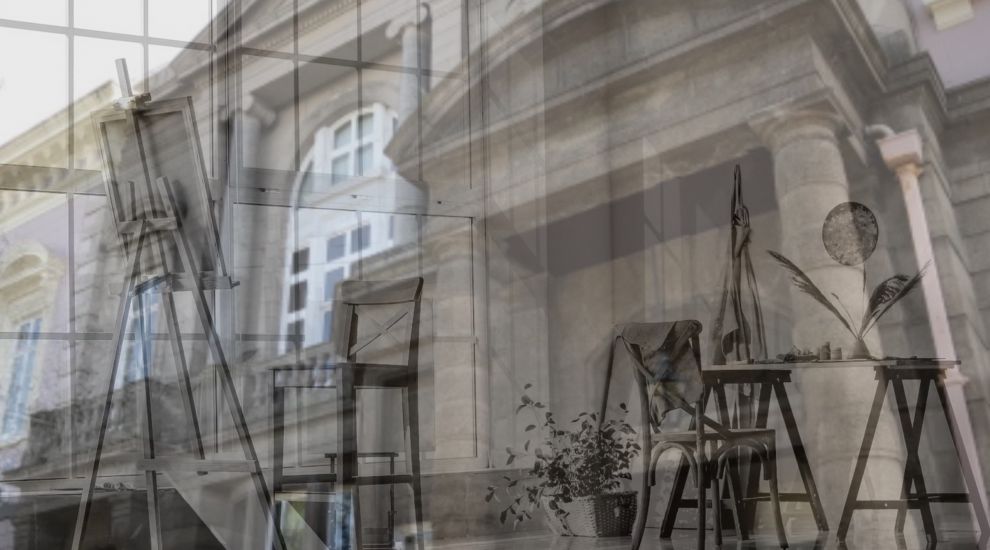 The Royal Court has taken the rare step of referring the comments of a world-renowned art dealer to the Attorney General after he admitted to falsifying documents while giving evidence in a separate case.

Son of one of Melbourne’s wealthiest families, New York-raised Andrew Valmorbida appeared in the Royal Court in May, where he was cross-examined about his dealings with a former client, City tycoon Christian Hore, who was suing him.

While he described himself as having an “extremely good reputation and presence in the art world on both sides of the Atlantic”, the Royal Court concluded in a recently-published judgment that he was “serially dishonest”, saying that it was important that his dealings were “exposed” and that any Jersey service providers working with him have full knowledge of his activities.

The Court – presided by Deputy Bailiff Robert MacRae, sitting with Jurats Robert Christensen and Elizabeth Dulake – also said it had “significant concerns” about reported “attempts to disguise his tax residence”.

While his appearance in May was in relation to a civil case, so concerning was some of Mr Valmorbida’s evidence that he had to be cautioned “to the effect that he need not say anything, but anything he might say may be used in evidence against him either in Jersey or in other jurisdictions.”

In its judgment, the Royal Court described this as “extremely unusual”, with none of the sitting members having ever experienced it before.

The Court had to break twice so that Mr Valmorbida’s legal representative, Advocate James Gleeson, could give him legal advice.

In cross-examination, Mr Valmorbida had himself  “accepted that he had both used and created false documents for the purpose of obtaining loans from four lenders on the footing that he owned artwork which, in each case, was largely not owned by him.”

Before closing arguments, Advocate Gleeson was forced to concede in court that, Mr Valmorbida had indeed made fraudulent misrepresentations.

In addition to these, the Court was told of two instances in which Mr Valmorbida had altered invoices to suggest to a purchaser that he was selling paintings at “cost price” – when in fact they were being sold at a $200,000 profit.

He also admitted knowingly making false representations to Investec Bank – including saying that he owned paintings that were owned by a company of which he was formerly 50% shareholder called ‘Untitled – Copywright Limited’ – “for the purpose of obtaining funds for himself.”

One, from Falcon Fine Art, worth $6.5m was secured against paintings worth millions – many of which were not part of his own art collection.

Meanwhile, a $5.5m loan was sent to Mr Valmorbida’s personal bank account in the Isle of Man by the Fine Art Group after he used a client’s painting – an Auerbach – as security without their consent.

The Court observed in its judgment that a forged invoice was created to suggest he owned it. This painting was then sold on without the consent of the Fine Art Group.

Furthermore, Mr Valmorbida admitted knowingly using falsified invoices in order to represent to The Fine Art Group that he owned paintings by Francis Bacon and Basquiat that were in fact owned by Untitled – Copywright Limited and “admitted to lying under oath when making a statutory declaration in London on 12th February 2018 to the effect that each work of art was ‘100% legally and beneficially owned by me’ for the purpose of obtaining monies from The Fine Art Group.”

Mr Valmorbida also kept the proceeds from the sales of certain works owned by Untitled – Copywright Limited for himself, including a $6m Basquiat work, and another $6m work by George Condo.

After paying back his loan to Fine Art Group – whose terms he breached – Mr Valmorbida obtained a $6.7m loan from Sotheby's, which was paid into his personal account.

He admitted that he made false representations about the ownership of certain works of art as he attempted to secure the loan.

Finally, the Court noted, he had come to a settlement with Mr Hore in October 2018 in which he promised to play sums in various instalments. This settlement was secured by seven artworks worth $14.8m.

Of those, he had already sold two and retained the proceeds for himself, pledged four to Sotheby’s, and the remaining one was only worth $500,000.

While Mr Hore and the other plaintiff in the civil case, Little Wing Investments Limited - together represented by Advocate Damian Evans - and Mr Valmorbida came to a settlement about the May case after it was heard, bringing the legal proceedings to an end, the Court still decided to publish its findings on the basis that “it is very much in the public interest for a person with Mr Valmorbida’s profile to have his dealings exposed”.

In July, the Court indicated that it would be taking the unsual step of transferring the case papers to the Attorney General “for his consideration as to whether or not they should be sent to the Director of Public Prosecution.”

“However, this Court does not know what action, if any, the DPP will take and that is a separate matter and should not be a factor that either points in favour or against publication of this judgment, save the fact that it seems to be inevitable that the Attorney General for Jersey and/or the Director of Prosecutions will be assisted in better understanding this case if there is a published judgment from the Royal Court,” it said in its judgment.

The judgment added: “…The Jurats, in retirement, expressed the view that Mr Valmorbida appears still to own companies in Jersey and has service providers looking after his interests.  It is important that they know of the findings that the Court has made in this case.

“We do not know the extent to which the regulator is aware of the activities of Mr Valmorbida and the extent to which, if at all, the assets of the company may be the proceeds of, or connected to, crimes committed by Mr Valmorbida, should it be the case that any of these activities amount to crimes.  There were certainly significant concerns arising from the evidence in relation to Mr Valmorbida’s tax status and his attempts, on the evidence of the Plaintiff (which we accepted), to disguise his tax residence.”

When Express contacted the Jersey Financial Services Commission to ask whether it was aware of the judgment and reviewing any entities linked to Mr Valmorbida, a spokesperson responded: "We would not comment on whether or not we are investigating a specific individual or entity."