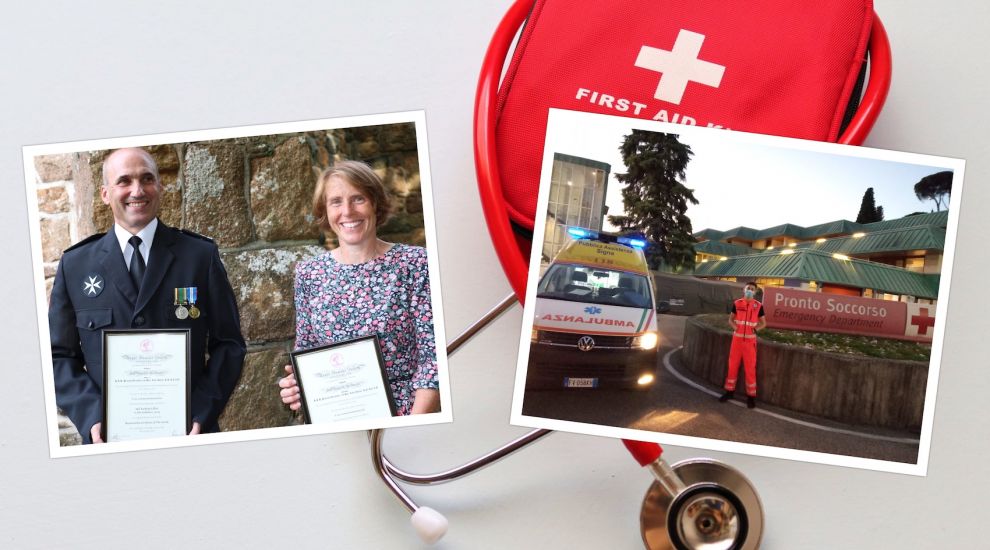 Three Jersey first aiders have been awarded with a Royal Humane Society Certificate following their resuscitation of a festival-goer last year.

The certificates were awarded in recognition of their response to an incident that happened when the trio were on duty at a St. Helier music festival in 2019, where a man collapsed with a heart attack.

At first, the man was still breathing, but circumstances quickly changed and soon enough that breathing stopped. 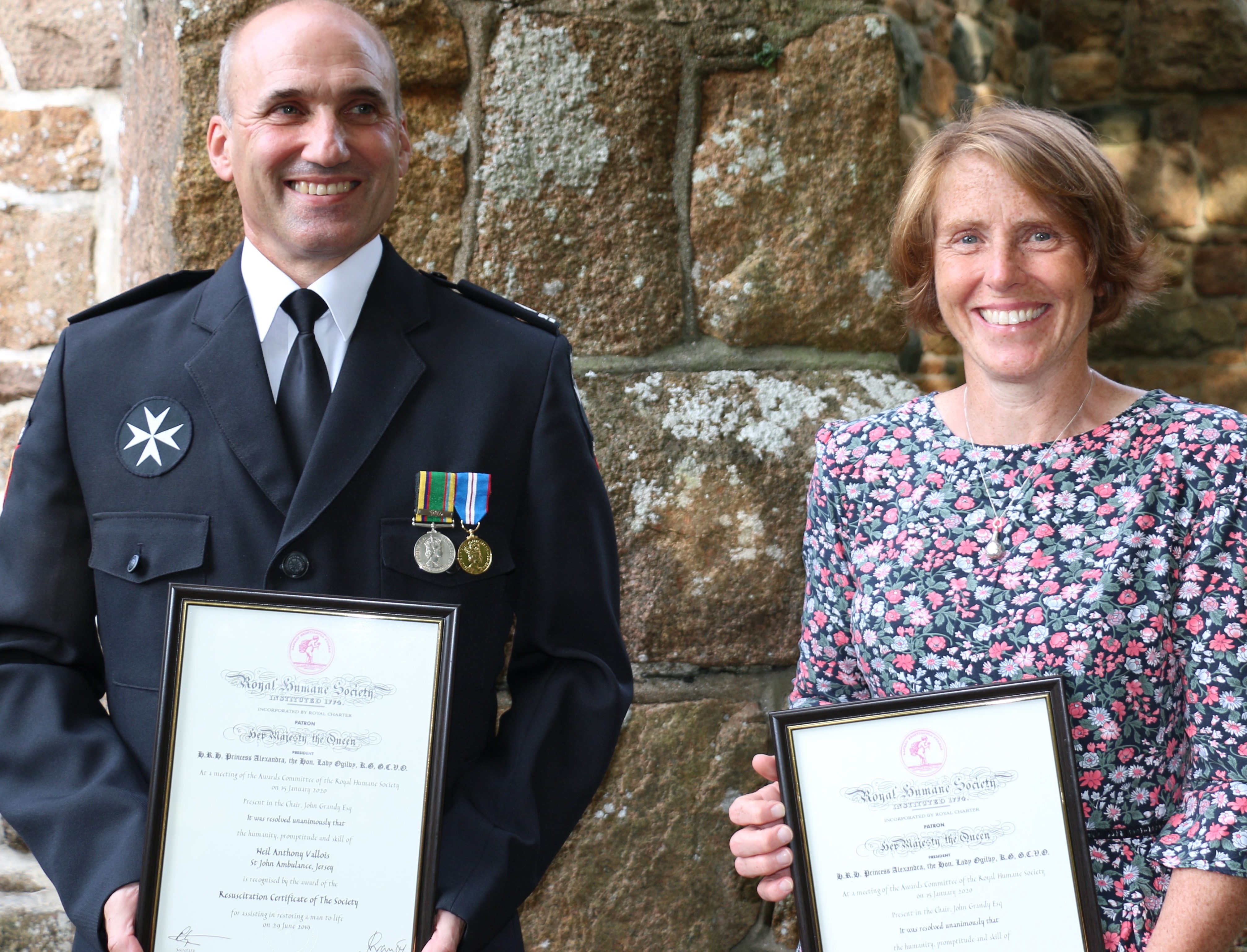 Pictured: Neil and Helen were awarded the nationally recognised certificate at a ceremony at St Saviour's Church.

What followed was a battle for the man’s life, with the first aiders administering cardiac pulmonary resuscitation whilst waiting for a defibrillator, before administering a shock, continuing CPR and giving the kiss of life.

Fortunately, the man’s pulse returned, and he went on to make a full recovery.

Neil Vallois and Helen Clayton picked up the award at the event at St. Saviour’s Church, though Tom Martin Hughes could not be there as he is currently in Italy, where he is continuing to volunteer with his first aid expertise.

It follows the rare ‘Spirit of Jersey’ award that the first aiders received from St John’s Ambulance in 2019 for their “outstanding act.”

In his recommendation to the Royal Humane Society that the three should receive the awards, CEO of St. John Ambulance Jersey Barry Marsden stated: “When a patient stops breathing permanent brain damage starts to occur after three minutes. Without the use of a defibrillator the chance of survival of a patient diminishes by every 10% every minute.

“Clearly none of this happened to this patient as he has made a full recovery and has been to meet the people who saved his life. The three volunteers are first aiders and not paramedics.” 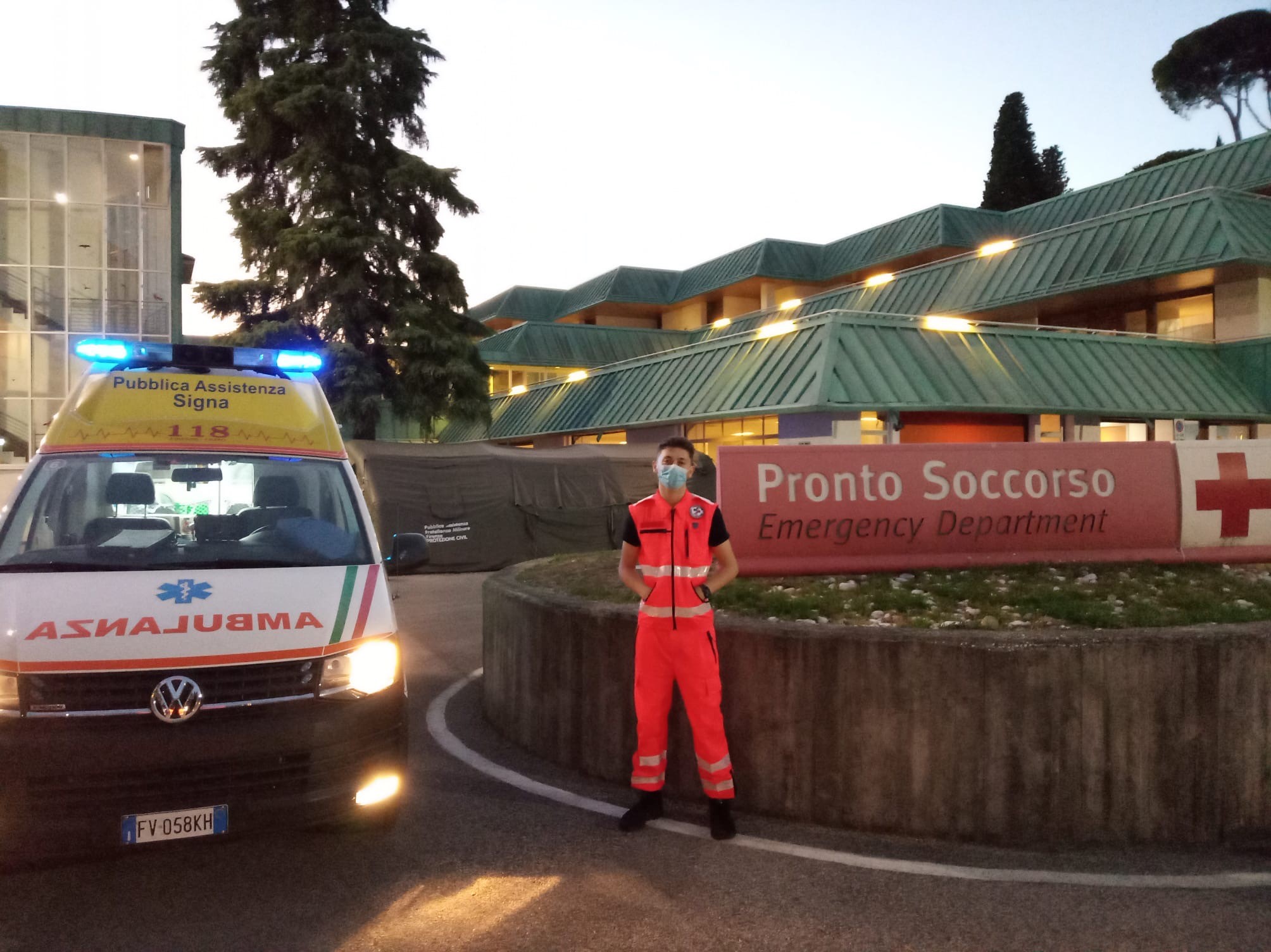 Pictured: Tom couldn't be there to receive the award as he is currently volunteering in Italy.

Speaking about giving the award, the Secretary of the Royal Humane Society Andrew Chapman, said: “The swift action of these three was undoubtedly a life saver. Put simply, they were the right people in the right place at the right time and they made the difference between life and death. They did a wonderful job and richly deserve the awards they are to receive.

“This is yet another case which emphasises the value of as many people as possible, not just first aiders and those such as the police, but members of the public too, learning CPR techniques.

“I’m sure that no-one who undergoes this sort of training really wants to be called on to use it. But as this incident graphically shows, it can, as it did here save a life.”

Other members of St. John Ambulance were also recognised for their efforts at the Annual Celebration, with awards handed over by Patron of St John Ambulance Jersey, His Excellency Sir Stephen Dalton.

St. John Ambulance recognised the efforts and dedication of members as young as 10 who received their Super Badger Award to members who have spent an incredible 47 years providing hours of voluntary support to the community. 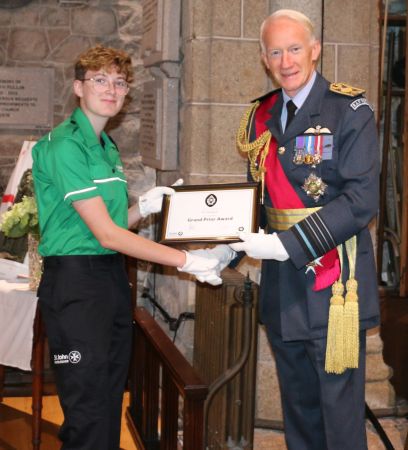 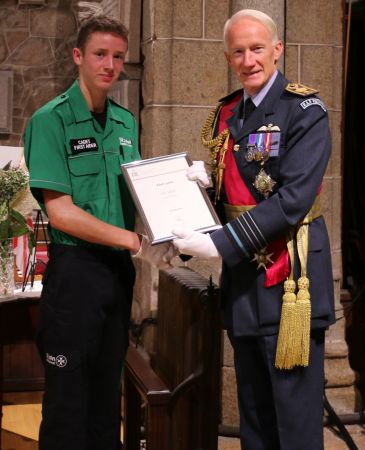 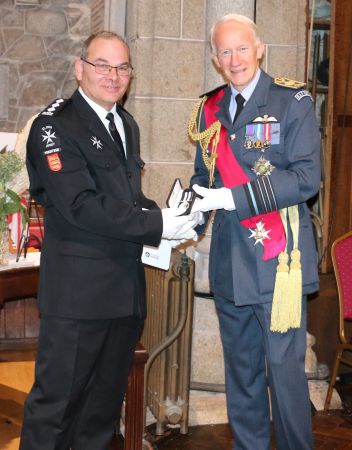 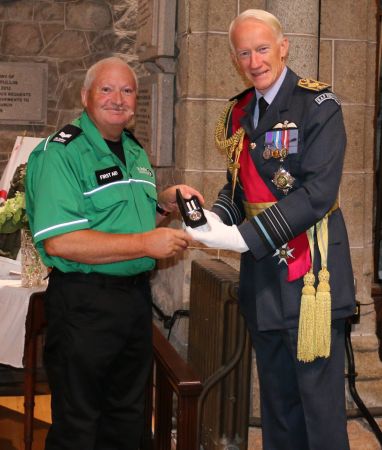 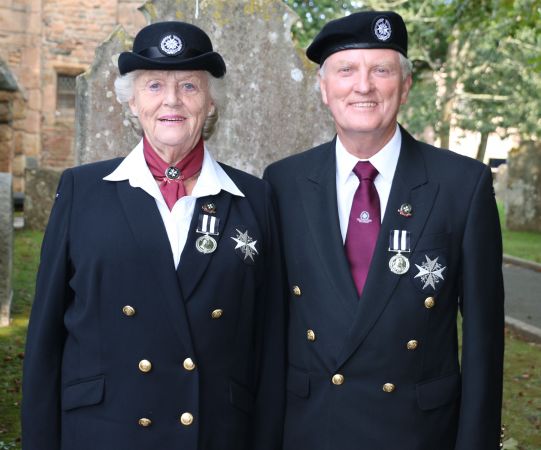 Competition invites children to dress up as knights