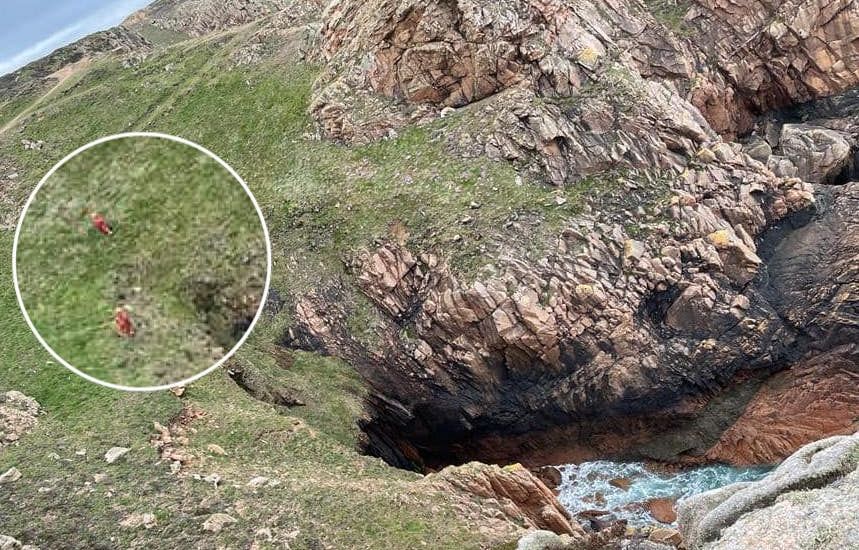 Rescuers have been praised after saving a dog who had fallen over a cliff edge in the nick of time - just before the tide came up.

The pup took a tumble while in the area of Les Landes around 10:30 this morning.

Jersey Fire and Rescue were called, rushing to the area with rope rescue equipment.

Fortunately, they reported, the canine was rescued "just before ether tide covered its resting place", but had sadly suffered what were described as "extensive injuries" and needed to be taken to a nearby vets by the JSPCA for treatment.

As well as sharing their well wishes with the injured mutt and its owner, islanders have since praised the rescuers for their efforts on Facebook.

"Speaking from experience it is a deeply traumatic situation. Our Fire and Rescue service are second to none and selflessly, without judgement, carry out such an amazing service to everyone on the island, these heroes need to be recognised more often for what they do. Sincerely hope the dog makes a speedy recovery," Andrea Greenwood said.

"I hope the dog recovers but thank you to our wonderful Jersey Fire and Rescue for getting up," commented Jo Brown.

Jersey Fire and Rescue have since advised dog owners and walkers to "consider keeping dogs on a leash while near unguarded drops."

Pictured top: The rescuers heading down to help the dog. (JFRS)