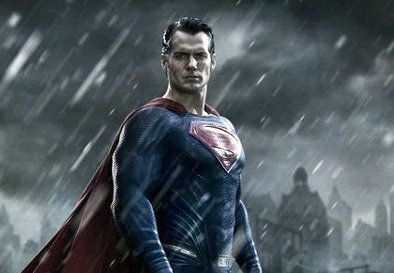 Jersey's very own Hollywood heart-throb Henry Cavill will be supporting the Island's rugby team at tomorrow's Siam Cup - and he'll be offering some lucky punters a fancy night on the red carpet in London at his next A-List premiere.

That’s one of the prizes up for grabs in the auction at tomorrow’s game, where you could get to meet Superman in person, at the annual Jersey versus Guernsey rugby showdown.

As the Wildlife Trust’s Ambassador Henry will be mingling with the thousands of fans turning out to spur on the Reds and helping Durrell to auction off prizes to those lunching in the clubhouse and hospitality marquee that include tickets to see the premiere of his new movie - the rebooted The Man from U.N.C.L.E as well as passes to the after-party.

The Siam Cup dates back to 1920 and this year’s event, sponsored by specialist fund administrator Ipes, will see the Caesareans host their Sarnian rivals in three men’s matches – 1st team, 2nd team and Veterans, as well as the ladies Siam.

Jersey RFC Chairman Bill Dempsey said: “There’s a lot of excitement building ahead of the event, it’s a big day in the rugby calendar and the fact we’ve got one of our best supporters in the House and raising money for a very good Island cause is a bonus.

“Both Islands have had some injuries at the end of a long, hard season but we’ll both be selecting our strongest available. Guernsey haven’t won the Siam Cup since 2008 and we hope to keep our winning run going.”

The action kicks off at St Peter with the veterans match at 10am, followed by the Second teams at midday. The ladies' match starts at 1pm before the big one at 3pm!