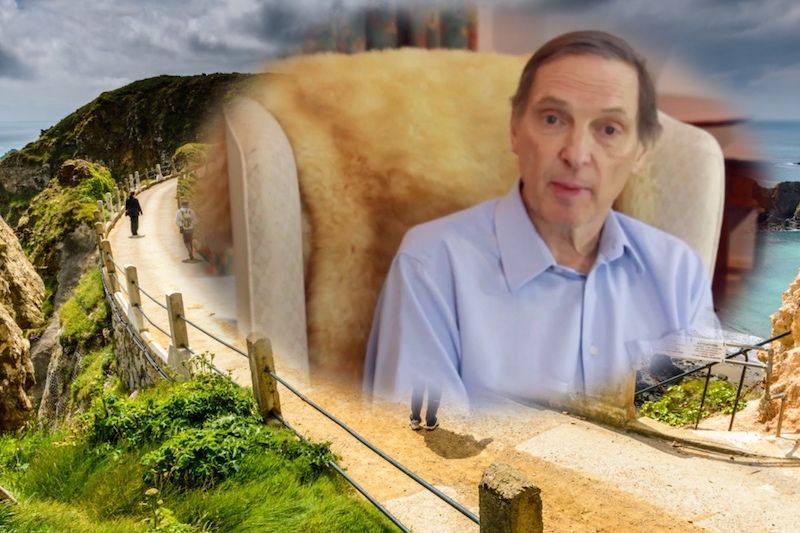 Nearly 100 people in Sark are refusing to pay their full electricity bills this month in protest of "excessive" prices.

The move against Sark Electricity Limited comes after a meeting last week, which promised to wrap up the ongoing row over the price of power on the tiny island, left many residents "angry and frustrated".

Mr Gordon-Brown was reportedly too sick to travel to the island.

Video: The pre-recorded video interview with Sark Electricity's Director, who was reportedly unwell and unable to visit the island.

The inconclusive nature of the meeting left the 'Sark Electricity Users Group' - a local campaign group - in a state of shock, leading them to pen a letter to Mr Gordon-Brown stating that they would not be paying his price of 85p per unit.

The letter gathered 98 signatures in less than 36 hours. "In a small community such as Sark, this is extraordinary," the group noted in a statement accompanying their letter.

"We, the undersigned, would like to give you notice that, from December 1 2019, we will not pay the full 85 per kWh if it is demanded by SEL," the letter read.

"On 14 November 2019 the Price Control Commissioner published a draft Price Control Order indicating that a fair and reasonable price is about 53p per kWh. Prior to any Price Control Order that might be issued, we can confirm that we will pay 66p per kWh for any electricity consumed, and adjust the amount of any bill issued at a higher price accordingly."

I sympathise with this, but it is misdirected. Our beloved Chief Pleas are the culprits here. Despite seeing the expensive results when Guernsey tried this law, and despite a clear warning from CICRA and myself, they still put this law in place, forcing the increase on us all. https://t.co/CWYJH6RC5y

Dr Anthony White, who was hired by Sark's Government to try and mediate the electricity price situation, believes SEL is trying to fleece its customers, and is expected to consider legally enshrining a price cap at the start of next year.

He has had access to the businesses figures, but Mr Gordon-Brown has said charging what Dr White suggests would bankrupt them.

Mr Gordon-Brown has also responded to the Sark Electricity Users Group's letter on Twitter, simply echoing his message in the video by saying it is up to Chief Pleas - the island's governing body - to take action.