Save the stork project takes flight 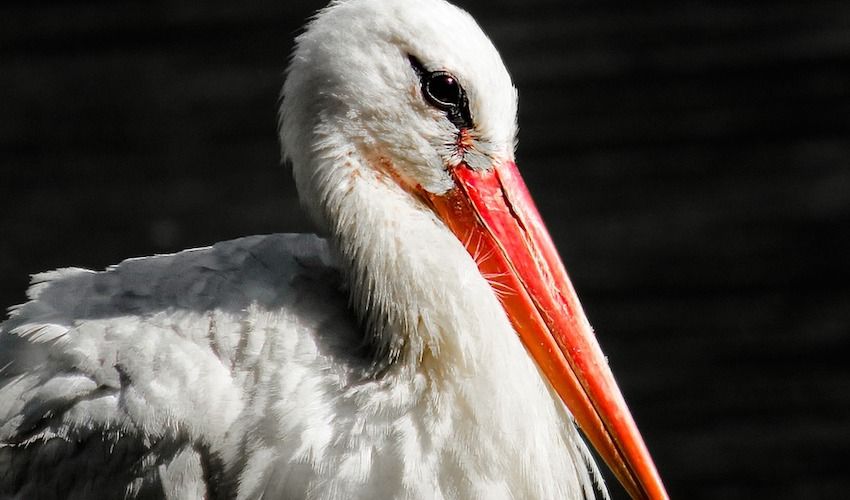 Save the stork project takes flight

Young storks have spread their wings over British soil for the first time since the English Civil War thanks to a project providing a 'beak-on' of hope for the species, supported by Durrell.

Hatched in captivity and then released into the wild over Knepp Estate in West Sussex, the two dozen long-legged birds have brought new promise for the future of the species, which was once indigenous to England.

The White Stork Project – a partnership of private landowners and nature conservation charities including Durrell – aims to restore a population of at least 50 breeding pairs to southern England by 2030.

It’s not certain why storks disappeared from Britain, but some think that their unfortunate association with the rebellion during the English Civil War resulted in them being persecuted and culled out of their natural home.

The news of the recently released youngsters comes after a breeding pair at the top of an oak tree on the estate ‘beaked’ conservationists’ interests. Unfortunately, the first eggs the lovebirds laid proved to be infertile, but their nest was nevertheless hailed as a sign of hope for a world in the midst of a climate crisis.

Pictured: The project hopes to return the once indigenously British bird to England.

Isabella Tree, co-owner of the estate at the centre of the ‘rewilding’ project to return former farmland to nature, wrote in The Guardian describing the storks returning to Britain as “a beacon of hope for all of us.”

Expressing the wish that “white storks could be that charismatic species that connects urban communities directly with landscape restoration,” Isabella says that the return of the birds is particularly pertinent in the context of the climate emergency.

She writes: “The flight of the white stork over Britain seems to articulate perfectly the public desire for ecological change and regeneration; it is the triumph of the bigger picture over bureaucracy, self-interest and negativity; a beacon of hope in a world that, too often, drags its heels.”

At least 250 white storks will be released at several sites in Sussex and surrounding counties, and the first releases aimed at establishing local breeding populations back in Britain.

Jamie Craig, Curator of Cotswold Wildlife Park commented: “It does not seem long ago that we witnessed the first of these birds hatching out at the Park and after months of hard work it was a fantastic moment to watch these birds leave the confines of the netted release pen and take flight - seeing these birds riding the thermals over Knepp is a sight we will not forget and we eagerly await what the future may hold for them.”

Video: Knepp Estate co-owner speaking about the benefits of rewiliding.

They will be supplemented in late summer each year by the release of captive-bred juvenile storks reared at Cotswold Wildlife Park. All of the birds that are part of the project have unique coloured rings on their legs, so anyone who spots a stork in the British countryside can report their sightings on the project website.

This information will help scientists to understand the movements of the birds. Eight members of the group have specially designed GPS tags on them. These will transmit data on a regular basis so that conservationists can track their flight paths, in particular to find out if they stay in the UK or whether they fly south for the winter.

The white stork is a migratory bird species and it is hoped that in the coming weeks these juveniles will attempt to migrate south for the winter. They are expected to cross over the English Channel and then join up with other migrating storks as they head south through France and Spain before crossing the Strait of Gibraltar, and then the Sahara, to West Africa.

The success of the project is being monitored by Durrell, which is also working with the local communities around the release sites.

Lucy Groves, Project Officer for Durrell, commented: “Having looked after these birds since they arrived at Knepp, it was a joy to see them leaving the release pen and taking to the skies with our free flying adults. I have been blown away by the response from our local community, many of whom have provided us with sighting reports which are crucial for helping us to understand the behaviour of these young storks.

“It will be interesting to see whether they decide to stay with our resident adults at Knepp or if they spread their wings and decide to fly south. This is an exciting milestone for the project and I will be following their progress closely.”