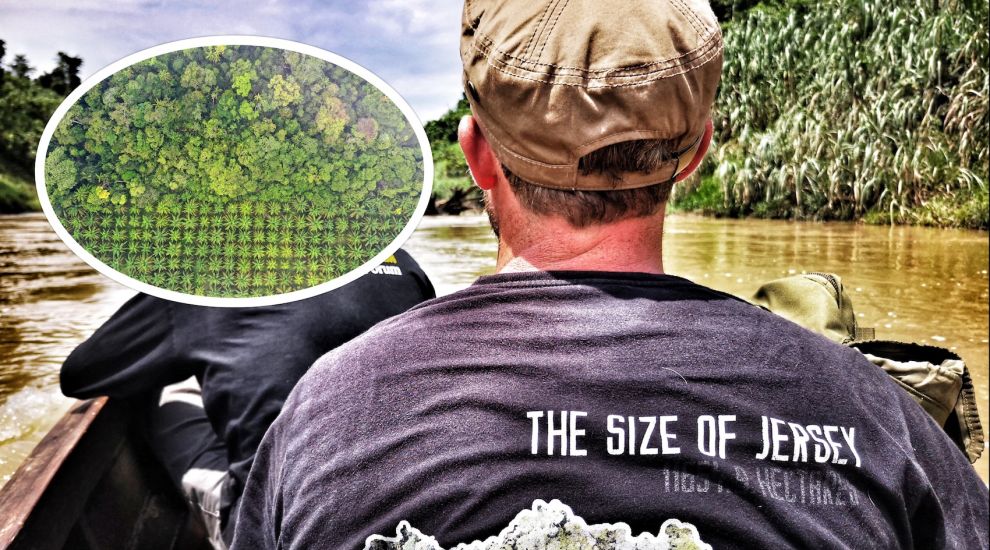 A former zookeeper has launched a bid to raise nearly £1.8m to restore an area of rainforest in Northern Sumatra the same size of Jersey - and wants the Government and islanders to get involved.

Founded by Jonathan Stark, the ‘Size of Jersey’ project, in partnership with Indonesian conservation group Forum Konservasi Leuser (FKL), aims to clear and reforest four illegally planted palm oil concessions in the boundary of the Leuser Ecosystem, with the total size matching the area of Jersey.

Jonathan explained that their plan is to get the Government of Jersey to pay for half of the £1,756,690 work, which will include “felling and clearing the illegal palm oil plantations”, “constructing and stocking seed nurseries” and “forest monitoring and protection patrols."

They hope their efforts will rescue the area from "industrial development for palm oil, as well as other extractive industries", which "continue to threaten the entire ecosystem, as well as the wellbeing of millions of Acehnese people who depend on it for their food, water and livelihoods.

It's hoped that the remaining funds will be equally made up of investments from local businesses and the wider community, ranging from high net-worth individuals to children of school age, who are being invited to place pledged on different 'parishes' or buy merchandise on their crowdfunding site. 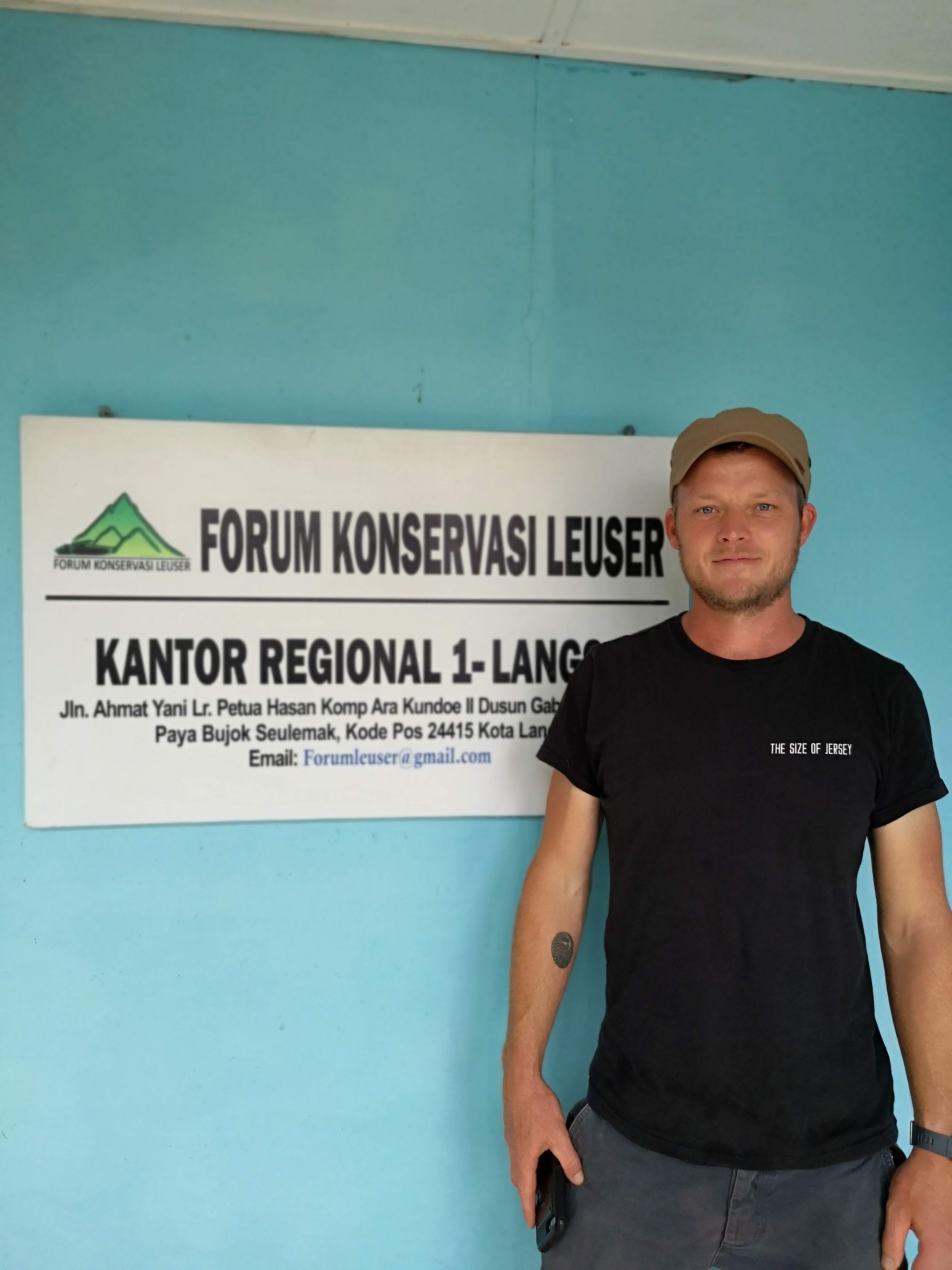 Pictured: Jonathan Stark, founder of the Size of Jersey project, which aims to restore 11,654 hectares of rainforest.

“I’ve always been a conservationist at heart,” Jonathan told Express. “I remember being a child and not being able to sleep as I was worrying about orangutans.”

This passion led Stark to become a zookeeper, including a ten-year period as senior gorilla ape keeper at Jersey Zoo.

However, despite enjoying the role, Jonathan said how “I always had that restlessness and seriousness that I wanted to do something big.” 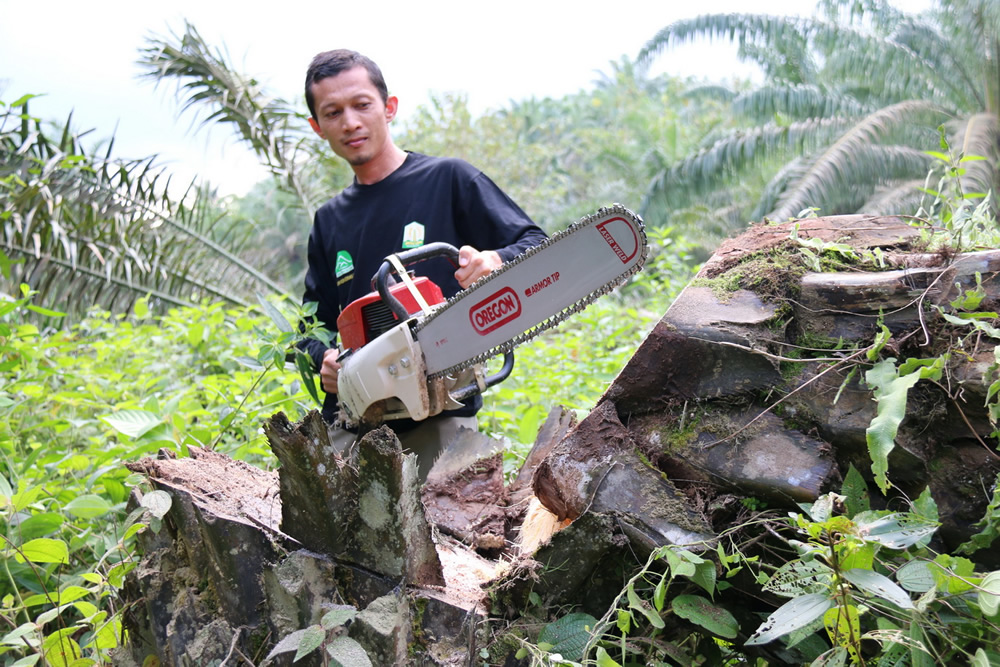 Pictured: Rudi Putra, the conservationist who suggested the area that was to become the focus of the entire Size of Jersey campaign.

“I had the Size of Jersey idea in my head for years, so I went looking for an area in Borneo that you could plant a forest the size of Jersey in.”

However, it was going to Sumatra later that Jonathan found the ideal location for his plans, when he met Goldman Environmental Prize conservationist Rudi Putra.

WATCH: The video explaining the aims of the Size of Jersey.

Jonathan also said that project will benefit Jersey’s community as well as the forests it is pledging to restore.

“I genuinely think this is a great way of getting the whole island all singing from the same page and doing something positive. We’ve got carbon offset targets which are very hard to achieve, and this would knock 34.7% off of our carbon emissions, and you’d do that for £1.8 million, as opposed to £200 million, which is what the projected figure is.”

Earlier this year, Deputy Russell Labey suggested in a debate on climate change that the Government buy an area of Borneo the size of Jersey.

Jonathan said that though it was coincidence that the two men had a similar idea, he got in contact with Deputy Labey after seeing his statement, and the “passionate” Deputy is now helping Jonathan with the project.