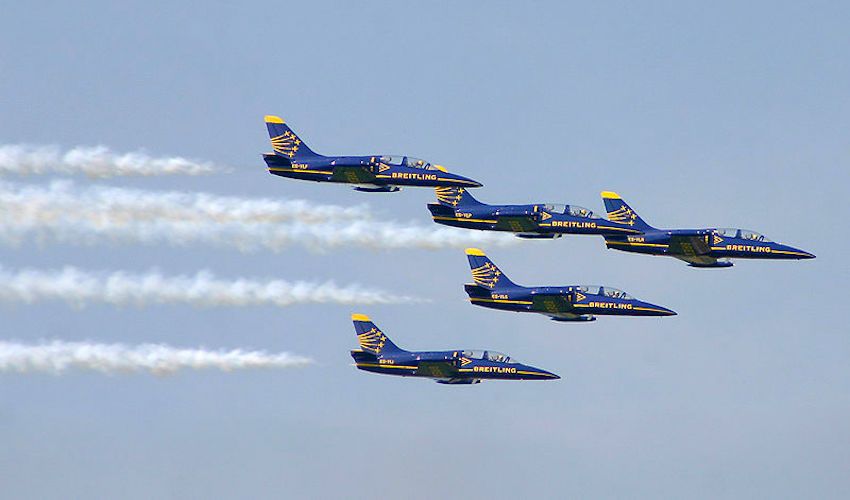 As the Air Display roars into action over St. Aubin today, Express brings you a list of what you’ll see and when.

With the traditional Red Arrows unable to make an appearance at the 62nd year commemorating the Battle of Britain, the Breitling Jets will be taking over as the flying showcase's headline act.

"I can say without hesitation that the Breitling Jets are as good as the Red Arrow - I know both teams well," organiser Deputy Mike Higgins said.

"The Reds, the Patrouille de France and the Italian Frecce Tricolori have all flown with the Breitling Jets and consider them their equals."

Ahead of their appearance during this afternoon’s flying display will be a beach landing by the Antonov AN-2, a Korean War dog fight between the North American F-86 fighter jet and a Mikoyan Mig 15 jet over the bay, a four ship Vietnam War display involving a Cessna O-2.

Absent from this year’s showcase, however, will be British Airways,who had planned to bring over a retro jet in the British European Airways Livery.

In a statement released yesterday, BA said that this week’s pilot strikes had caused significant disruption and that passenger flights were being prioritised to get the airline back to normal operations as soon as possible.

"The nature of our highly complex, global operations means that it will take some time to get back to a completely normal flight schedule. For this reason, it is with regret that we will not be able to take part in the Jersey Air Show,” a spokesperson for the airline explained.

"We would like to apologise to anyone attending the show, who was looking forward to seeing our BEA livery aircraft."

SCHEDULE: What's on and when... 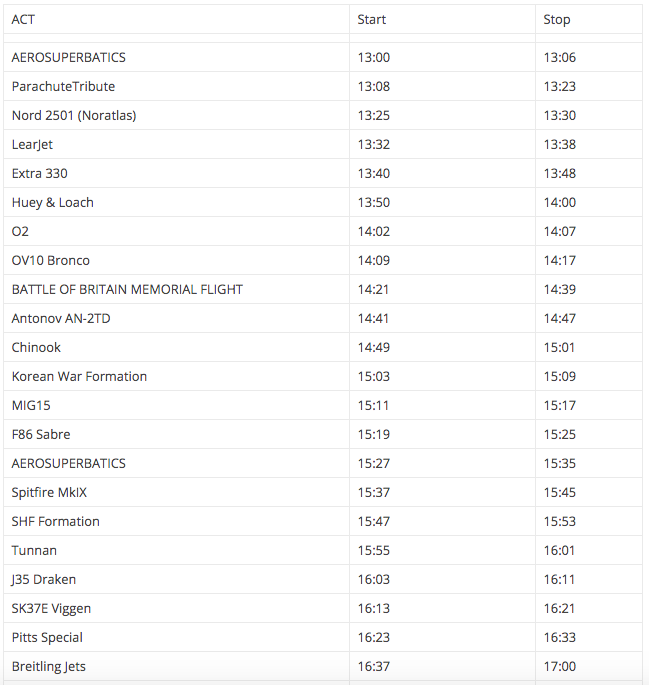