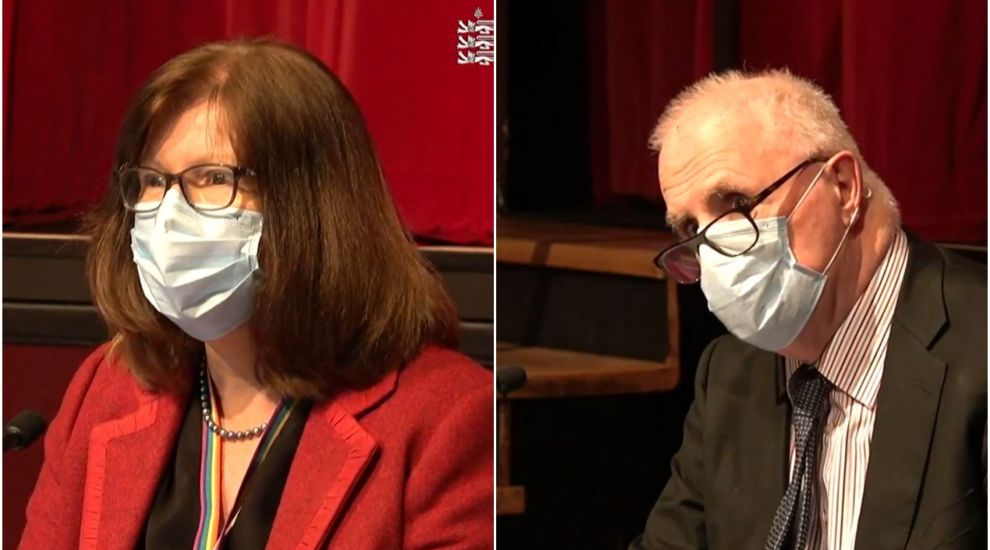 Guernsey’s Chief Minister blasted individuals for engaging in speculation and attempting to ‘name and shame’ those linked to the island's covid outbreak, as cases there hit 62 yesterday.

In an evening press conference, Peter Ferbrache said he was aware that some people had even been sharing photos online.

Sternly cautioning against such behaviour, he said: "We live in a decent society, we don't have a lynch mob mentality, but we've heard and seen some unpleasant rumours today. It's unacceptable.

"To name individuals and claim that he/she did this - that is not right, accurate or decent, and would people please stop doing it.

"Unless you are a law enforcement officer, please do not pretend that you have all the facts when you do not."

His words echoed warnings earlier that day from Bailiwick Law Enforcement, which had sought to dampen down social media rumours that began circulating after the island – which had been following an elimination strategy - was plunged into lockdown over the weekend.

In his update to islanders, Deputy Ferbrache also warned that quarantine would now be necessary for individuals who travel between Guernsey and the islands of the Bailiwick – Alderney, Sark and Herm – and announced the return of business support measures.

He said any enterprises struggling as a result of the latest lockdown could apply to the resurrected business hardship fund, but urged against claiming if they didn’t need to so as not to put pressure on the island’s already stretched public purse, which he admitted was still suffering from the effects of last year's lockdown.

Money could be clawed back, he warned, if a business is later found to have turned a profit.

Deputy Ferbrache also confirmed that the island’s schools would remain closed to all pupils – including the children of essential workers – until at least the end of the week.

30 of the island’s current cases are linked to education, spanning eight different settings. 17 of those were pupils and 13 staff or household contacts. 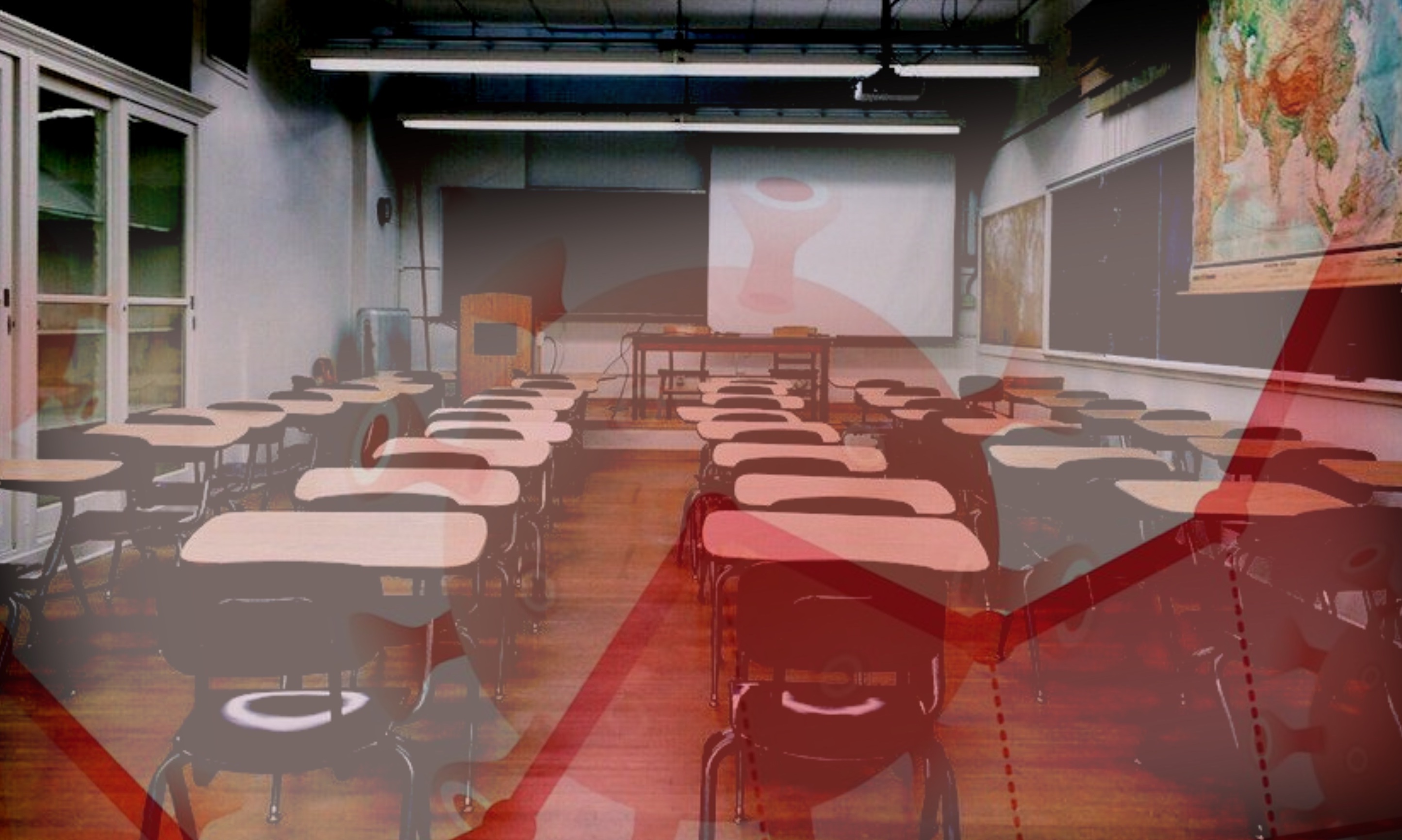 Pictured: 30 cases in Guernsey are linked to Education.

"We have continued to identify cases in education settings and it remains cause for concern," said Public Health Director Dr Nicola Brink.

"Keeping education sites closed to all students is an important measures as we remain focused on our principle objective of trying to stop the rapid transmission of Covid-19. We are acutely aware of the impact for vulnerable students currently unable to be in school and for those parents who are essential staff and we as a community need to be in work."

She added: "We are examining all options to get sites open as quickly as possible, and in the safest way possible, to support vulnerable students and the children of essential workers."

Of the cases identified over the past 24 hours, seven were contacts and three were of unknown origin. 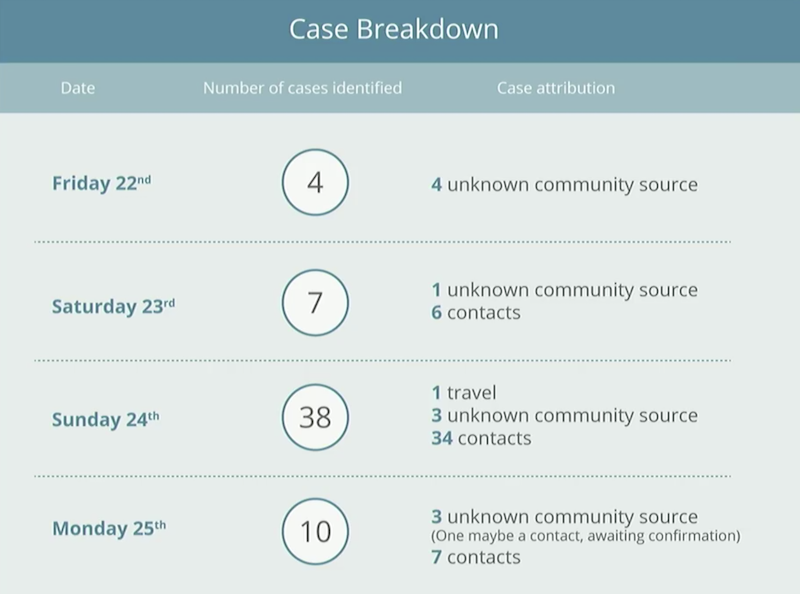 Pictured: Unknown community sources can be clarified with enhanced track and trace.

The briefing included a breakdown of where the positive cases have been found within the community.

One of the positive cases has been linked to the Ship and Crown pub.

Dr Brink said the relatively low rise in positive results, compared to Sunday's total of 38, shouldn't lead the island to underestimate the seriousness of the situation. 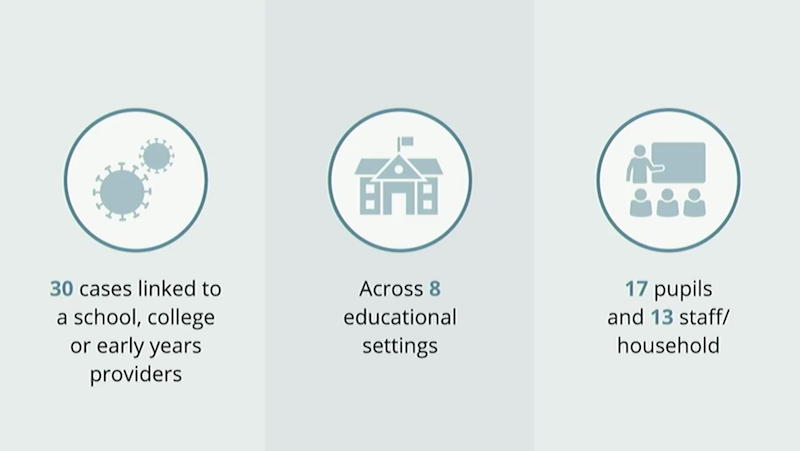 Pictured: Almost half of the recorded positive results have been linked to schools.

Follow Bailiwick Express Guernsey for all the latest updates...