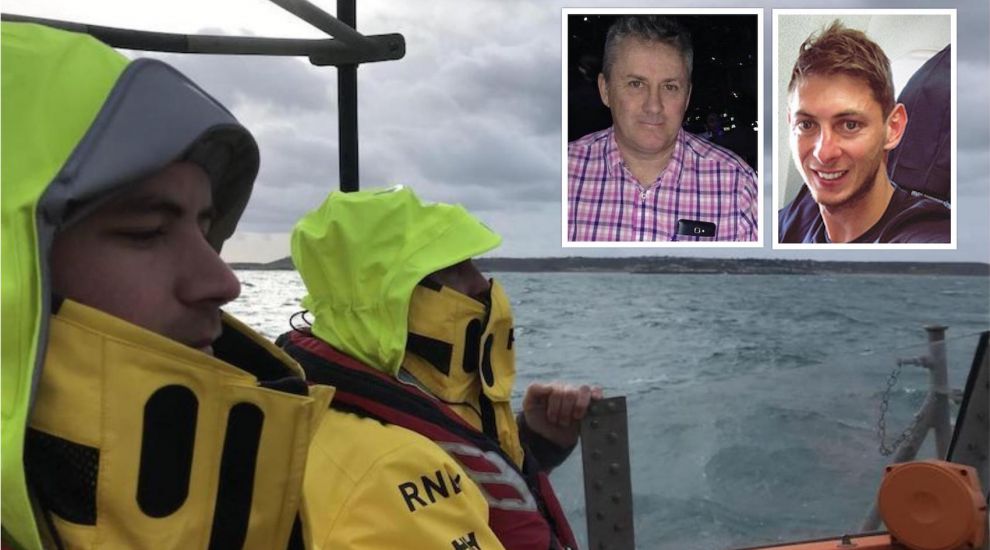 Channel Islands search and rescue teams have spoken out after the missing plane they spent four days looking for was found by a privately funded search vessel in less than a day.

The light aircraft disappeared while flying from Nantes to Cardiff almost two weeks ago, when it went off-radar at 20:30 on Monday 21 January. its wreckage was found on the seabed northwest of Alderney. Air Accident Investigation Branch (AAIB) officials later confirmed that a body was inside. 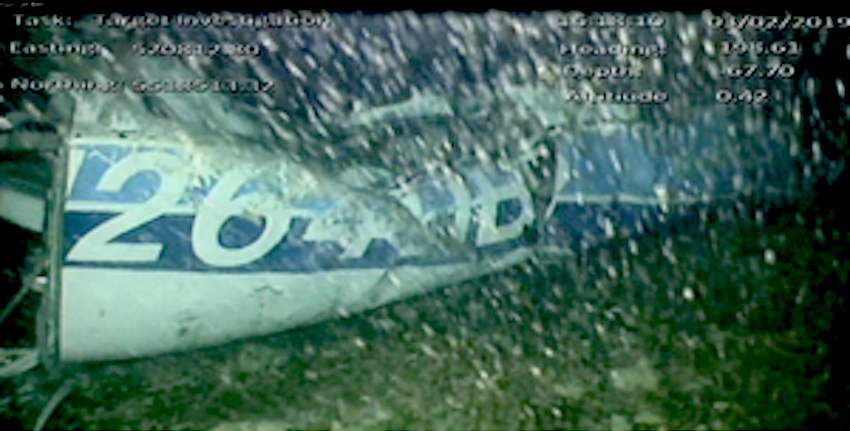 Pictured: A still of under-sea footage taken of the aircraft wreck.

It followed a private search funded through a GoFundMe campaign after the official search was called off and with no apparent underwater search planned by the authorities.

Less than a day into that £300,000 search, 'shipwreck hunter' David Mearns, who was recruited to lead the search to find the Piper Malibu aircraft, confirmed that the search zone had been narrowed down to a 2 square nautical mile area, which is where his vessel, and one brought to the area by the AAIB, had focused their efforts.

On Sunday night, Mr Mearns said that they had found the aircraft around 09:00 using sonar equipment. The boat commissioned by Mr Mearns was then seen to return to St. Peter Port Harbour, while the AAIB vessel, the Geo Ocean III, has remained at sea. The AAIB then took over with recovery efforts.

Pictured: A marine traffic tracker shows how the Geo Ocean III retraced the area many times.

On Monday morning, they issued a statement, which confirmed a body had been found. It is not yet known whether this is Mr Sala or Mr Ibbotson.

Emiliano Sala's family traveled to the Bailiwick to be part of the search. They were taken on the same route that the Channel Islands' Air Search (CIAS) team would have taken, and went down to Burhou island (a small puffin reserve off Alderney) where there had been reports of flare sightings.

The family are believed to have since left the Channel Islands' with Mr Sala's sister leaving a tribute on her instagram page with a photo of what looks like the islet.

A minority of commenters have been questioning the scope of the original search mission on social media since the plane was found. The Chair of the CIAS, John Fitzgerald, said his team remains satisfied with their efforts but he understood some people were trying to apportion blame to the tragedy.

"In my mind and in the minds of the RNLI we believe the search went on for longer than we would have done normally, we [the CIAS] were on the scene in 30 minutes. We were actually over the spot where the wreckage was found yesterday.

"We were looking on the surface for lights on the life jackets, electronic location beams etc. We were looking in the same way that the RNLI would have been. I think a couple of fishing boats went out to look on the surface but altogether David Mearns and the AAIB did something very different. They had time to gather a lot of information," he said.

Disappointing to see people criticising Guernsey authorities for “calling off the search & failing to find the plane” now its been found using specialist equipment. Volunteers from @RNLI & @CIAirSearch did a fantastic job in tricky conditions and a tough decision had to be made.

"Just looking at the picture the aircraft looked as if it impacted quite hard. I don't think anyone can attribute any blame until we see the report from the AAIB and get some proper findings," he said.

Speaking to Sarah Montague on BBC Radio 4 World at One, Mr Fitzgerald also said that although they were in the right area, any oil slick on the surface would have been difficult to spot.

"Because of the sea conditions it would have dispersed very quickly, we can only see what's on the surface," he said. 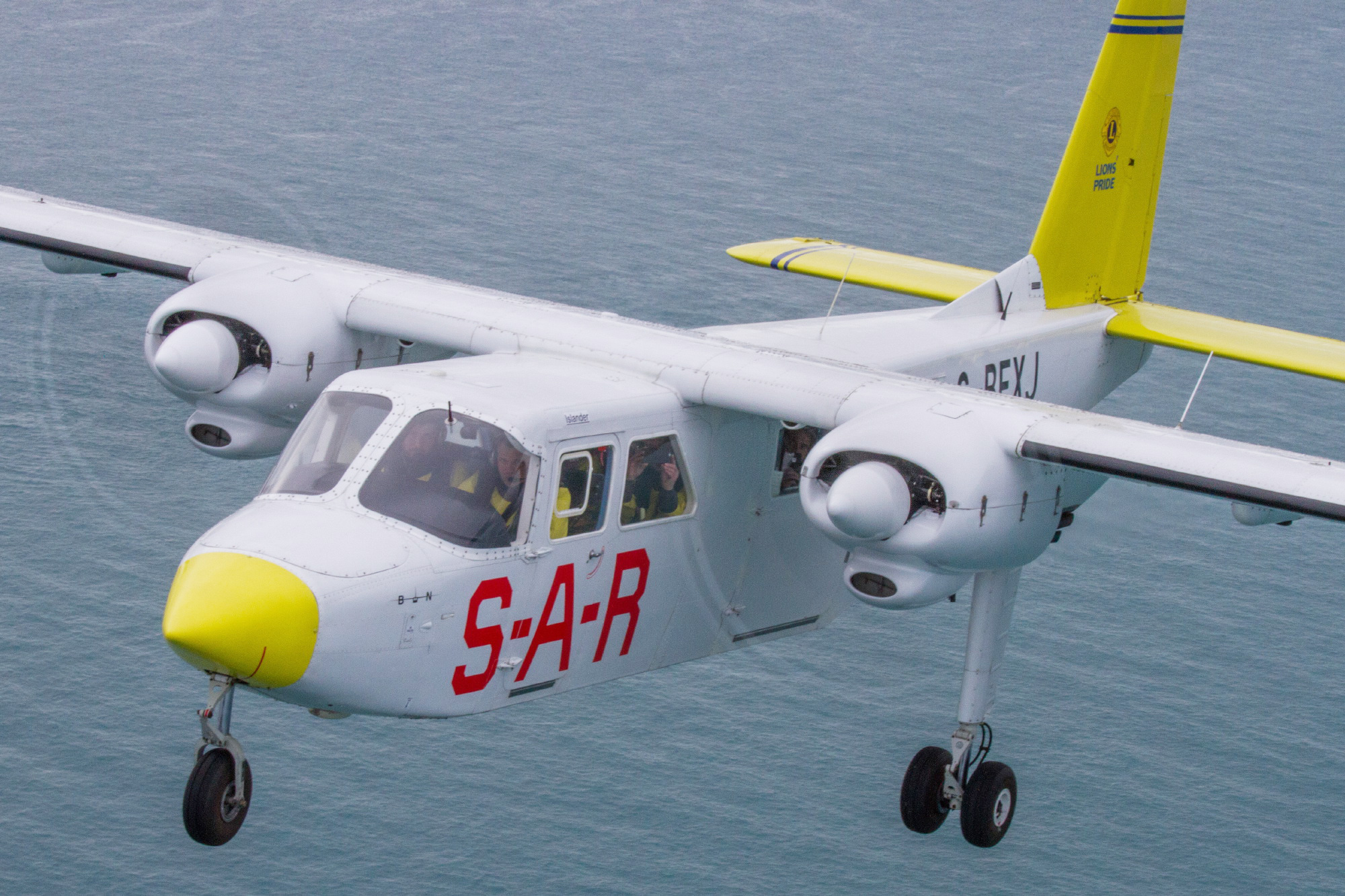 Pictured: The CIAS during the search mission last week.

“The primary aim of the initial search co-ordinated by the Joint Emergency Services Control Centre was to safely return the passengers on the flight. Once it was determined that this was no longer a likely outcome the search was called off - which is a very difficult decision to take. Our thoughts are with the family and friends at this time,” he said.

The Guernsey Harbourmaster refused to comment further on the investigation.

Mr Mearns, who led the successful discovery effort, defended the original search party in comments made after the wreckage was located.

He said the wreckage was able to be identified quickly because his team were looking for a non-moving object, rather than searching for survivors.

“No-one should walk away with the impression that the coastguard and also the Channel Islands air search did anything other than a professional job,” he explained. 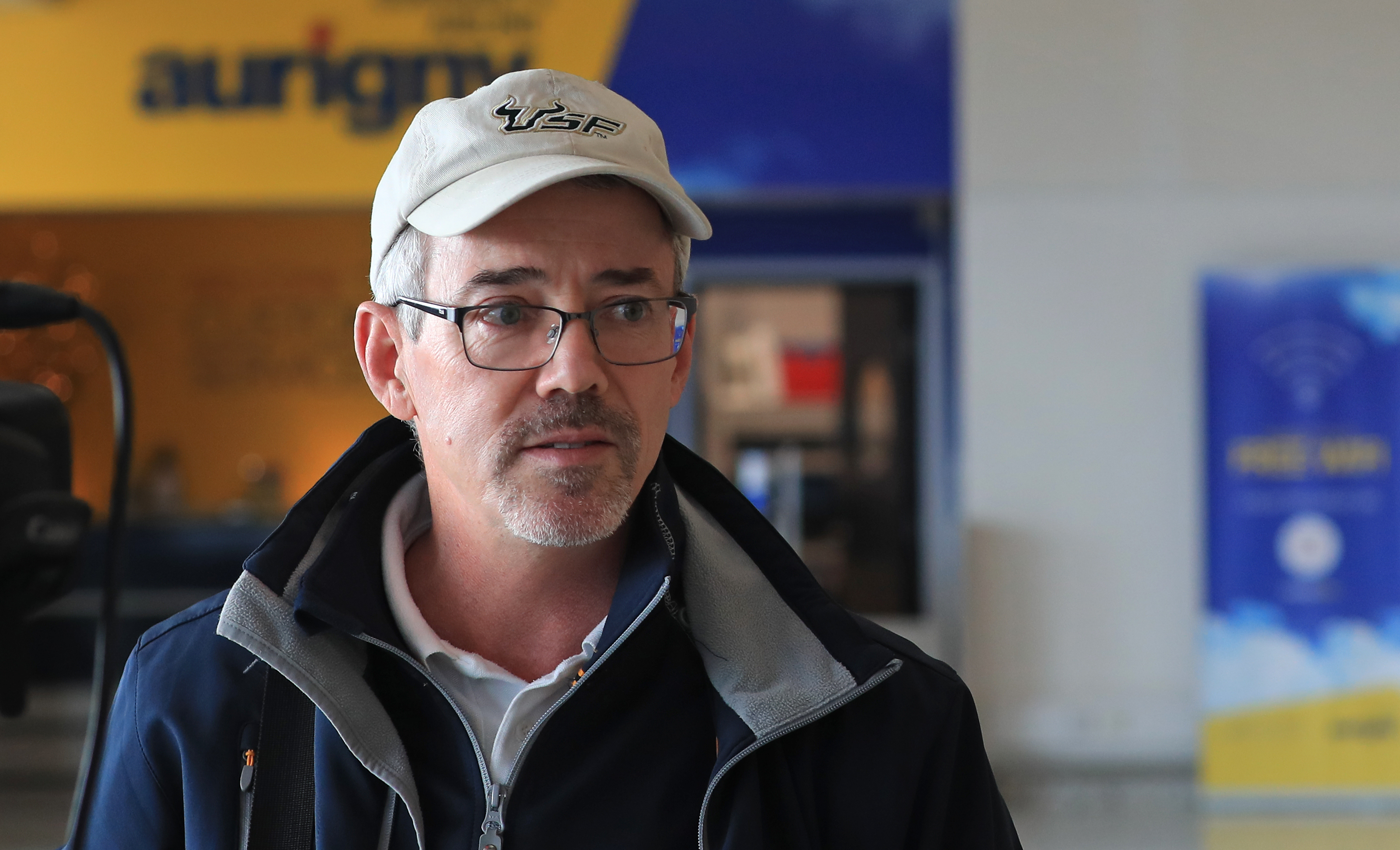 He further described retrieving the wreck from its position nearly 70m below as "imperative" in order that Mr Sala and Mr Ibbotson's family can finally have answers about what happened.

The operation is expected to be conducted by the Ministry of Defence’s Salvage and Marine Operations working alongside the AAIB.

Mr Mearns said that the vessel would be able to be recovered in a number of days using a salvage vessel and dive support, while the AAIB will decide on how to handle the body.

I would like to acknowledge the team from A-2-Sea Solutions Ltd of Southampton who pulled out all the stops to get the FPV MORVEN rapidly mobilised and repositioned to Guernsey. The team performed very well and the Sala family are very thankful for their efforts. #EmilianoSala pic.twitter.com/kv10SoB4ix