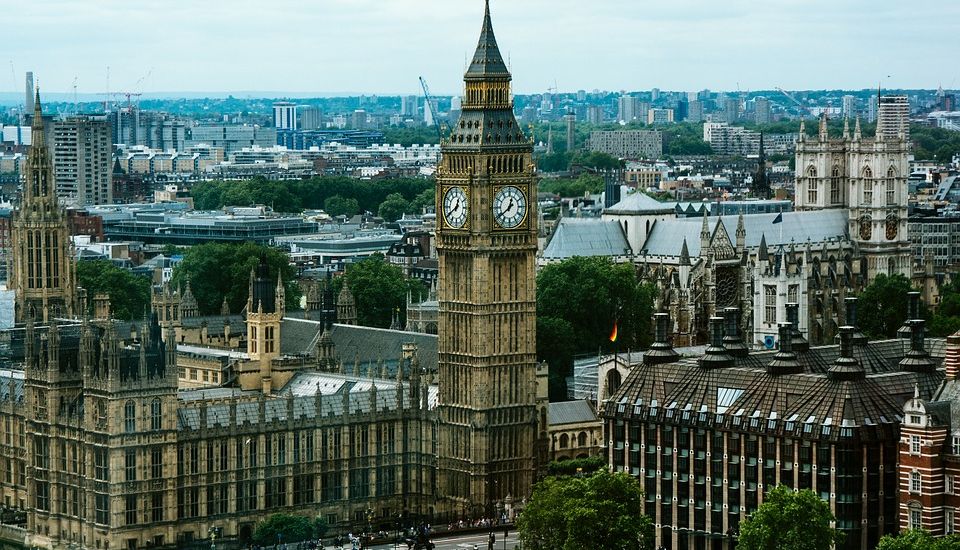 UK MPs will today discuss a key money laundering bill which could have far reaching consequences for Jersey's financial services sector, and its right to self-government.

Yesterday, the Chief Minister held last-minute talks with Ministers in London, and then released a statement saying they had agreed to try and amend the bill to ensure it didn't "attempt to impose legislation on Jersey" and "respects our constitutional relationship."

The Sanctions and Anti-Money Laundering Bill, which is sponsored by UK Foreign Secretary Boris Johnson, aims to help expose those who may be sheltering funds linked with criminality, terrorism and corruption in Britain territories.

But there are proposed amendments that would see the Secretary of State push for Crown Dependencies to make their existing beneficial ownership registers publically accessible, with or without their consent.

Other amendments could also force the publication of the identities of those who own Jersey companies, and then try and buy properties in the UK, or make a bid for government contracts. These are being pushed by a cross-party group of politicians led by Labour MP Dame Margaret Hodge, and supported by a number of Conservative politicians following the increased scrutiny of 'oligarch-linked' funds in the wake of the Sergei Skripal poisoning.

If approved, the new law would see the 20,000 properties owned by Jersey-registered companies and entities across England and Wales – worth hundreds of millions – forced to reveal the identities of those ultimately benefiting from them, within the next 12 months.

The amendment has since been criticised by tax expert John Shenton, a Grant Thornton Director, who linked it with “petty public point scoring” and argued that the island “should not give in to populist bullying and intimidation.”

He told Express that the move made little sense, given that Jersey already has a register of beneficial ownership, which, although not fully public, can be accessed on request by UK law enforcement and government agencies.

Moreover, he warned that the move could ultimately damage business in Jersey by leaving clients open to extortion and even kidnap.

“One is unable to see that allowing the general public to access this information will lead to anything other than more sensationalist headlines and actually an increase in activity due to delicate, private and potentially sensitive personal information being in the public domain… One can easily make a list of reasons why one would not wish to have private information in the public domain. Kidnap and ransom are generally the more extreme examples, but on a more basic level, burglaries where the high profile owner may be out of the country, simple protection for individuals from public glare and attention, or probably most commonly, vandalism and harassment where a person does not agree with something that has been said,” he said.

He added that the move “would no doubt make Jersey a less favourable jurisdiction if other jurisdictions could provide the same level of service but with the added protection of maintaining the investors basic human rights.”

His remarks were echoed by STEP Chairperson Advocate Naomi Rive, who warned that clients may look to move their family investments away from the island “to less transparent and cooperative jurisdictions.”

“This could be detrimental to both the economic success of Jersey and the global transparency agenda that the island has worked hard in helping to deliver,” she said.

A Jersey Finance spokesperson gave a staunch defence of the island’s commitment to transparency despite its lack of open ownership register:

“Information on our central register, which is tried and tested for almost three decades, is available to the people who need that vital information and we are constantly working with law enforcement agencies and other relevant authorities to ensure they have everything they need. Our position is clear: we don’t allow the identities of beneficial owners to be hidden, and you can’t buy or form ‘shelf’ or ‘shell’ companies in Jersey."

Speaking about the potential effects for the commercial property market, they added: "Jersey has established itself as a highly reputable centre for attracting and facilitating international investment into the UK commercial property market – around 83% of the total value of UK property owned in Jersey is commercial, rather than residential. This is largely because high value commercial property normally requires multiple investors and it is far more efficient to buy and sell shares in a company which owns property than it is to buy and sell the property itself. In addition, Jersey’s adherence to international standards of governance, anti-money laundering and beneficial ownership means that we know exactly where business is coming from, so Jersey actually acts as a quality filter that helps ensure the legitimacy and robustness of foreign investment. With that in mind, we fully expect the UK commercial property market to maintain its appeal to the international investor community, and for Jersey to continue to play a positive role in supporting high quality foreign investment into the UK in the future.”

Forcing such a law change on other elected governments like Jersey is a move that has been avoided over the years because it would mean breaking a centuries-old tradition of independence – but it has been done before to abolish the death penalty.

The Chief Minister originally hit out at the idea as "unconstitutional" but has since stated that he has since met with UK Ministers and officials, who say that they have tabled their own amendment that would not "attempt to impose legislation on Jersey" and "respects our constitutional relationship."

"I believe this reflects Jersey’s leading position in having already established registers of beneficial ownership and effective procedures for information sharing that prevent the island from being used for money laundering and terrorist financing. If public registers were to become an international standard, we will consider implementing such a policy in the same way as we have other international standards in this area.

“The speed with which the UK Government has intervened on this issue demonstrates the value of our close co-operation and our centuries of shared heritage.”