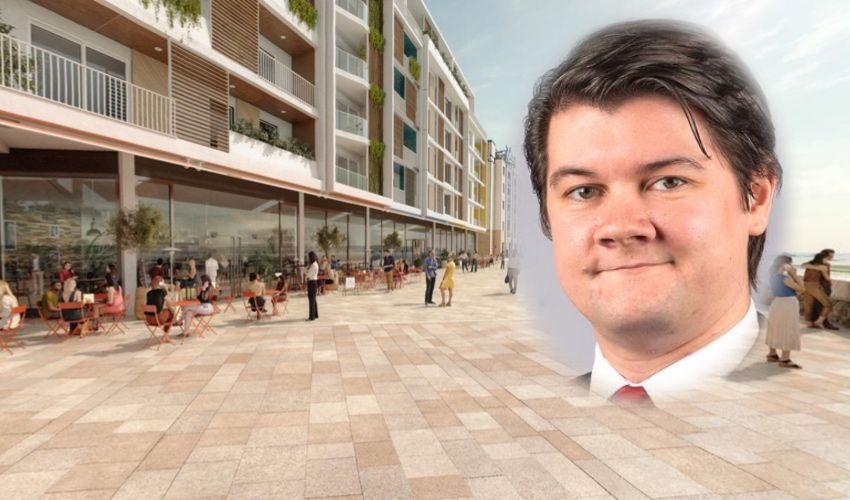 An attempt to increase the percentage of affordable homes that will be built at the Waterfront and South Hill has been voted down by States Members.

Former Housing Minister Senator Sam Mézec first called on the States Assembly to double the current 15% minimum to 30%, and he later amended his own proposal to push the bar even higher, to 50%.

However, both efforts were rejected by politicians.

Senator Mézec argued that it was the responsibility of the taxpayer-owned States of Jersey Development Company, which is behind the Waterfront and South Hill projects, to maximise the number of shared-equity homes to help address the current housing crisis. 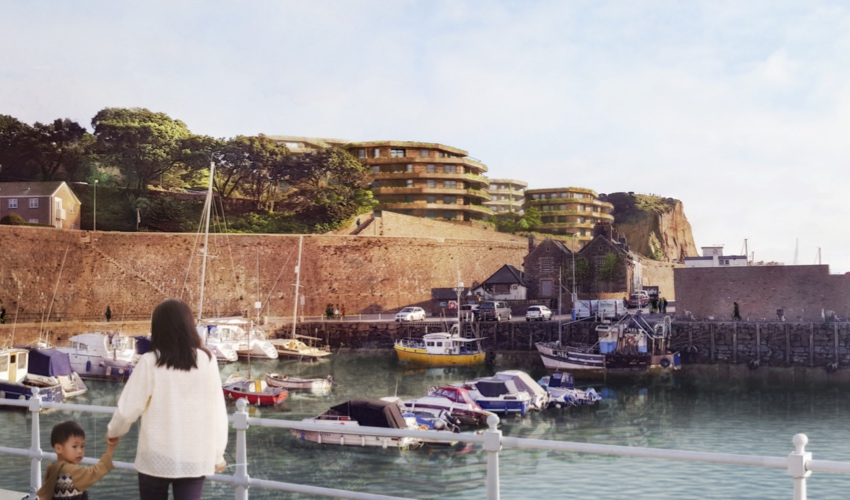 Pictured: The States of Jersey Development Company is developing the former Planning Offices on South Hill.

He questioned, if a publicly-owned company building on publicly owned land can’t build houses for those most in need, then who can?

However, Environment Minister John Young was the only frontbencher who supported his former ministerial colleague.

Those opposed said that the prime position of the sites meant that it was more sensible to maximise income there, which could then be used to build far more affordable houses elsewhere, such as St. Saviour’s Hospital and the former Les Quennevais School.

They also argued that, in addition to the 'at-least-15%-for-affordable-homes threshold', more homes at the Waterfront and South Hill would be ringfenced for first-time-buyers and islanders who were ‘right-sizing’ by moving into smaller properties.

Assistant Treasury Minister Lindsay Ash, who is the politician with responsibility for SoJDC, was one of a number of politicians who referred to an independent assessment of the projects, which concluded that they would be unviable if more than 15% was designated as affordable.

The revenue generated would also be reinvested in public facilities which all islanders could enjoy, he said.

However, Senator Mézec disputed that the projects would become unviable, arguing that the authors of the assessment had other benchmarks to the ones chosen could have been set.

He added that another report which had assessed the island’s housing need was out of date and had understated the demand for affordable homes while overstating the need for open-market housing.

Posted by Jon Jon on Nov 26th, 2021
Affordable housing in this Island? Why both my kids left, better jobs, better pay, now bought first houses away from this awful Island.This Island is just pure greed now!
Posted by Scott Mills on Nov 26th, 2021
Good laugh today "The revenue generated would also be reinvested in public facilities which all islanders could enjoy, he said." What local amenities....I would love to hear, because we have serious lack of local amenities for locals...not for tourists. There's not that much going on out there. They (gov) just love taking things away from us since the 80's...from Belle Vue...now the Fort!!! what next they going to use sand from our lovely beaches for construction??? Indoor ski/skydiving centre for example. We need something for when the weather isn't great!!!! which for the most part is the majority of months. And you can only dip in so many bays before that become's the norm
Posted by Harry Read on Nov 26th, 2021
this is typical Jersey the JDC is a States body that should not make any profit but that would mean there wouldn't be any bonuses for the management. Plus the only people able to buy these expensive developments are probably incomers or people buying as an investment however we will be developing accommodation for the average Jersey person, unfortunately they won't have sea views or be on the waterfront. Promises promises and I would hope that note is taken of the members voting against the proposition and appropriate no votes are given to them at election time.
Posted by Steven Simon on Nov 26th, 2021
Well personally I think to address the housing shortage. 1 field in each parish should be allocated to affordable housing. Thus every parish doing there bit to help the housing shortage.
To place a comment please login Login »