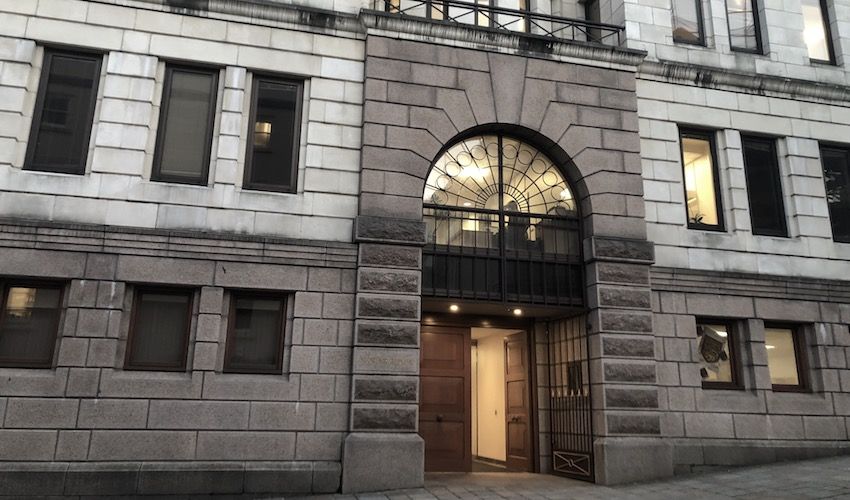 An inquest into the death of a 69-year-old woman living in squalid conditions in Jersey has shed light on the difficulties health professionals face in trying to treat vulnerable patients who refuse their advice.

Held at Morier House on Friday, the inquest aimed to establish the cause of the lady’s death, but raised wider issues of whether care professionals have enough power to pass on their concerns to other medical and care bodies, while the patient is still able to make their own decisions.

Relief Coroner Dr Martin Barrett, presiding over the inquest, ruled that her death was caused by sepsis and that there was also a “neglectful failure to arrange medical care” after hearing evidence detailing the safeguarding challenges of such a case.

Pictured: The district nurses visited the woman to dress her leg ulcer.

The woman had various health issues but was mainly suffering with a severe wound to her leg and was receiving home visits from district nurses from Family Nursing and Home Care (FNHC) who dressed her ulcer for her.

Despite the fact she was relatively independent in many ways, the inquest heard that her apartment was in a very bad condition which her family, who are not based in Jersey, said they were “astounded and shocked” to discover after her death.

The inquest was told that, even after a few years of living there, the woman did not have any carpet or curtains, many of her possessions hadn’t been unpacked after moving in and much of the flat was covered in dust.

But she never let her family know her difficulties and whenever she wrote to them she said that she was very happy and settled in her new accommodation.

During the evidence called at the inquest, questions were raised both by the Relief Coroner and the family about why a referral wasn’t made given this lady’s poor living conditions.

In the context of the woman’s other health problems, Dr Barrett asked the Operational Lead for Adult Services at FNHC Tia Hall: “Does this not raise alarm bells?”

Ms Hall explained that the district nursing team have various ways of raising a safeguarding concern, but if the patient has 'capacity' – the ability to make decisions for themselves – nurses must seek consent before taking any of these steps.

Even if the nurses want to access the patient’s medical records from their GP, Ms Hall explained, they must seek consent from the patient.

Pictured: Evidence was heard about nursing challenges at the inquest into the woman's death.

The inquest was told that any referral to the GP, hospital, social workers or to adult safeguarding “has to be with someone’s consent unless they lacked capacity” and, often, patients in that situation don’t want their case to be escalated any further.

Ms Hall explained that “there is a self-neglect policy” but that isn’t triggered unless the person was “seriously neglecting their health or wellbeing” or “if [their] living conditions were presenting a risk” to other people.

“From what I can see here… she wouldn’t meet that criteria,” Ms Hall stated.

Ms Hall also added that the nurses are often caring for “many people who struggle to look after their own needs” and often a suggestion of raising a safeguarding referral can break down the trust built between a nurse and their patient.

“It’s better that the nurses are getting in the door.”

Elsewhere in her evidence, Ms Hall emphasised that there is “a balance between supporting people to live their life” to certain standards and “taking away their decisions”.

Making his conclusions, the Relief Coroner found that the woman was “a vulnerable adult” and, although she still retained “the mental capacity to make valid decisions”, she was also a “dependent person."

With this, Dr Barrett concluded that the 69-year-old died as a result of septicaemia caused by her infected leg ulcer and that the “neglectful failure to arrange medical care” contributed to her death.