Shaken but not stirred, Bond’s Spectre car makes it to Jersey 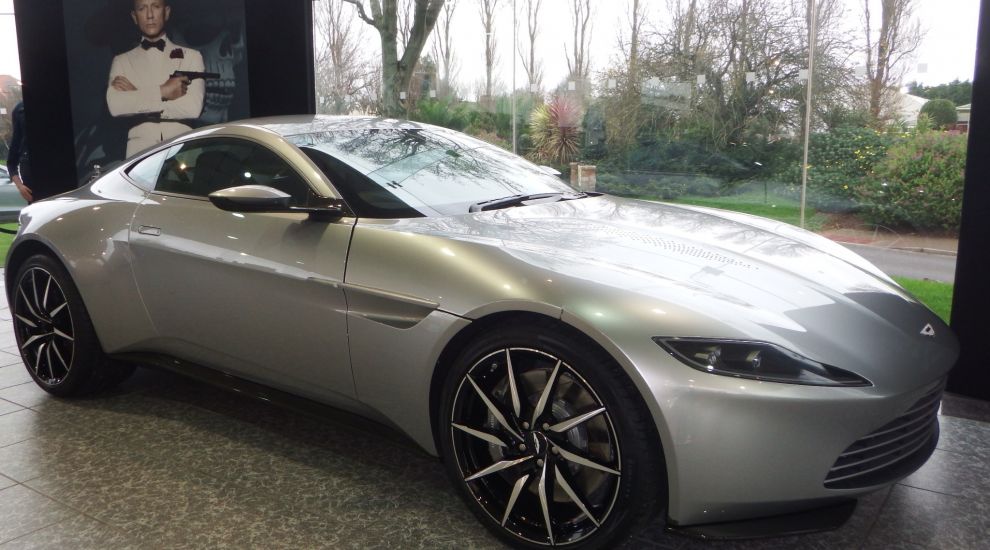 Shaken but not stirred, Bond’s Spectre car makes it to Jersey

It has evaded eye-gouging killers, negotiated the backstreets of Rome, and even had a dip in the Tiber.

But this week, James Bond’s Spectre car undertook its biggest challenge yet: crossing the Channel to Jersey.

The silver Aston Martin, one of just two remaining DB10s from the film, arrived in Jersey last night, shaken but not stirred, just in time for a Jackson’s client event.

Bond’s car will be on show at Jacksons today in the BMW showroom overlooking the main road between Beaumont and the airport. It is set to leave the island again tomorrow.

Charles Tennant, Head of Operations at Jacksons Jersey, said: “At this time of year with the weather, and with the crossings being a bit rough, you’re never certain when a car will be able to get to the island.

“It came over as freight on Wednesday, leaving the UK at 4am, and was with us at Jacksons by early evening.

“It’s going to be on display in the main window in the BMW showroom opposite St Peter’s Garden Centre so anyone driving past on Thursday will be able to see it. Unfortunately, the car has to leave again on Friday.”

The car was due to arrive on the island earlier this week. On Monday, fast ferry crossings from the UK to Jersey and from St Malo to Jersey were cancelled due to bad weather.

Daniel Craig put the DB10 to the test during a high speed chase through Rome at night when he is pursued by Mr Hinx, played by former wrestler Dave Bautista. However, the Russian villain’s orange Jaguar C-X75 was no match for Bond’s bullet-proof Aston Martin.

Spectre broke UK box office records when it was released early November, taking £41 million in its opening week. The movie, Bond’s 24th film, is expected to beat records for Skyfall, which grossed £710 million in 2012.