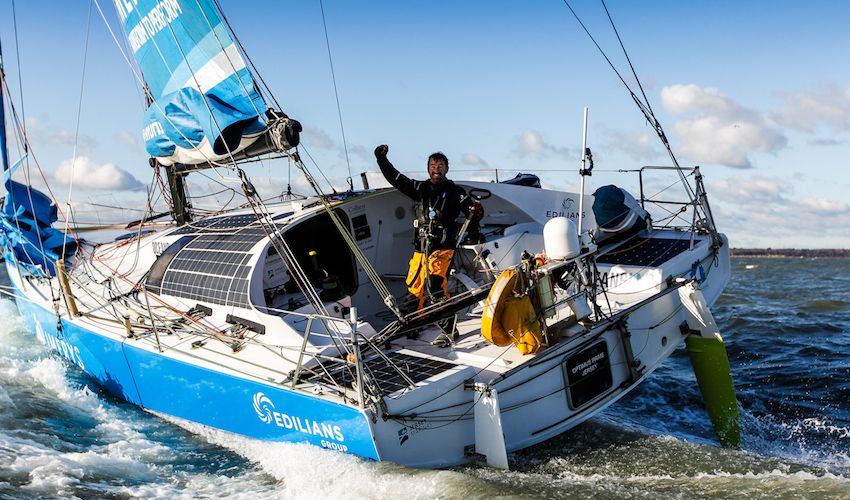 An environmentally conscious Jersey sailor has overcome "gusty conditions" at sea to set a new record for looping around the Isle of Wight in his zero emissions boat.

Phil Sharp completed the feat in 5 hours, 5 minutes and 4 seconds - shaving 90 minutes off the previous benchmark for a single-handed monohull up to 40 foot aboard his boat OceansLab.

As he completed the circumnavigation, the Jersey-born sailor averaged a top speed of 9.8 knots (18.1 kilometres per hour).

The new record (subject to ratification by the World Sailing Speed Record Council in the coming weeks) joins Sharp’s two existing ones, the crewed Around Great Britain and Ireland, and the single-handed Cowes-Dinard. 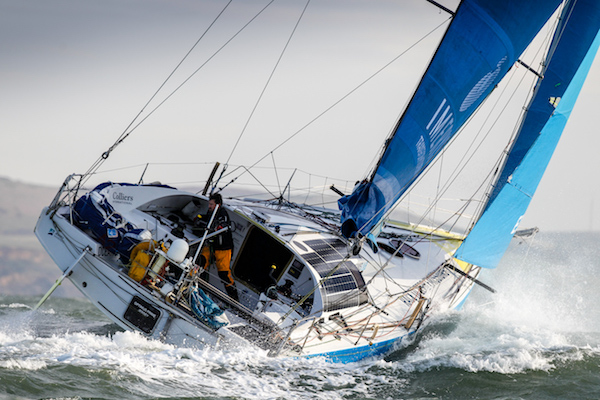 Sharp set off on Sunday morning at 08:24, completing his lap at 13:29 UTC, in what he described as “gusty conditions”.

“It feels fantastic to now have three world records!” Sharp said. “Today was a very cold, fast, adrenaline packed sprint. My objective was to aim for five hours, which was always going to be tricky when dealing with gusty conditions solo and at times today the gusts really were quite severe, which kept me on my toes.

But Sharp’s performance is not just for glory - by setting a new record on a zero-emission boat, Sharp hopes to raise awareness for the need to accelerate clean energy innovation in the maritime sector. 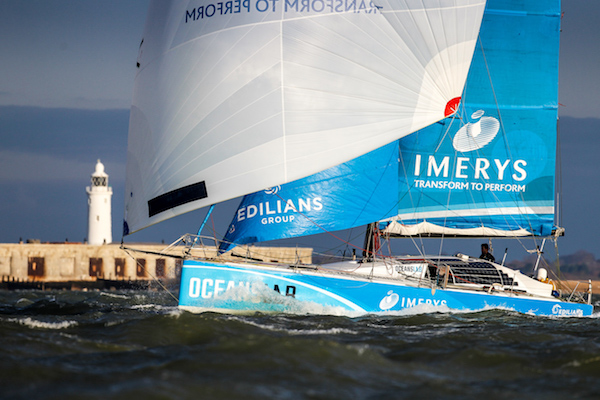 Pictured: Sharp wants to demonstrate the power of clean technologies.

“OceansLab is a platform demonstrating vital and scalable clean technologies like solar, battery, electric and fuel cell systems that can be embraced to decarbonise the sector,” he explained.

“Industry targets need to be accelerated to better fall in line with climate change targets. We need to start introducing these technologies and replace fossil fuel systems in order to reduce harmful air pollutants. Inshore and commuting ferries would be a good start, and where levels of air pollution such as in Southampton are too high and hazardous to the health of local communities.

"Clean technologies exist now that can improve the quality of the air we breathe, change can and needs to happen now.” 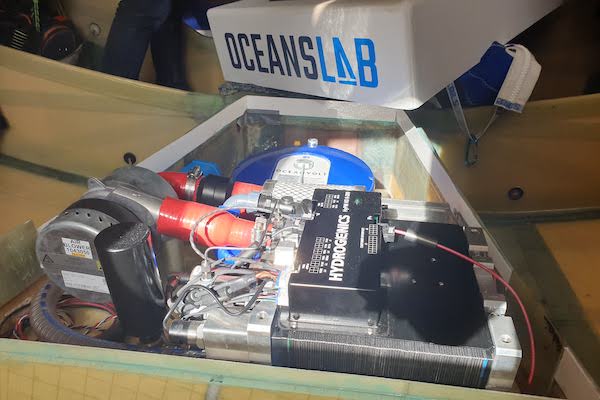 Pictured: Sharp and his team have installed a hydrogen fuel cell on his Class 40 boat.

The series will also include the fully-crewed global Ocean Race in 2021, followed by two transatlantic races; the 2022 solo Route du Rhum, and the double-handed Transat Jacques Vabre in 2023. It will culminate with the 'Everest' of sailing, the Vendée Globe, a solo round-the-world race in 2024.