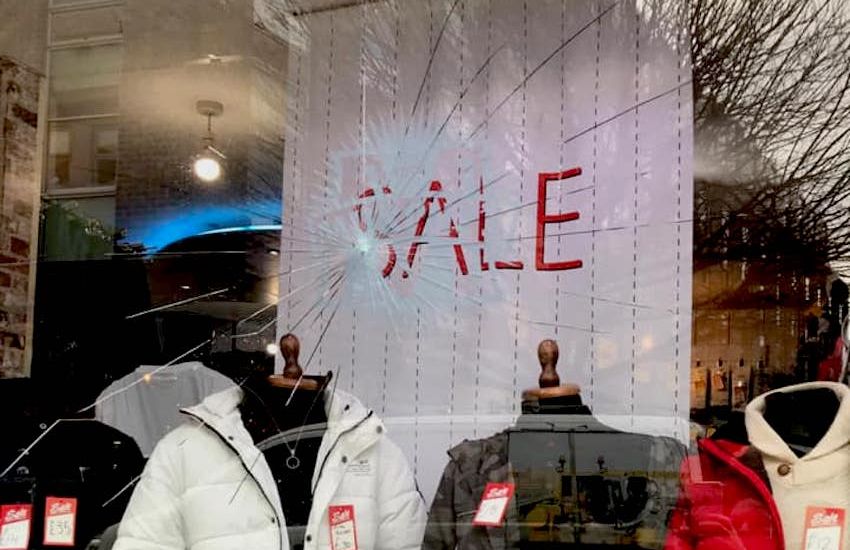 A men’s fashion shop is asking for the public’s help in tracking down the reveller they believe smashed their window.

Murphy’s Mens, which is based near West’s Centre, say the damage was caused around 23:00 on Wednesday (15 January).

In a message posted on its Facebook page yesterday, the store appealed to islanders for more information about what happened.

The post read: “Did anybody see a Drunken man in the vicinity of the west centre area at approx 11pm last night 15th of January as we believe he may be responsible for smashing my main window.”