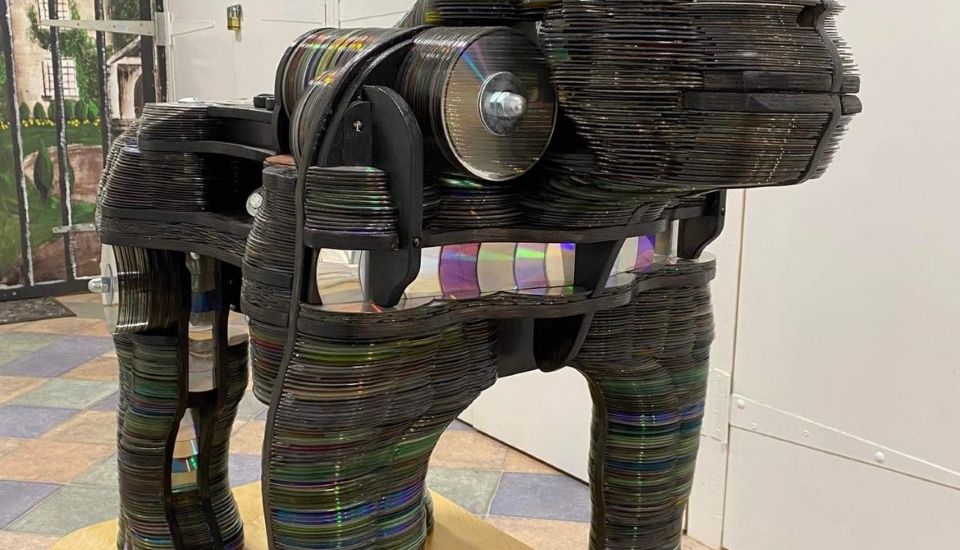 A local carpenter has made a gorilla sculpture out of thousands of CDs to raise awareness of a charity recycling project.

After David Carson spent roughly 300 hours creating the work, it is now due to go on display in Durrell's charity shop.

Mr Carson and his wife, Louise, are both involved with the Recycle for Philip’s Footprints project, which takes unwanted items such as plastic packaging from cleaning, personal hygiene and food products and re-uses, repurposes or recycles them.

The scheme helps to raise money for local charity Philip’s Footprints, which offers support to parents who have lost a baby and seeks to invest in projects that make pregnancy safer. 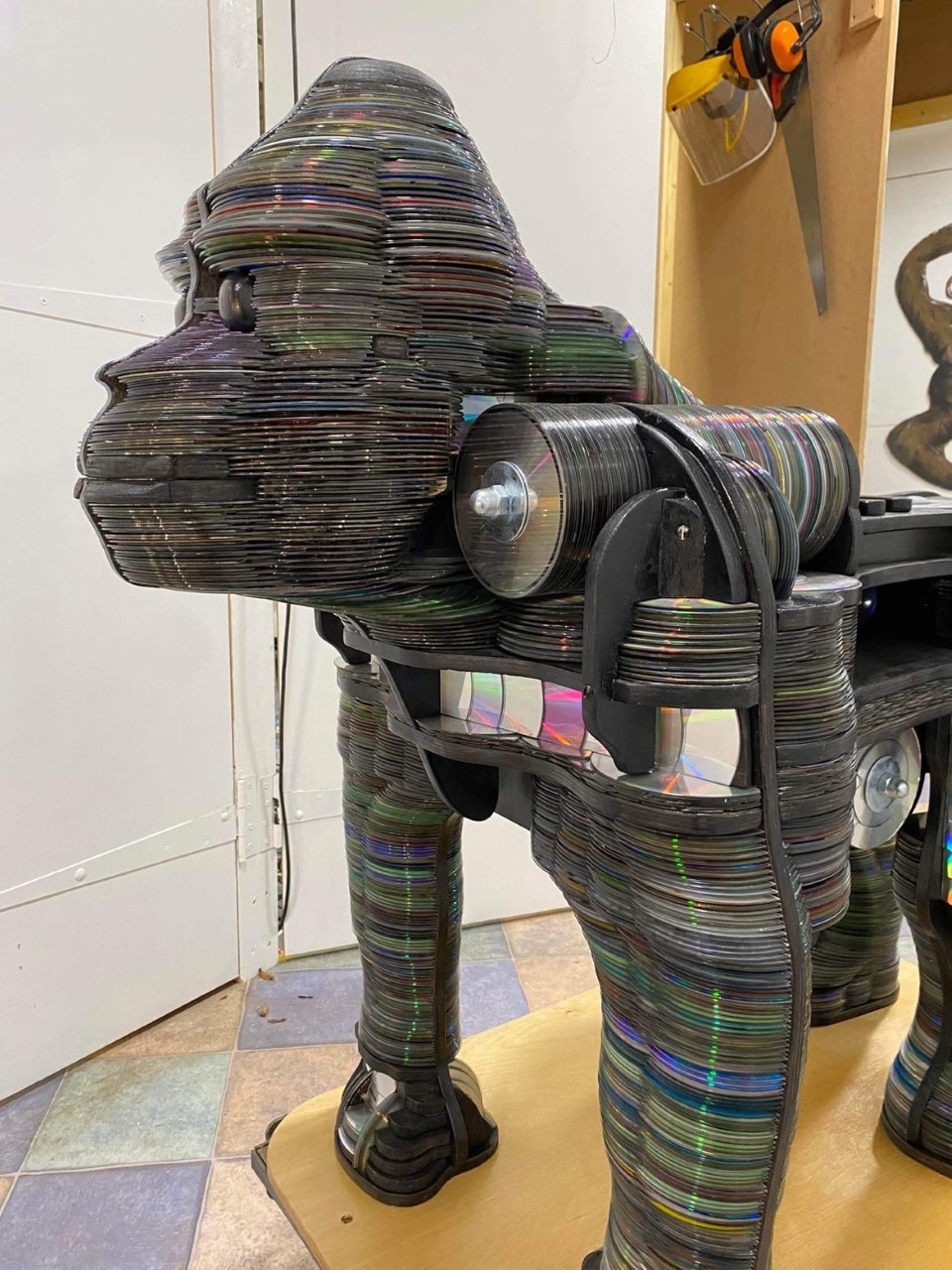 Pictured: Thousands of CDs were used to create the sculpture.

Mr Carson sometimes takes second-hand CDs and turns them into furniture and, after speaking to Durrell, decided to make the gorilla sculpture to help raise awareness of the Recycle for Philip’s Footprints project and the wider issue of sustainability.

He said: "I thought it would be a challenge – and it was. Obviously when I started there was no manual on how to build a gorilla out of CDs."

He used a plywood frame to establish the gorilla’s general shape and then – with approximately 7,000 discs – filled in the body.

‘I’ve been working on it for around a year,’ Mr Carson continued, adding that he had spent roughly 300 hours constructing the piece. 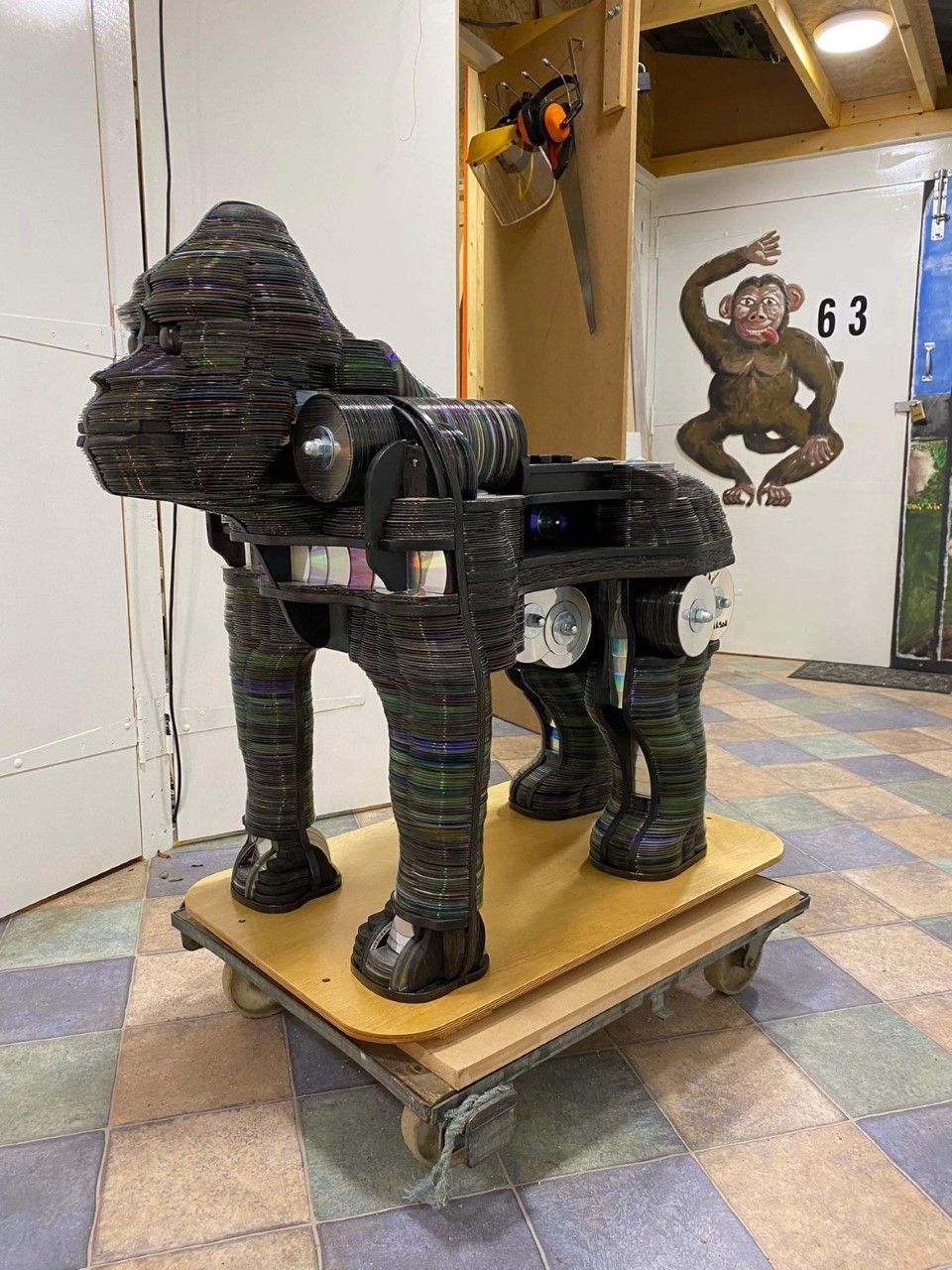 It is due to be gifted to Durrell’s charity shop, where it will go on display.

"There was talk of it being auctioned off at some point but obviously that will be entirely up to Durrell – I’ve done my bit," Mr Carson said.

Mrs Carson added: "It will help raise awareness of the project and also the importance of recycling, re-using and repurposing. I am so proud of his [David’s] creativity and passion for sustainable products."

WATCH: Shell-ection process begins ahead of this summer's Tortoise Takeover

Life in the slow lane: how new sloths are settling in at the Zoo