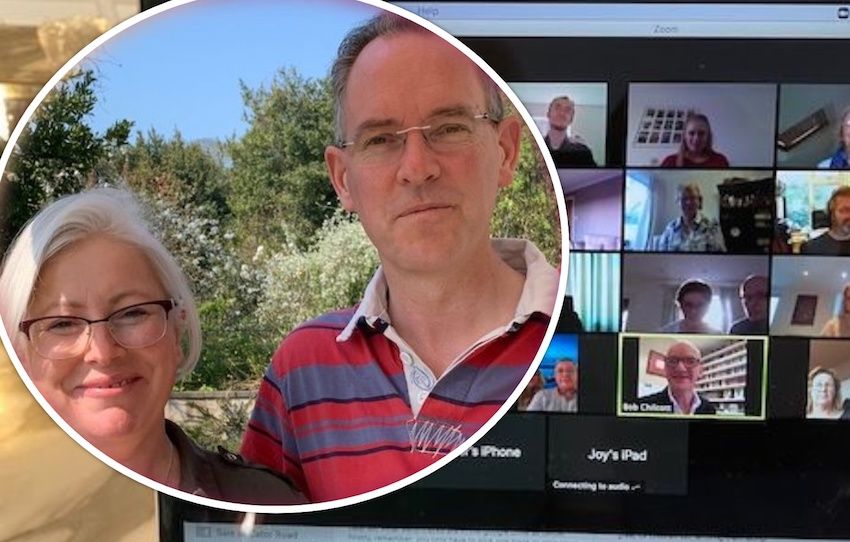 A local couple has got more than 100 islanders singing in an online community choir - and now they're hoping to record three tracks for charity.

“My wife and I we are both singers,” John, Head of Music at JCG, told Express. “We were very conscious that all of the choirs had to stop. It’s a real shame, singing is such a good thing for your general wellbeing, it’s a social thing.

“We set up a virtual choir so that everyone can upload their tracks and keep singing. It gives them something to do. So many people are on their own, we hope they can join to sing along and meet other individuals.”

The choir’s name means Corona, as John and Nicki explained the word does not only refer to a “hideous virus”, but also to the aura that surrounds the sun and many stars. 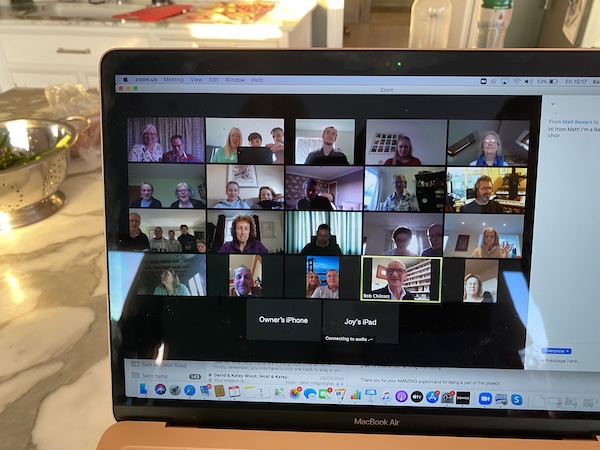 Pictured: The choir gathers on Zoom every Friday at 19:00.

The choir is for everybody, and the repertoire reflects that, with both classical and pop music, and a medley of World War II songs in partnership with Music in Action and Jersey Sings.

Participants are sent practice tracks and John and Nicky offer a daily online ‘drop-in’ clinic at 13:00 each day, as well as optional rehearsals in the evenings at 19:00 for those who want a little more help.

On Fridays, the whole choir is invited to get together via Zoom to sing through some songs and have a catch-up.

“It’s quite a jolly," John said, especially when celebrity guests such as Bob Chilcott join in.

It is hoped all three tracks - Song of the Hebrew Slaves (Va Pensiero), Something Inside So Strong and a WWII Medley – will be recorded by the end of the month after everyone’s parts have been mixed together.

They will then be sold on with all proceeds going to charities, “who are working hard in the local community amongst those who are alone and unable to leave their homes or see relatives”.

In addition to this, Aureole Music, which was recently set up as a charity, has set up a fundraising page to raise £3,000 for the same purpose.

“We intend to continue this work long after this particular crisis is over, recognising that there are many who live constantly in a situation of loneliness and isolation,” the page explains. "We will do this by setting up small local events and collaborating with other charities to raise money and awareness for this important cause."

Aureole Music has also been reaching out virtually to elderly people since the the start of the self-isolation period, offering free singing lessons for the over 65s, which have since turned into a daily ‘6 O’clock Singalong’ on Zoom.

“We sing lots of favourite songs, old and new for people to join in with from their living rooms,” John and Nicki explained.

“It has been great fun so far and is the highlight of our day!  We have already got a number of subscribers, including at least one residential care home."

Islanders interested in joining the choir should email info@aureolechoir.co.uk.