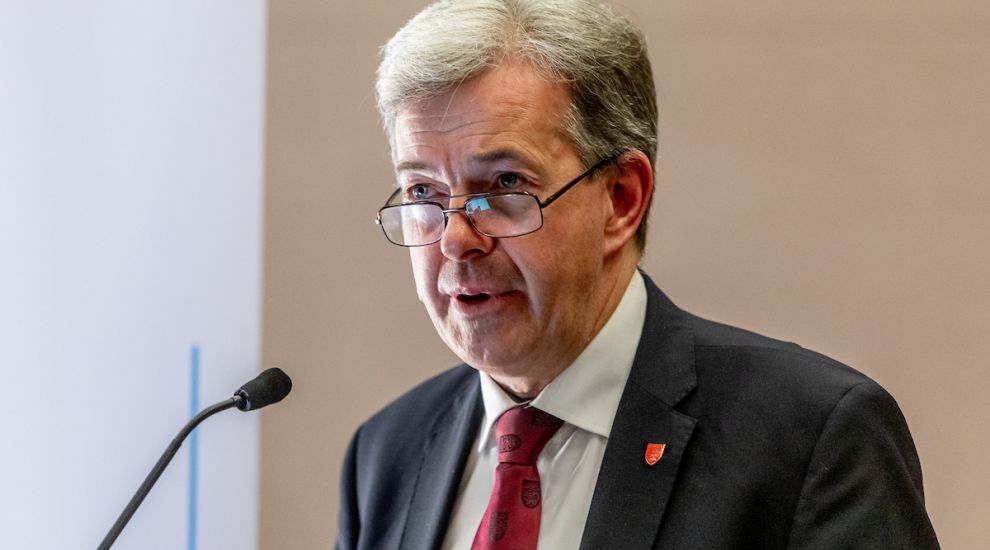 The Chief Minister has said that he currently has no intention to stand as Chief Minister again – but he has also left the door open, in case he changes his mind.

On Monday in the States Assembly, Senator John Le Fondré was asked if he wanted to inherit the legacy of the current Council of Ministers.

Asked afterwards to clarify his position by Express, Senator Le Fondré said he would share his intentions in the next couple of days.

In February, he told a Chamber of Commerce lunch that he would make his position clear within the next month.

The Senator is a founding member of the Jersey Alliance party, although he did not put himself forward to be its leader and candidate for Chief Minister. That job went to Sir Mark Boleat, who was elected unopposed at the party’s first agm in February.

Senator Le Fondré, who was isolating at home with covid at the time, Tweeted his congratulations to Sir Mark afterwards.

It is not unprecedented for a Chief Minister to vacate that position but stay in the Assembly: External Relations Minister Ian Gorst was Chief Minister for two terms, but he lost out to Senator Le Fondré in a vote for the top job after the 2018 election.

This year, however, Senator Gorst has intimated that he would like to continue in his role as the lead politician on international and financial affairs.

If he does want to continue in politics, the Chief Minister is likely to stand in the district of his home parish, St. Lawrence, which teams up with St. John and Trinity for the first time in June to return four Deputies.

Senator Le Fondré could stand as Constable but longstanding incumbent Deidre Mezbourian, who was first elected as Constable in 2008 and chairs the Comité des Connétables, is standing for a fifth time, or sixth if you include her first political term as a Deputy.

Posted by Steve Liron on Apr 26th, 2022
To paraphrase the well known quote "here's a man who used to be undecided but now he's not so sure."
To place a comment please login Login »