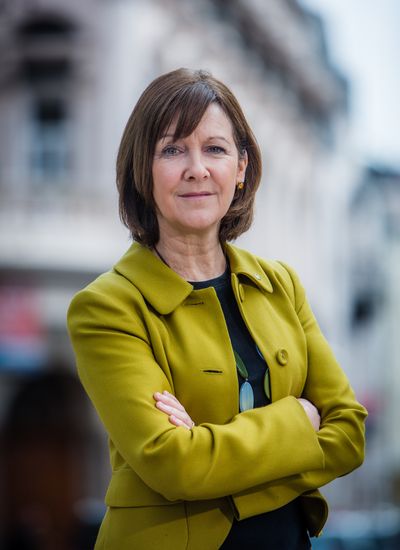 Finance firms are privately considering leaving Jersey because they cannot get the skilled staff that they need, says one recruitment consultant.

In the latest edition of monthly business magazine Connect, which is out this week, ASL director Tina Palmer said that one of her counterparts had been told that frustration about the inability to attract skilled staff was making employers think twice about being based here.

In the lead feature in this month’s edition of Connect, Mrs Palmer said: “One of my counterparts says that she has had two conversations with organizations saying that they are considering leaving the Island because they cannot find the skills. That is a real alarm bell.

“We have got more jobs than we have had for ages and we are struggling to fill them, and my counterparts are exactly the same. It is not the senior, senior positions or the raw trainees, it’s the ones in the middle.”

Her comments come as the Council of Ministers press on with plans to use tougher new powers to enforce a net immigration limit of 325 people per year. That target has actually been in place since 2009, although the average number of people coming in has been almost twice the target.

Even despite that influx of people, the size and value of the financial service sector measured through GVA has dropped by almost a quarter in the same period.

In the interview, Mrs Palmer said: “The vacancy gap that we have is in the £35,000-55,000 salary range, it’s not senior management. We need real estate funds people, private equity fund administrators and trust professionals and we need good graduates. If we are going to have Digital Jersey and we are going to compete, we need to have the intellect here.”

Posted by Dave Mathews on Jul 5th, 2019
I do not think the Recruitment Agencies have actually helped over the years.
Eye watering commission, pushing people to go for jobs they are not fully experienced to do and some can hardly describe themselves as professional.
And let be known that some Firms over the years have created a reputation of not being good employers. So those who struggle to recruit during good times have only themselves to blame.
I am aware of one Trust Company who had an average staff retention rate of a year and the reputation got so bad they changed the name of the company. But this is Jersey and a poor Firm to work for gets noted long term.
To place a comment please login Login »