Tragic Occupation story to be previewed at Jersey festival 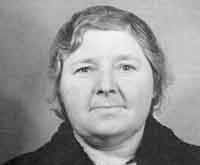 Tragic Occupation story to be previewed at Jersey festival

The screenwriter behind a film that tells one of the most remarkable stories of the Occupation says the movie is now being edited, and she hopes to show sections from it at the upcoming Jersey Festival of Words.

In “Another Mother’s Son” Jenny Lecoat tells the tragic story of her great-aunt, Louisa Gould.

When Mrs Gould heard that one of her sons who was in the RAF had been killed, she was determined to help “another mother” from suffering a similar fate, and together with her brother, Harold Le Druillenec hid a Russian slave worker.

The duo were betrayed and sent to concentration camps. Although Harold survived Bergen-Belsen, Louisa was gassed in Ravensbruck.

Ms Lecoat had wanted to shoot the film in Jersey, but costs made it impractical. Instead it was filmed at Berrow Beach, in Somerset.

The film is now being edited and it’s hoped sections of it will be shown to the public for the first time when Ms Lecoat is in the Island for the Festival of Words on 2nd October and will be giving a talk on the film and conducting two screen-writing workshops.

Ms Lecoat is still waiting to see the finished film but says “it’s all happened far faster than I imagined it would. Being shot on a low budget means some concessions have had to be made, but on the whole I think I’m happy with how things have gone. The big challenge now is getting a distribution deal.”

Posted by Gordon Lawrence on Jul 26th, 2016
Has any one ever tried to find out what vile creature(s) betrayed these lovely people?
Posted by Karen Fountain on Jul 27th, 2016
They have been named in a couple of books I have read Gordon Lawrence
To place a comment please login Login »