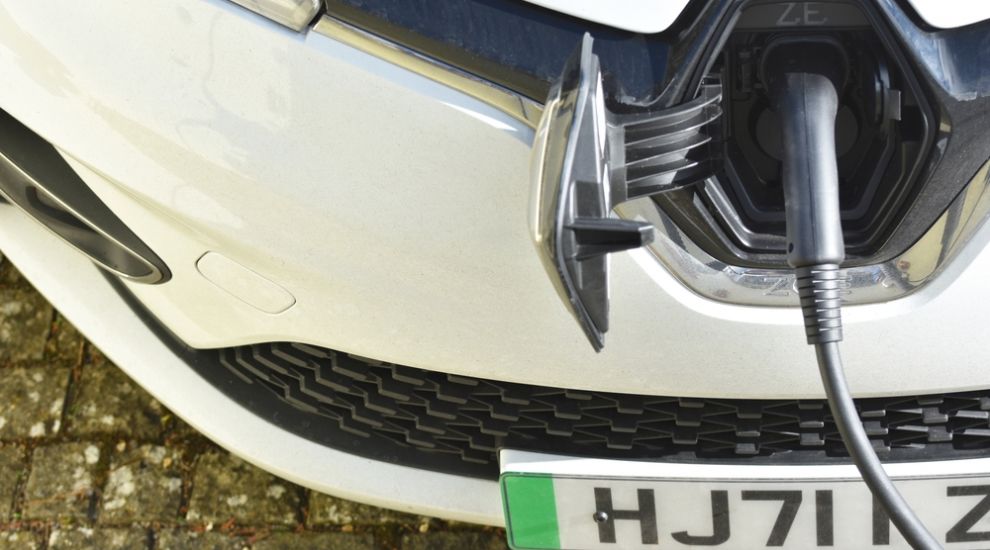 Owners of electric and zero-emission vehicles will soon be able to flaunt their eco-status with a specialist ‘green number plate’ under plans currently being drawn up by Government.

Creating the specialist plates was an idea was put forward in the Carbon Neutral Roadmap, the Government’s plan to get Jersey to net-zero carbon emissions within just decades.

It contained a commitment to "ensure that, from 1 January 2023, owners of electric vehicles have the option to display a number plate that features a green marker as a visible signifier of their contribution to tackling the climate emergency."

The strategy document added that the "green signifier may be extended to number plates for other types of zero-emission vehicles in future."

The idea was included despite some backlash when the plans went out for consultation.

While some respondents felt the idea had merit, and a number went so far as to suggest that black number plates should be introduced to indicate the most polluting vehicles, others suggested it was tokenistic and divisive. 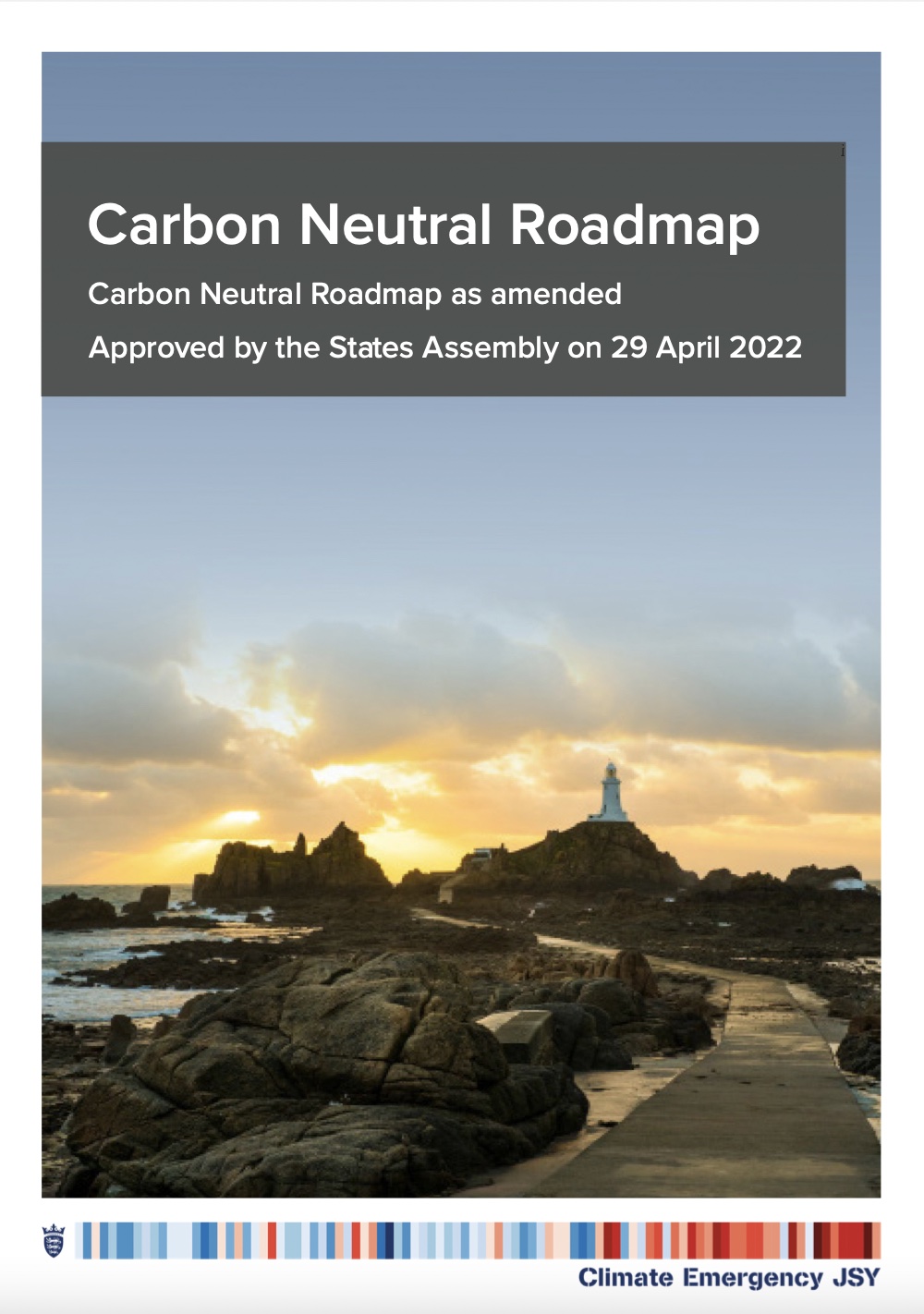 Pictured: Some criticised the Carbon Neutral Roadmap policy as tokenistic and divisive.

The then-Environment Minister Deputy John Young stood by the policy, noting that there is “no cost associated” with delivering it, and that it would make a “useful contribution to raising awareness and the profile of EVs.”

Work is now underway to bring the policy into force.

This month, new Infrastructure Minister, Deputy Tom Binet, who is responsible for transport, signed off on instructions to law drafters to tweak the Motor Vehicle Registration (General Provisions) (Jersey) Order 1993 to ensure that only those with genuinely low-emission vehicles are able to use the number plates.

Green number plates are already in force in the UK, having first been introduced in December 2020.

At the time of their launch, the then-Transport Minister Rachel Maclean said the new vehicle registration plates could also be used to "unlock a number of incentives for drivers", such as cheaper parking and free entry into zero-emission zones.

Video: The UK Government launched the policy just under two years ago.

The UK version of the scheme allows the ‘green plates’ to be retro-fitted to any existing vehicles, including cars, vans, buses, HGVs, taxis and motorcycles, provided that they emit no CO2 emissions at the tailpipe.

The design consists of a green ‘flash’ on the left-hand-side of the number plate, which the UK Government said could be combined with the Union flag and other national identifiers already permitted.

To encourage further EV use, the Carbon Neutral Roadmap also committed the Government to allocating £4.3m to create a scheme to subsidise the purchase of 1,200 electric vehicles, up to £3,500 on vehicles under £30,000, with the incentive linked to the price of the vehicle.

Express explores the detail of the Carbon Neutral Roadmap with senior policymaker Steve Skelton. Listen to the podcast below or find it on your favourite pod provider by searching 'Bailiwick Podcasts'...

Pictured top: An example of a green number plate on an electric vehicle in the UK.

Posted by Jon Jon on Sep 29th, 2022
Big Deal! I'm totally not bothered what number plate is on a car at all, mines a diesel so will I need to change it to black soon?
Posted by Frustrated Islander on Sep 29th, 2022
Great, so is there a future plan for my petrol powered classic cars and bikes to have a "brown" number plate?
Posted by Scott Mills on Sep 29th, 2022
Hahahahhahahhahahahhaha oh let's all rush out and buy one. Oh my days. Can I have a red one for comic relief day. How much is the person(s) getting paid to come up with this? I'd be more interested in making the cars more apparent they are approaching you rather than a green reg plate. There will be more pedestrian accidents, and driver's at fault because they'll use " I didn't hear it coming". Mark my words. I'm off to scrap some seaweed from st.aubins to put on my diesel van
Posted by Private Individual on Sep 29th, 2022
This is discrimination at the highest level. This nothing more than a shaming mechanism that points the finger at someone for not complying with the dictate. Perhaps people in the present economic climate simply cannot afford to spend 30k on a new car! This agenda is unrealistic and needs to be reviewed to what is affordable for people.
Posted by Svante Arrhenius on Sep 29th, 2022
Unbelievable. Do they think they are dealing with children?
Next, they'll be handing out our medals!
It reminds me of Dick Dastardly handing out medals to Mutley.
It is just possible that there may be more important things that could be done with their time!
Posted by Simon Langlois on Sep 29th, 2022
What an excellent idea. People need to be encouraged to move away from polluting diesel and petrol vehicles and this is a really simple step in the right direction.
The sooner we follow countries like Norway the better, where 9 out 10 cars sold are electric, and that's a country with extremely cold temperatures in which electric cars don't even work that well!
Posted by Cardin Pasturel on Sep 30th, 2022
Virtue signalling! Unfortunately EVs and electricity are not created by magic. EVs simply destroy someone else’s environment. And with measures already being implemented in Europe to significantly reduce personal power consumption, where would that leave EV owners wanting to charge their vehicles?
Posted by Martin on Sep 30th, 2022
Are there "50 shades of green" to go with the varying levels of carbon neutrality?

We must not forget the nuclear power fed into the batteries & the lithium which is a very finite source!

Hydrogen is the way forward!
Posted by Patrick Guyomard on Sep 30th, 2022
Simon, the Norwegian government gave a whole host of financial incentives to private individuals and companies to buy eV's. We will have a sticker. The Norwegians also have some of the highest building insulation standards so they limit energy use, we hardly mention that so will need to generate more electricity somehow to power the cars, buses refuse vehicles etc. I would like to see more significant plans, possibly as radical as full States ownership of JE or incentives to insulate than a dab of paint.
To place a comment please login Login »