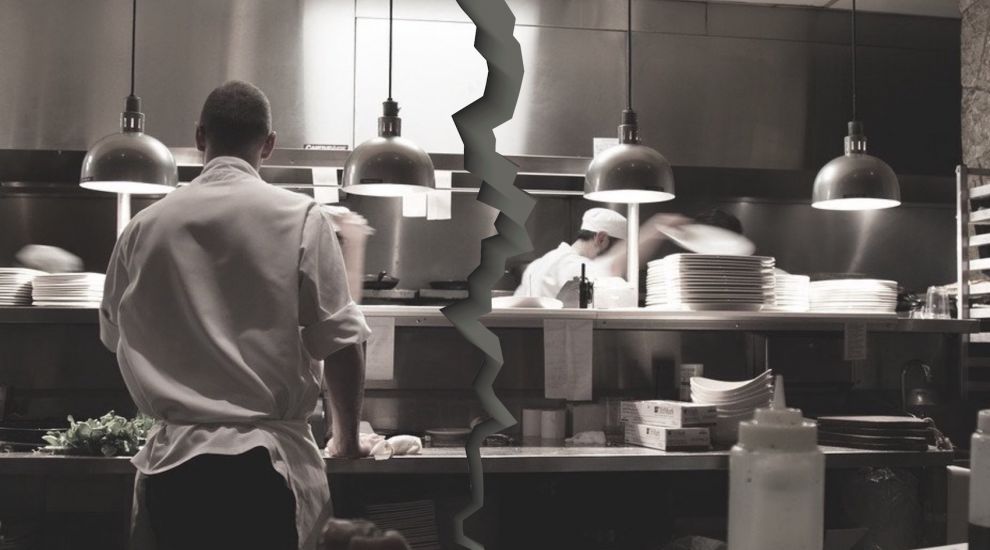 A chef, who alleged his employer had threatened to kill him if he couldn’t work after hurting himself, has failed to convince a tribunal he had been dismissed unfairly or discriminated against - but has received around £1,000 compensation for other claims.

Jamil Ahmed worked as a chef for Noya Shapla from 18 February 2020 until 14 November 2020, after which point he brought several claims against the restaurant and its owner and Manager, Johirul Miah, including claims of age and disability discrimination.

Mr Ahmed said he had not received a copy of his contract and had only been given him two pay slips during his employment. In fact, the Employment Tribunal heard he had initially been hired on a self-employed basis and paid based on invoices, an approach which the restaurant’s HR advisor, Natasha Le Dain-Cyples, admitted had been wrong.

She said the situation had been rectified in early August at which point Mr Ahmed received a contract and weekly wage slips were produced.

Mr Ahmed claimed his signature on the contract had been forged and described his employer as a “pathological liar."

Dr Moran concluded the restaurant had breached the employment law by not issuing a contract or pay slips between February and August and awarded him £480, the equivalent of a week’s wage, for each breach. 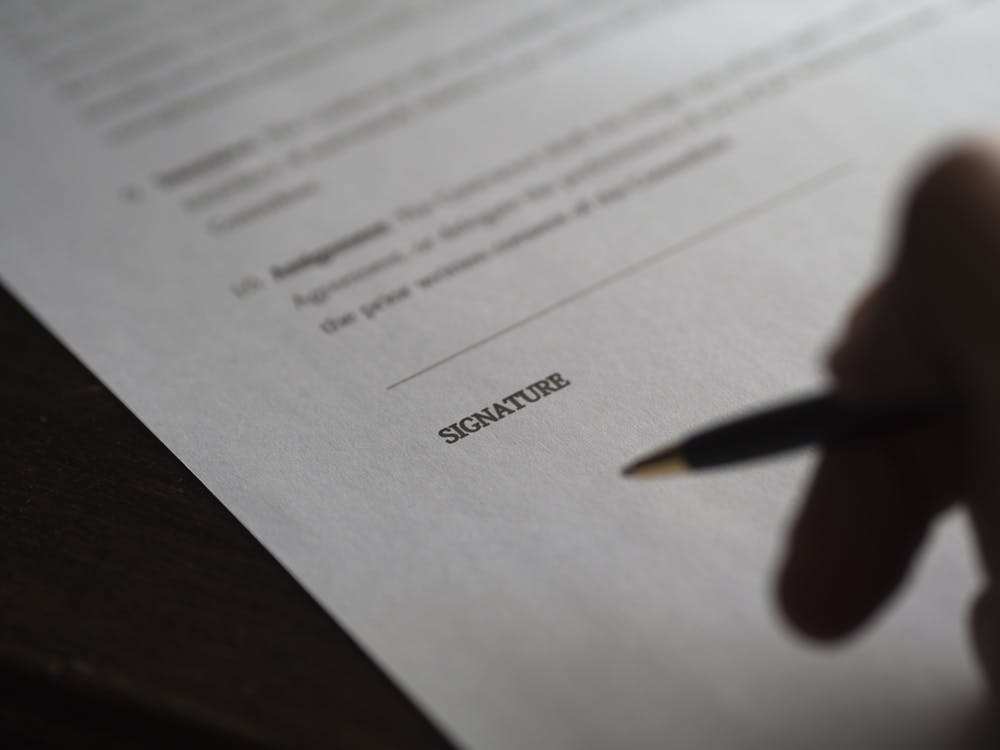 Pictured: Mr Ahmed claimed his signature on the contract had been forged and described his employer as a “pathological liar”.

Dr Moran also awarded £437.50 in unpaid wages for Mr Ahmed’s final five days of employment as well as £612.50 for seven days of unpaid annual leave/bank holiday pay, both of which the restaurant had accepted.

Mr Ahmed alleged he was not paid the minimum wage as he received £525 a week despite working 72 hours a week - something Mr Miah and the restaurant’s Head Chef denied.

Dr Moran dismissed the claim as Mr Ahmed couldn’t prove he had worked more than 50 hours a week.

His claim for unlawful deductions for Social Security contributions and tax, which he said the restaurant hadn’t paid, also failed.

Mr Ahmed’s claim also included allegations that he had been dismissed without notice on 14 November 2020 “after he fell at work, breaking his ankle, back bone and cutting his head." He claimed Mr Miah had seen him fall but threatened to kill him if he did not work, before telling him to “get lost” and dismissing him.

The restaurant said that Mr Ahmed had resigned on 14 November 2020 when he left work part way through his shift and did not return or contact them before issuing his claims.

Pictured: The case was heard by Dr Elena Moran, Chair of the Employment Tribunal.

Dr Moran concluded Mr Ahmed had failed to prove he had been dismissed. “I find that the alleged threats of Mr Miah to kill him are inherently improbable and I accept the evidence of Mr Miah that he was not at the restaurant at the time,” she wrote in her judgment. “I also note that Mr Ahmed has provided no evidence whatsoever of his alleged injuries. Nor could he explain at the hearing how he managed, with a broken ankle, to access his staff accommodation which was on the third floor to remove his belongings.”

Noya Shapla had in turn submitted a counterclaim for losses arising from Mr Ahmed’s failure to provide four weeks’ notice as required by his contract.

Mr Miah told the Tribunal that he had been forced to work in the kitchen for 13 weeks after Mr Ahmed left and until a new chef could be recruited. He said that as a result he had to hire two front-of-house staff which had cost more in wages.

Dr Moran refused to grant the period of 13 weeks as she noted Mr Ahmed could have left by giving four weeks’ notice, adding that while additional staff were brought in to cover his absence, the restaurant had saved money in not having to pay him.

She granted the Restaurant £915.20 for the salary of one additional member of staff on a zero-hours contract for 20 hours per week at a rate of £11 per hour plus a 4% uplift for holiday pay for a period of four weeks. 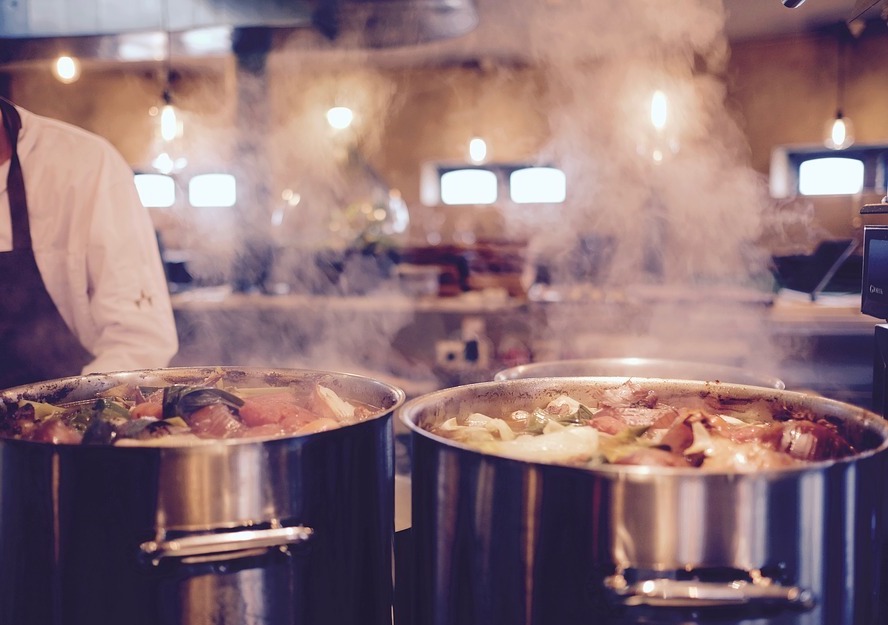 Pictured: Mr Ahmed claimed he had been working 72 hours a week but the restaurant denied this.

Mr Ahmed’s final claim involved allegations of discrimination on the grounds of age and disability, saying Mr Miah had dismissed him on 14 November due to his disability and age. Dr Moran dismissed the claim having already concluded that he had resigned.

Mr Ahmed also alleged Mr Miah had subjected him to harassment, which included threatening to kill him, shouting and screaming at him and calling him a “stammering, deaf, old, lazy b******”. According to Mr Ahmed, the swearing and abuse happened over 50 times.

Mr Miah denied all the allegations, noting that Mr Ahmed had previously worked for his father and that he wouldn’t have hired him again if his age was an issue. He said that along with his other staff he had entertained Mr Ahmed at various social events in St. Aubin and had never treated him differently from the other staff.

Mr Ahmed appealed the decision arguing that Dr Moran “associated with the defendant” which he considered to be a serious error of law and a miscarriage of justice.

At the beginning of the hearing, Dr Moran had in fact disclosed that she knew Mrs Le Dain-Cyples who had previously been one of her clients. She had given the opportunity to Mr Ahmed to object to her hearing the case but he had not done so.

Mr Ahmed also argued that Dr Moran had failed to check whether his signature on his contract matched the one on his passport, which he said it didn’t. Dr Moran said she hadn’t done so because “forensic analysis of signatures” is not within the expertise of the Tribunal.

She however said this didn’t give rise to a question of law as there was enough evidence to conclude Mr Ahmed had indeed received a copy of his contract and therefore dismissed his appeal.