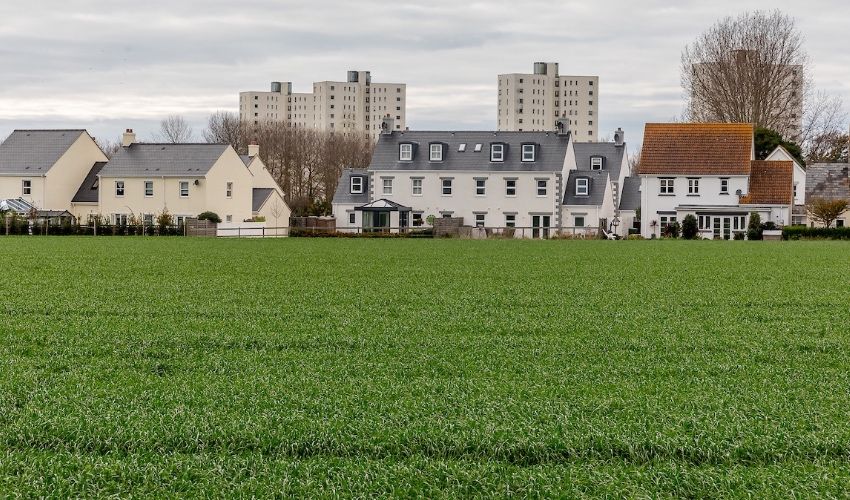 St. Clement politicians have united to fight development on three fields off Samarès Lane which are currently on the Island Plan’s ‘B-list’ of housing sites.

Constable Marcus Troy and Deputies Susie Pinel and Lindsay Ash - who are Treasury Minister and Assistant Minister - met with Environment Minister Deputy John Young this week to find out more about his plans for the fields, which are just north of the Coast Road past Green Island and east of Samarès Lane.

His ‘Plan B’ list of housing sites was only published in September – after the official consultation period which followed publication of the three-year ‘bridging’ Island Plan had closed – and are being reviewed this week by two independent planning inspectors.

St. Clement did not feature in the 11 sites that were earmarked for affordable housing in the draft plan, which was released in April.

However, when Minister released his 900-page response to the consultation, he dropped in alternative sites after being asking to come up with an alternative list by Scrutiny.

He then asked the inspectors to review the alternative sites as part of their ‘examination-in-public’ of the draft plan. 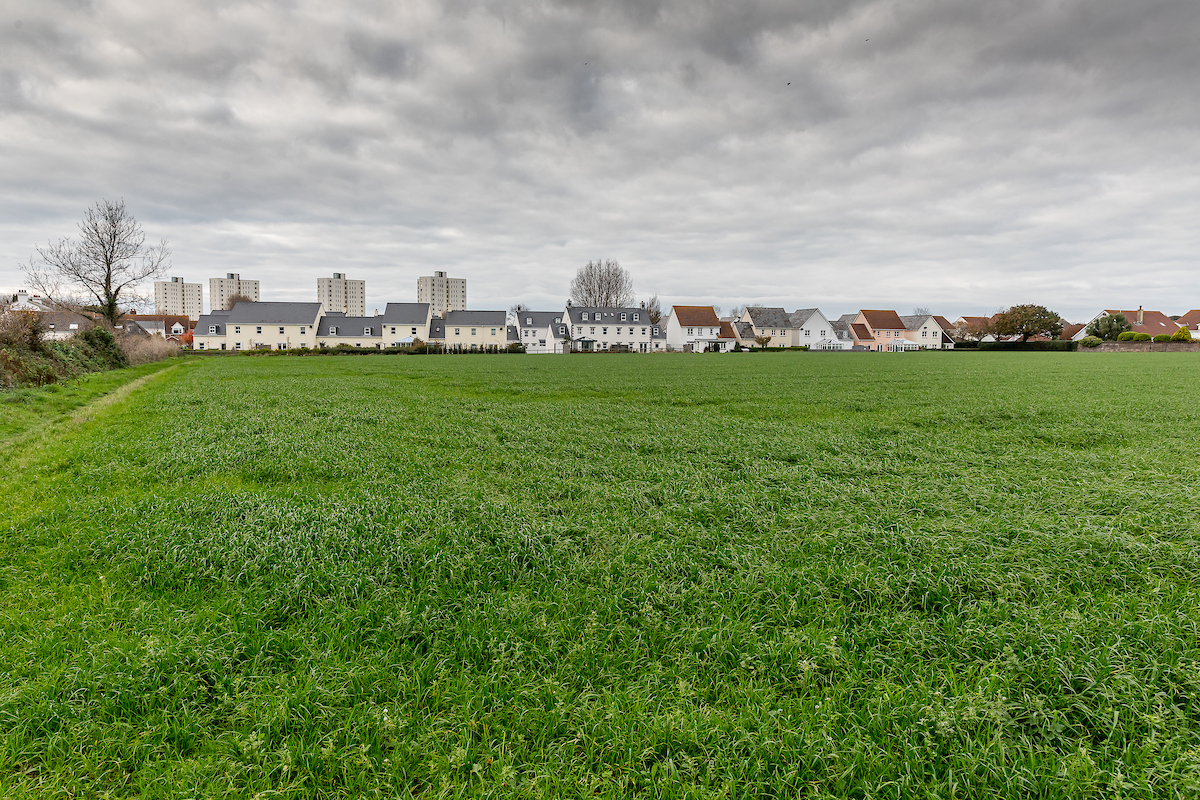 Pictured: The three fields are in agricultural use.

With two of the 11 preferred sites already falling away after being withdrawn by their owners, it is now more probable that some of the Plan B sites will be selected.

The unexpected addition of ‘C102’, ‘C104’ and ‘C105’ as a potential housing site has both “angered and upset” parishioners in St. Clement.

Up to 78 houses could be built on them.

The three politicians met with Deputy Young on Friday when set out their objections.

“It was a constructive discussion, but I don’t think the minister was left in any doubt that we strongly oppose building on these fields,” said Constable Troy.

“We are united that no agricultural land in St. Clement should be transferred for any residential use. The way this Plan B was presented was also very disappointing – the first time we knew about it was reading it in Bailiwick Express.

“Most people I’ve spoken to feel that the concerns of parishioners have been ignored and there is a lot of scepticism.”

Pictured: The fields are to the east of Samarès Lane. Credit: Google Maps.

Deputy Ash said: “You hear a lot about NIMBYism, but you cannot accuse St. Clement of that. We’ve got Les Squez, Le Marais, Samarès Nurseries and others… We have taken an awful lot and we can take no more.

“Samarès School is completely oversubscribed, the pumping stations are working full-time, the bus routes are crowded, and the site is also marsh land.

“The last thing we need is another hundred families putting pressure on already strained facilities.

“[Former Constable] Len Norman was also strongly of the view that there should be no more building in the parish, and he recognised that the Samarès Nurseries development was a step too far.

“At the moment, we are going to see if the site is proposed by the Minister, but if it is, I’m sure lots of parishioners will let their feelings be known.”

Deputy Pinel said that the three parish representatives had voiced “robust objections” to the Environment Minister.

“Parishioners are angry and upset, especially when some parishes want homes but haven’t got them in the Plan.

“We are in danger of becoming an extension to St. Helier ,but St. Clement has to stand up and say, 'enough is enough.'”

Constable Troy said that a Parish Assembly on the matter scheduled for Thursday had been postponed as it was better to wait for the outcome of the Island Plan process.

Mr Troy is due to raise his concerns to the planning inspectors this morning.

Catch up on the first few Island Plan hearings below...

Posted by IanSmith97 on Nov 17th, 2021
It really doesn’t matter because the NIMBIES in the Trumptonesque small country parishes will ensure no developments happen in their country idylls. Unless of course their entitled offspring demand a house in ‘their’ Parish. They will do everything to ensure St Helier, St Saviour, St Brelade and St Clement get dumped on. The reality we all have to face however is new homes have to go somewhere.
Posted by Jon Jon on Nov 17th, 2021
Where ever you build in this Island people will object!
Posted by Keith Marsh on Nov 17th, 2021
I can understand how those in St Clement feel ~ WE in St Helier have been saying the same thing for MANY YEARS ~ "enough is too much"
Posted by Scott Mills on Nov 18th, 2021
does st.ouen have any comments regarding this?
To place a comment please login Login »