ST. HELIER CENTRAL HUSTINGS: “Forgive me, I am the new boy” 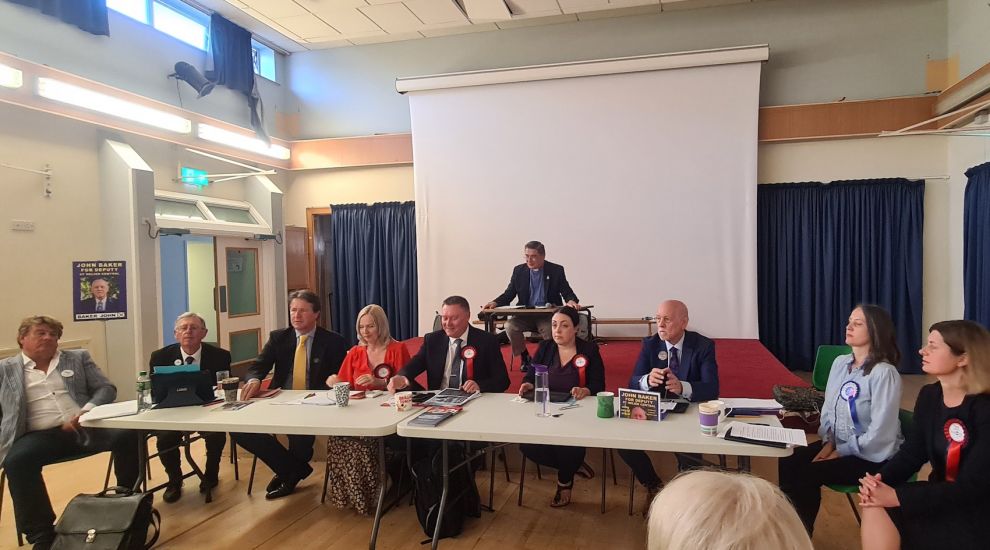 ST. HELIER CENTRAL HUSTINGS: “Forgive me, I am the new boy”

There were almost as many candidates as parishioners at Rouge Bouillon School for the St. Helier Central Hustings, with nine and 13 respectively (although another two joined later).

Fortunately, one 'passionate' parishioner and a mini Reform-Alliance clash kept the night lively.

Housing and Government accountability – or lack thereof – emerged as the main themes on the minds of St. Helier Central residents during the district’s hustings.

There were no shortages of questions (although some attendees asked two at the time), with candidates answering queries right to the last minute of the meeting, and even after it ended as The Very Reverend Michael Keirle encouraged the clearly passionate parishioners to “corner” candidates as the “formal” proceedings closed.

The meeting was off to a flying start with candidates asked how they would address the “complex issue” of solving the housing crisis whilst limiting population in the midst of an employment crisis. But whilst the parishioner had asked for solutions, only a few candidates seemed to have concrete ideas while the others simply commented on the cause of the issue.

Serving Deputy Geoff Southern said he wanted to see social housing rents return to a means tested system where people would “only pay what they could afford” and only up to a third of their total income.

Neil Kilbey said the first thing that needs to be done was to build on Jersey Property Holdings’ “bank of land”, which he said that, according to Andium Homes, could house 2,000 homes. Meanwhile, Julie Wallmann said she wanted to build on brown fields and ensure ‘qualified’ and ‘unqualified’ people have the same rights.

Current Deputy Rob Ward, who sipped throughout the evening from a 'Brilliant Teacher' mug, said he would ban foreign buy-to-let investors and buy-to-let in general, arguing the island didn’t have the capacity “for people to have many homes when others can’t afford to live in them”. He added that States-owned land should only be used for social housing and that people should be encouraged to downsize with incentives. 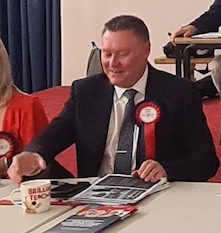 Pictured: Rob Ward's mug was a throwback to his former career as a teacher.

Lindsay Feltham said she would ban above inflation rent increases, introduce a landlord licensing scheme and encourage properties back on the market via an empty property tax.

The housing issue was brought back onto the table when one parishioner asked how candidates would either protect or reduce density in St. Helier. While several said they couldn’t make St. Helier smaller, they proposed making it nicer with the addition of amenities.

John Baker, who had sneakily tucked a poster of himself between Chris Tanguy and Geoff Southern, suggested “greening up the town” and giving everyone access to a green space no more than five minutes from their home. He also suggested reducing traffic and making more “neighbourhood friendly streets”.

JLC-Progress candidate and apparent catchphrase fan Julie Wallman, however, suggested that, once brown sites had been built on, St. Helier residents could be encouraged to move.

Turning to the employment crisis, all candidates agreed the island was not “attractive” enough, although solutions were not as forthcoming. Deputy Southern said he had recently been told that, whilst the island used to be too expensive for healthcare assistants and then nurses, it was now too expensive for doctors. 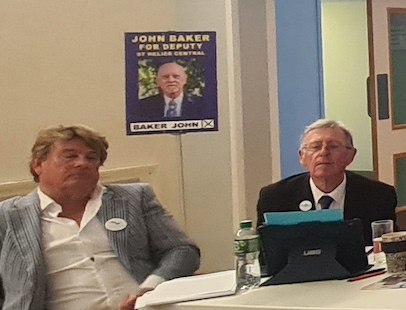 Catherine Curtis said a resident register would help know how people are on the island and manage the population. She added a “responsive permit system” was required so that essential work can be carried out.

The other main theme during the evening was that of Government accountability. One parishioner asked “how the Government had been able to get away with so much over the years”, stating “they have failed and failed and failed” and questioning “what is the actual wall that politicians hit that stops things happening”.

Clearly feeling strongly about the subject, the woman interrupted some of the candidates’ responses and a (gentle) reprimand had to be handed down - literally, he was seated on a stage hovering over the candidates - by the Very Reverend.

“It is good to see the passion,” he quipped.

Mr Kilbey said this was a “major issue” as the “the States of Jersey seems to be guided by an invisible hand”.  He said he was standing because the Assembly needed “strong people who are going to be crystal clear about what they are doing”. 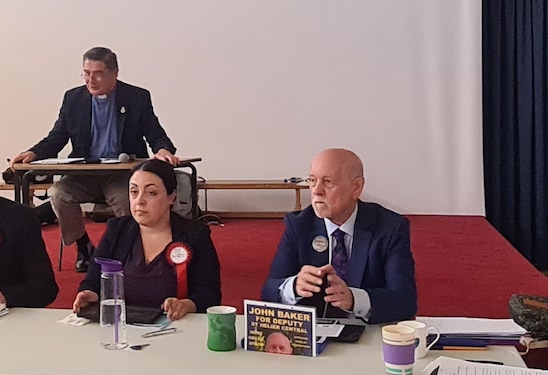 Pictured: The Very Reverend Mike Keirle chaired the hustings from his seat on high.

Ms Curtis argued that accountability had gotten worse with the OneGov changes, suggesting instead that all departments should be accountable to one minister.

Deputy Ward said there was “no transparency in the States Assembly” with seemingly independent people “making backroom deals”.

John Baker said he was “fed up with the Government” and how it had failed to find solutions to “lots of big projects” such as the hospital or Fort Regent.

Chris Tanguy, who denied the Government was “Alliance-led” having only two members of Government among its candidates, said the civil service was leading the island, not the Government.

According to Deputy Southern, “the brick wall is money”. “The Government doesn’t believe taxation should be used to make sure people have a safe and secure life,” he stated.

Later on in the meeting, one parishioner asked candidates whether all Government minutes should be made public, which all agreed with.

Deputy Ward said no minutes should be private and that members of Government “shouldn’t be saying anything in a meeting that they wouldn’t say in public”.

Ms Feltham said accountability was required and in addition to publishing minutes, conflicts of interests needed to be more clearly stated.

Mr Kilbey suggested the Government should adopt the Scandinavian model of “complete transparency”, arguing “we need to know what’s going on”.

Other subjects broached during the evening included homelessness, which several candidates admitted knowing nothing about, long waiting lists for CAHMS, how the island can offset its imports and proposals for a marine park.

The Reform Jersey candidates made several references to their manifesto, which appeared to annoy Mr Tanguy who, launching into one of his answers, said: “Listening to them, you would think they are the only ones with a manifesto”.

There seemed to be some animosity between the party and Mr Tanguy, with the latter making several pointed comments at the candidates. At one point he suggested “nothing comes out of Scrutiny”, to which Deputy Ward suggested he should read the reports. Deputy Ward and Alves corrected Mr Tanguy when he suggested there were two members of Government at the table. He then corrected himself saying “two members of the Assembly”, stating “forgive me I am the new boy”.

Posted by Scott Mills on Jun 16th, 2022
That's 2 football teams. Jersey politics rockin' these days. Just shows you people have really given up, because no matter who enters the chambers....nothing changes. The penny has finally dropped for majority of people.
Posted by Martin on Jun 16th, 2022
We are now suffering from total apathy with such a turnout!
To place a comment please login Login »