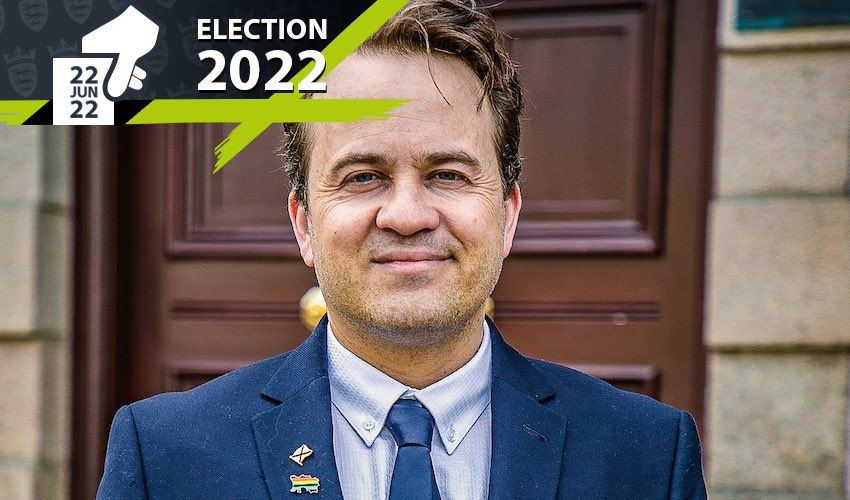 St. Saviour Deputy and Health Scrutineer Kevin Pamplin has called for "less self-interest and better 'Genuine Jersey' communication" in Government, as he confirmed he was aiming for a second term.

Deputy Kevin Pamplin, who is hoping to take one of five seats in the district, says he would be able to "hit the ground running from day one" if re-elected.

He is also a member of the Jersey branch of the Commonwealth Parliamentary Association, and the Bailiff's Consultative Panel.

If re-elected, Deputy Pamplin says he wants to work to create safer routes to schools, protect the parish from "unjustified overdevelopment" and reduce the waiting lists in parish primaries.

Outside of the parish, he labelled reducing mental health waiting lists and increasing school counselling provision as a priority. He also said he would like to see a 'Carers' Strategy' brought forward, and pledged to push the Government to bring forward its "much-delayed" Dementia Strategy.

He said education funding should also be "improved and ring-fenced", and believes tax and the taxation of pensions to be reexamined.

"We know what the challenges are for our island, we have been talking about them for more than four years!" the Deputy said.

"What's stopped us from meeting these challenges is mostly a disconnection of leadership and accountability. We need less self-interest and better 'Genuine Jersey' communication," he said.

On why he should be elected, Deputy Pamplin said: "With my proven track record representing the parish, and, in the Assembly, I'm even more focused, experienced, matched with the energy to challenge and hold those in power to account."

Posted by Jon Jon on May 17th, 2022
So what’s he been doing for the last four years? He should of hit the ground running then!
To place a comment please login Login »