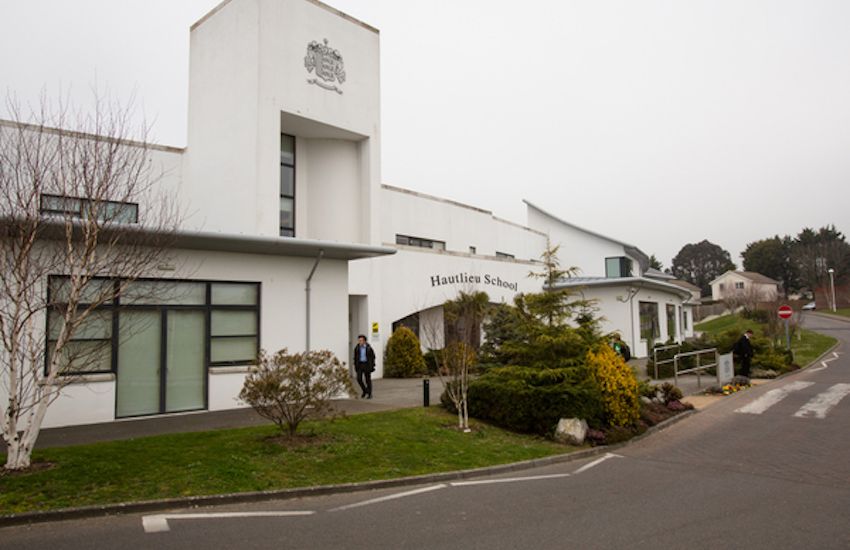 Hautlieu was forced to close to Year 12 students today due to staff shortages.

An Education spokesperson said the decision to ask AS Level students not to come in was "as a result of the number of teaching and support staff who are absent from school for a variety of reasons, both covid and other illnesses."

Asked how long students would have to work from home by Express, the spokesperson said: "It’s a temporary arrangement and teachers will update parents tomorrow."

According to the latest statistics, there were 52 cases of covid reported in schools yesterday.

Last week, a total of 311 Jersey students were diagnosed with covid and 42 school staff, roughly the same as the previous week when 321 pupils fell ill with the virus and 37 staff.

NASUWT and the NEU both recently wrote to the Education Minister to ask that masks are made compulsory in classrooms and that non-essential activities like assemblies and extra-curricular clubs are called off to curb the spread of covid.

They argued that teachers' wellbeing was suffering due to having to cover for ill colleagues and fears about becoming ill themselves. They also said they were frustrated by the decision to stop PCR testing direct contacts from a school setting. 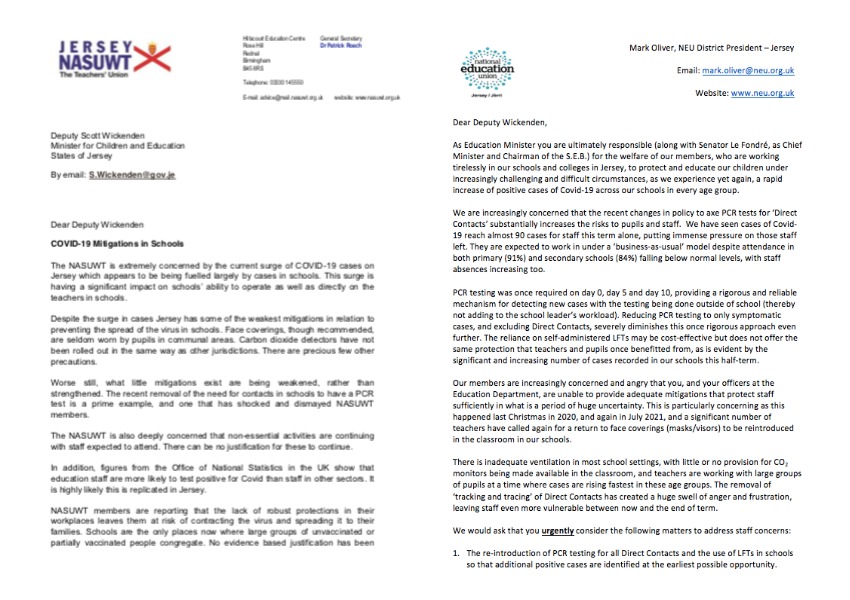 The Chief Minister responded this week by saying that the lateral flow test programme was already doing a good job, and that the position remained under review.

He said he would like to see masks worn more frequently, and said he was sure that the Education Minister, Deputy Scott Wickenden, would consider introducing compulsory mask use if it was "not sufficient in schools". However, he noted that there were only around three weeks left until the end of term.

Hautlieu is not the only school to have had to close year groups due to staff shortages - prior to the PCR test rule relaxation, towards the end of November, Grainville and Haute Vallée also had to close to certain year groups.

Overall, there are currently 1,363 known active covid cases in Jersey - 1,045 of which are showing symptoms.

Statistics update:
There are currently 8 active cases in hospital.
The number of active cases in the Island is 1363.
There have been 125 new cases and 73 recoveries since Wednesday 1st December.

Eight of those individuals are in hospital, and eight in care homes.

New CEO and Dean at Institute of Law