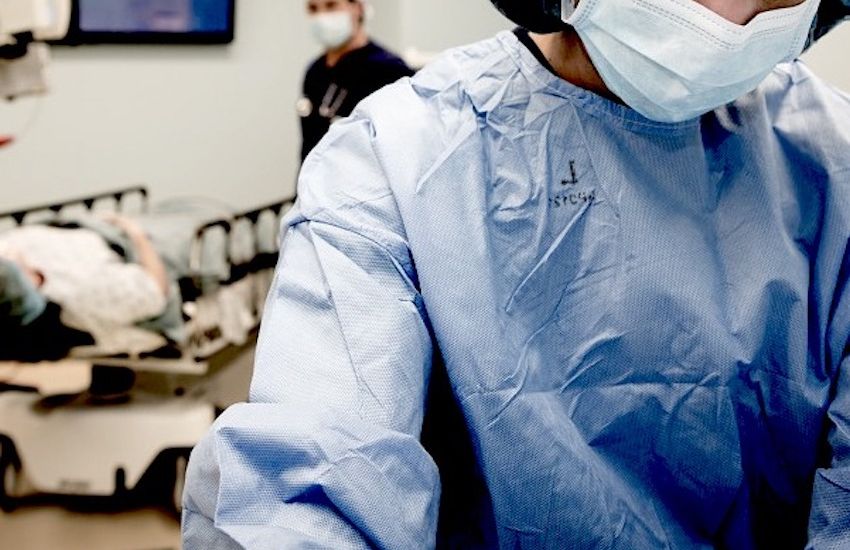 Non-urgent procedures have had to be rescheduled due to staff shortages, and medics were put on alert last week that private operations may have to be suspended if problems continue, Express has learned.

Operating theatres were already operating under a ‘mitigation plan’, but the service lead told hospital workers last week that the staffing situation had become so challenging as a result of “sickness” that middle-grade (non-consultant) operations would have to be suspended.

Operations are now being based on “clinical priority” – i.e. based on the level of urgency – and schedules for the next four weeks are being redrawn.

Some senior staff reacted furiously, with one arguing in an email chain seen by Express that the Health service should be honest about its staffing “crisis” and that politicians should be working harder to find solutions.

An internal report produced in June – which was leaked to Express last month – linked surgical staff shortages to unresolved bullying cases, revealing that some operating theatre colleagues were unable to even work in the same room as each other.

The report also highlighted that operating theatres had the highest number of staff on long-term sickness, primarily stress-related. 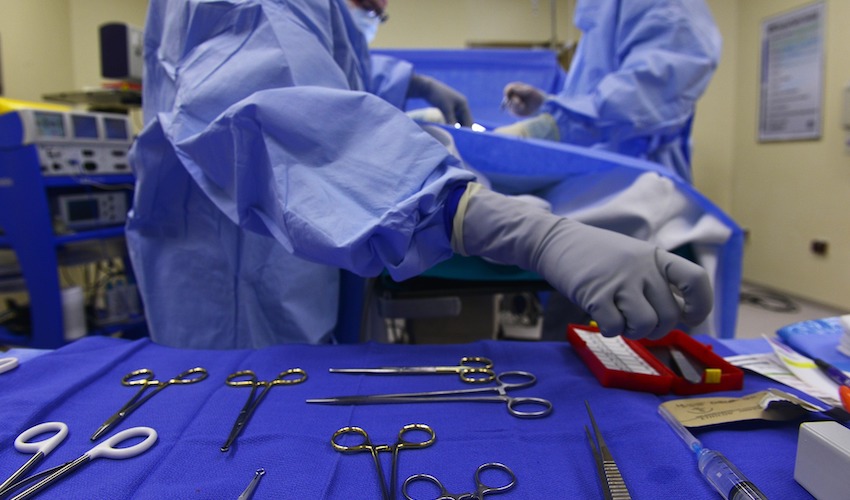 Pictured: "Some of the staff relationships have broken down so irreparably that the staff concerned can now not be allocated to work in the same theatre," the report read.

Weeks later in July, it was announced that non-urgent operations at the hospital would be suspended due to non-covid staff illness.

While elective surgeries resumed on 1 September, the service is under pressure little over a month later.

If the latest mitigation measures don’t work, staff were told last week that public operations will take precedence “and private listing could be suspended.”

It comes as the hospital has also been struggling at near-to-full capacity, with medics describing availability as “very poor” and “extremely challenging”. Patients have had to be moved around and rapid discharges have been encouraged as a result.

The Government did not respond to questions from Express on how many operations had had to be rescheduled as a result of the surgery pressures, nor did it provide an answer on the hospital’s current bed capacity. 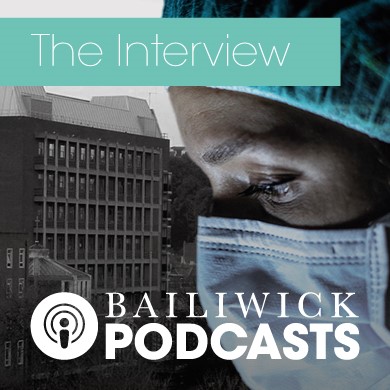 CLICK TO LISTEN: Express explored recruitment issues in the latest Bailiwick Podcast, 'How healthy is Health?'

A Health spokesperson said in a statement: “Managing staff sickness along with emergency and planned demand is a challenge for any healthcare system and it is something Health and Community Services faces every day.

"The Hospital has encountered increased bed demand over the past few weeks, however, season activity pressures are well understood and the Hospital and wider healthcare services are working hard to address capacity pressures when they occur.

“There is no planned suspension of any categories of activity at this time and staff continue to ensure there is daily prioritisation according to need and workforce alignment.”

Speaking on the Bailiwick Podcast earlier this week, Group Managing Director Rob Sainsbury described many of the bullying and morale issues at the heart of staff absences as “historic”.

He said that the Department was working hard to improve the culture of the organisation through team-building activities and initiatives such as Wellbeing Week, which started on Monday.

It will see staff engaging in activities and events ranging from yoga to massage.

He also said work was underway to tackle recruitment problems by ensuring that Jersey's hospital can offer an appealing package.

Reports detailing serious bullying allegations, staff shortages, buildings which are no longer fit for purpose, and a new hospital which is still, at least, five years away.

The daily challenges for senior managers in Jersey's health department only seem to worsening; but it is also the one part of government which quite literally affects the lives and wellbeing of every single person in Jersey, a role which also comes with the biggest price tag.

It is rarely out of the news, and after 18 months of a pandemic and fears about a bad flu season to come, Express took the opportunity to sit down with Group Managing Director, Rob Sainsbury, to get his views on the current health of Health...

Posted by Scott Mills on Oct 12th, 2021
Like I've said from the start, no point in having an all sparkling Gucci new hospital with all this going on behind closed doors. Jersey gov needs to be very careful, because Jersey is not attractive to come anymore, the days of attracting to many people are long gone. Be warned, we may have an empty but over-managed hospital. Lovely beaches
Posted by Keith Marsh on Oct 12th, 2021
Yet again This Government has failed the people of Jersey
The Minister responsible and Rob Sainsbury should resign.
An Emergency Ministerial Team must sort this dreadful situation with some urgency
Posted by Stathia Ekdikisi on Oct 13th, 2021
Mr Sainsbury - if it is so good why is it so bad? Bullying is not a historic situation, it is widespread and coming from well known Individuals with a blessing blind eye of the leaders. They don't know how to manage without bullying and intimidating. The only thing left to them is PR - all the podcasts, press interviews and billboard adverts with broad smiles of the 200-300k unelected leaders. The list of patients waiting for inpatient admission, mostly surgery further increased in September to over 3 thousand with almost 10 thousand patients waiting for an outpatient appointment. These are the highest numbers ever, and they are not 'historic'. These people pay taxes and have the right to safe and effective (timely) care. 13 thousand people on the waiting lists means that every 8th person is waiting, if you consider that majority of them are mature and elderly individuals - every 5th or 4th person is waiting. How much more will it take for the elected representatives to say enough and to get rid of the incompetent leaders directors and managers. The balloons advertising new mindfulness and yoga classes won't help either - people suffering from stress, anexiety or depression due to the toxic culture won't go there - they will be afraid to meet their bullies at the same classes. It is time for change.
Posted by Jon Jon on Oct 13th, 2021
That hospital is top heavy with managers,knowing a few people who work in hospital they do say they are fed up,overworked,doing far more hours than they are contracted to,without extra pay. This government sticks it’s head in the sand yet building a billion pound hospital,where’s the staff coming from?
Posted by Anony Mouse on Oct 14th, 2021
if private operations are cancelled, those patients will just add themselves to the government waiting list instead, because there is only one hospital here. all that means is that the insurer funds leave the island and never find their way back into Jersey's economy.
To place a comment please login Login »