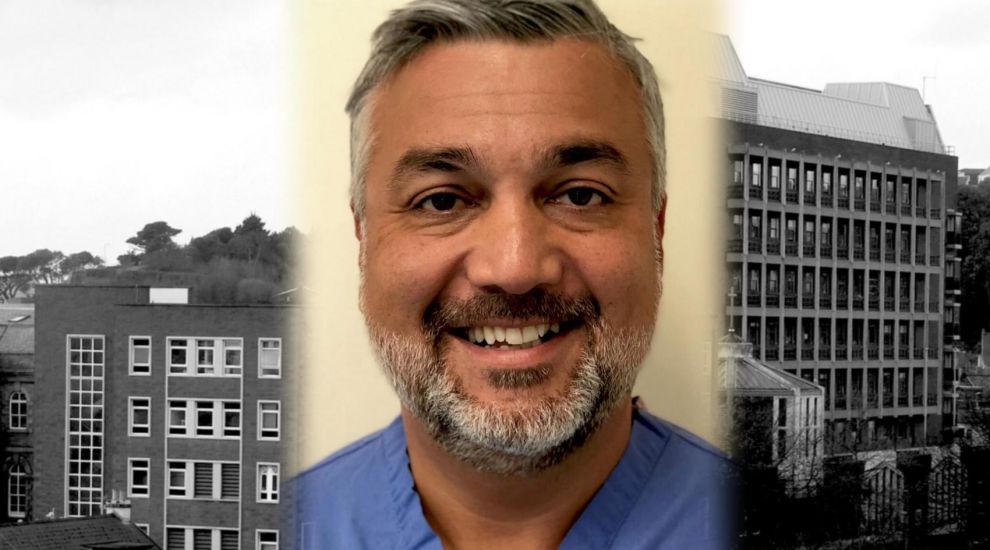 The States Employment Board is seeking permission to refer the case of a sacked eye surgeon up to Jersey's highest court, it has been confirmed.

The revelation came during this morning’s States Assembly sitting, following a question from backbencher Deputy Mike Higgins asking for an update on the case of Amar Alwitry, who was sacked from his position at Jersey Hospital before he even started.

Mr Alwitry has seen off multiple legal challenges from the States Employment Board first at his trial and then at the Court of Appeal, but now it’s emerged that the Board intend to take the fight further.

Vice-Chair of the Board Constable Richard Buchanan responded to Deputy Higgins by saying that the Board has applied for leave to appeal to the Privy Council over the dispute, which dates back over six years.

Pictured: The development in the Alwitry case emerged during the States sitting.

Constable Buchanan told the Assembly that “we await confirmation of this application”, and that the Board could not comment further on the case for fear it may prejudice the proceedings.

In a follow-up question, Deputy Higgins described this as “one of the most appalling things I’ve ever heard of” and asked the Board’s Vice-Chair to update Members on the running legal fees of the row.

Constable Buchanan explained that he didn’t have “the costs to hand” but that he would update the Deputy in private on that issue.

Senator Sarah Ferguson asked: “Might the assembly be assured that the SEB and the Human Resources department actually learned from this shameful episode…?”

Pictured: The Vice-Chair of the Board Constable Richard Buchanan.

To this, the Constable said "the answer is yes", adding that there has been a “great deal of learning from this” and emphasising that it was an issue that the current Board inherited from their predecessors.

Addressing Deputy Higgins’s calls for Ministers and civil servants to resign should they lose their appeal at Privy Council level, Constable Buchanan replied: “Clearly I’m not going to respond to that.”

He explained that due to the ongoing proceedings “there are matters that we cannot discuss in this Assembly", but invited any Members who wished to discuss the issue in confidence to make themselves known to him.

READ MORE: Catch up on the Alwitry case…

Posted by William Boyd on Oct 22nd, 2019
That's it, spend more of my tax pounds. When one is in a hole, one should stop digging.
Posted by John Carlow on Oct 22nd, 2019
Not knowing how much compensation Mr Alwitry was offered, can I ask how much it will cost to take this action further to a higher court?
Obviously the Government did something incorrect when losing the original decision, so, why are we spending more to lose again, raising the costs even further
To place a comment please login Login »

“We are all in this together”