One year on and still no success measure for States Chief 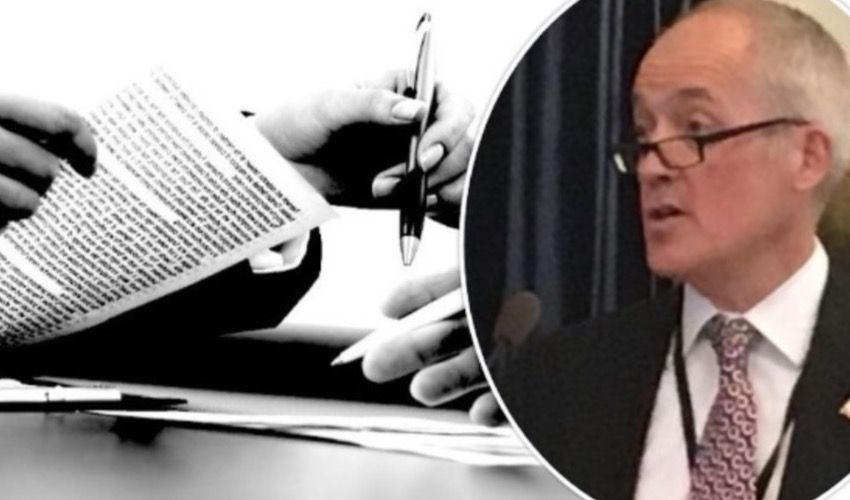 One year on and still no success measure for States Chief

A year after he started working, Jersey top civil servant - who is implementing an unprecedented change program in the public sector - still does not have an agreed way to measure whether he is succeeding or not, it has emerged.

Charlie Parker was appointed to the £250,000 role of States CEO in July 2017; the exact details of the deal are still being withheld, but it is known that they included full residency rights. Although his official start date was 8 January 2018, Mr Parker was already working in Jersey months before that, as he begun to put his team in place to reform the States.

His predecessor, John Richardson, was said in October 2017 to have been asked to leave early to avoid any "confusion" caused by overlapping with Mr Parker. Mr Richardson left the States on 2 November 2017 after 35 years of service while it was originally planned he would exit in May 2018.

Express originally revealed in August that the new States CEO, who was tasked with making the civil service more efficient with different departments working closer together, was in post without a set of 'key performance indicators’ (KPIs) - an agreed set of standards against which his performance can be measured. The previous administration, led by Senator Ian Gorst never finalised these in the months between Mr Parker’s appointment and the elections.

In the Summer,  a States spokesperson told Express the KPI's would soon be defined and approved with the help of an “independent assessor.” However a question in the States Assembly yesterday from Deputy Jeremy Maçon to the States Employment Board revealed that nothing has been agreed nearly three months later.

In a written question to Senator Tracey Vallois, the Chairman of the States Employment Board, Deputy Maçon asked whether key performance indicators (KPI) had been agreed but was told that Mr Parker's "performance framework process and associated KPI`s is being developed with the support of an independent assessor under the guidance of the Chief Minster."

Deputy Maçon said it was "shocking that the previous government (minister) signed off such a senior position without fully knowing what that officer would be delivering on!" "More mopping up having to be done for the new council of Ministers," he added.

Senator Vallois said Mr Parker's objectives should be finalised in the next few weeks, based on the government's strategic priorities. Deputy Maçon welcomed the news that the KPI's will be published saying it was essential to hold to the Chief Executive to account‬. 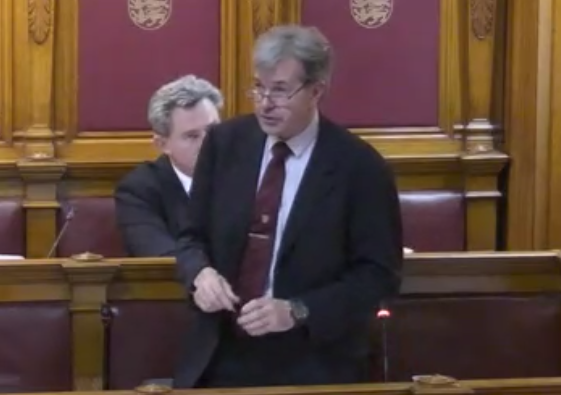 Pictured: The Chief Minister, Senator John Le Fondré, was unable to give more details about proposals to save the States £30million.

Mr Parker's KPI's were not the only subject that senior ministers were unable to give further details on in this week's States Assembly.

Chief Minister, Senator John Le Fondré was not able to set out exactly how £30million in public sector savings were going to be delivered. In a speech given to members of the Chamber of Commerce in October, Senator Le Fondré said that he expected a large-scale restructuring of the public sector, spearheaded by Charlie Parker, would save the substantial sum.

Yesterday, prompted by Deputy Geoff Southern to publish his proposed measures to allow "detailed study by members before the scheduled debate," the Chief Minister declined, saying they will be published before the end of the year in a transition report. He said this will be based on the work that has been taking place to transform the public sector.

Deputy Southern said it was a "lamentable state of affairs" that States members were kept in the dark over how the cuts would be delivered, or whether they were sustainable or not, until after the 2019 Budget has been voted on.

The Chief Minister replied: "The deficit we are trying to address is in 2020, therefore it is during 2019 that we need to put the measures in place, it’s not all at the beginning of 2019. That’s the crucial thing and the measures we are talking about it's responsible vacancy management, it’s also things like improvements in contract management, stronger emphasis on back office, buying things together, doing things once, things like customer service, … these are all kind of the first lines of attack for what we are trying to do. They are sustainable."

Express requests for clarification on how the £30 million figure had been calculated were never fully answered. When pressed to say what the overall reduction in headcount would be, the response was that there was "no specific target for staff reduction."

A States spokesperson explained: "The Chief Minister has announced what efficiencies he expects the CEO to deliver. More details of those will be provided in due course. As ever, any information that affects staff, such as job reductions, will be announced to staff before providing details to the media.

"The Chief Minister’s speech highlighted examples of where the public service will generate savings - it’s not an exhaustive list. There is a comprehensive programme of modernisation underway across a wide range of activities."

Posted by Des Pyper on Nov 7th, 2018
Sorry to disagree! he has achieved a lot by putting fear into work-shy people in the Civil Service.
May not appeal to many but why should WE pay for those who abuse the system. Pay for results not just for knowing they have a job for life and no accountability or responsibilty.
If he can deal with the problem of those Civil Servants that do not bother to reply or acknowledge mail incase they may be accountable he is more than half way there in his job and good luck. The Jersey Way was ok in its day but the world has moved forward and the public deserve better if they are paying the wages.
To place a comment please login Login »