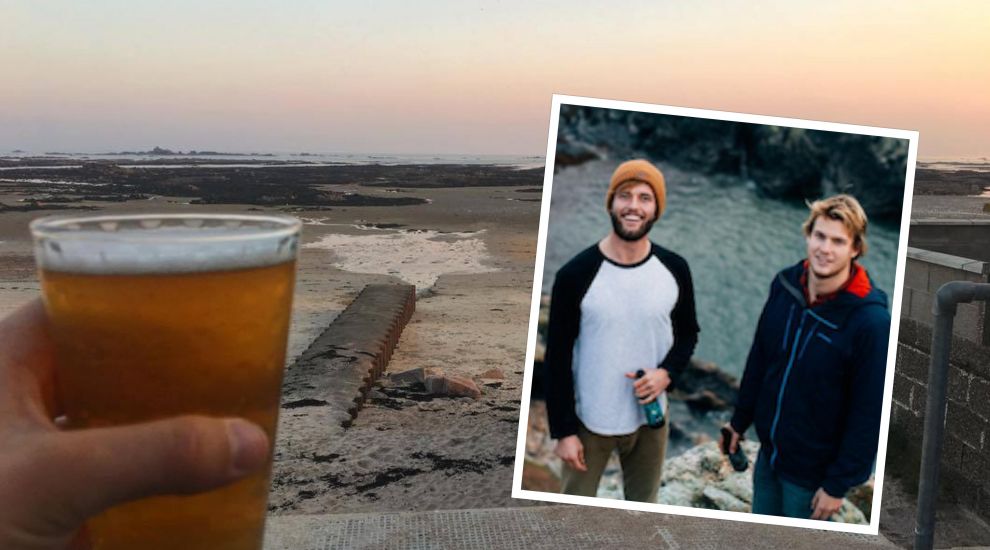 A Jersey brewery set up by two longtime friends is set to expand in the next few weeks, after selling its 10,000th beer.

Matt Topman and Digby Ibbotson have temporarily shut down Stinky Bay Brewery to make way for a new set up that will take their weekly production from 200l to just over a thousand.

The pair, respectively aged 21 and 23-year-old, set up the brewery, named after Stinky Bay where Matt grew up, in February. Best friends since Les Landes primary school, Matt and Digby first talked about a brewery in October 2016 when Digby visited Matt in Canada, where he was working for the winter season.

It wasn't until May 2017 that they registered the company. After that followed months of YouTube videos and Wikipedia research as they knew next to nothing about running a brewery. The boys were eventually ready to launch and sell their first beers at the Jersey Reds Beer Festival.

Based in an out-building in St. Lawrence, the micro-brewery was, until now, equipped with what the guys described as “…roughly a one-barrel system, very bottom end of what you can do commercially.”

It is all set to change now. After selling its 10,000th beer four months after its launch, Stinky Bay is expanding."The past few months have been incredible," says Digby. "We didn't expect to get such a response. We have been very busy!

"We have had to stop to get some new equipment in.  We are trying to get to six times the size of the production we have at the moment."

While the pause in brewing might mean a Stinky Bay drought on the island, it is all for the best promised Digby. "We physically couldn't do more as we were. We were brewing 200 litres a week but with the new set up we should get just over 1,000 litres a week. There is a lot of work to do, building the new space for the new equipment.

"We have had to rethink everything and start from the ground up really. But it has given us time to focus on everything so that we can come back bigger and stronger. We have built everything ourselves, except for the electrics for which we have asked professionals to come in. We have used a lot of pallets and recycled stuff. It's been quite fun in fact, I enjoyed it.

The boys hope to be up and running once again in mid July or towards the end of July. With the new set up will also come new brews. While plans are not finalised, a Pale Ale with some citrus or orange flavours could soon hit the shelves and the bars in Jersey. "I feel like it's a good time to bring new things," explains Digby. "People are more likely to be outside and grab a drink. We want to bring in a Pale Ale, something refreshing for the summer.

"We have quite a few ideas for other brews but I don't want to say too much just now."

The pair will also be busy hitting various events this Summer and later on this year. In August, they will have "their own little beer stand" at Off the Hook. They partnered up with the Groove Collective to host what has been described as a "memorable day and night of music and creative art at the Watersplash" on 4 August. For the occasion, “A Band Called O” will be re-forming for the first time since 1978.

"We have new beer ideas coming out soon," says Digby. "But we also want to do more and ore events to create the other side of the business. We really want to create a little community around the beer."