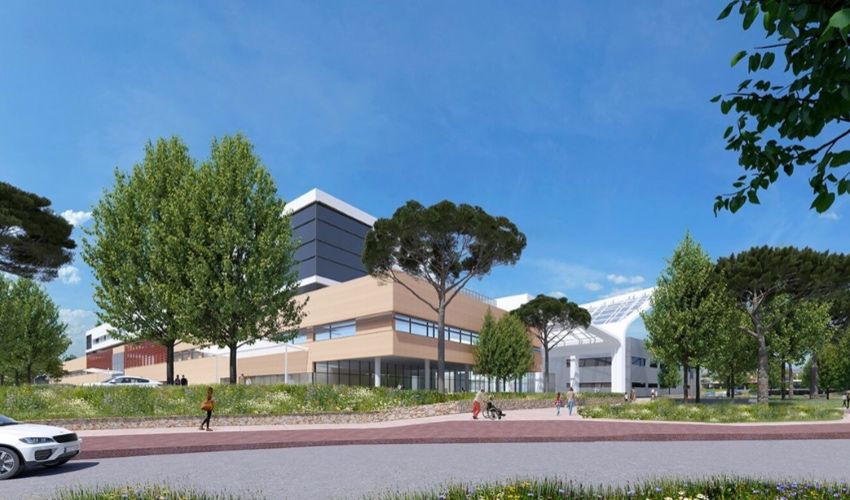 A charity which supports stroke survivors and their families has welcomed the Health Minister's pledge to return to the level of rehab care once provided at Samarès Ward, and ensure there is a dedicated facility in the new hospital.

Stroke Association Jersey gave its support after the States unanimously supported a backbench proposal by Senator Steve Pallett which called for the specialist rehabilitation unit at Overdale to reopen or the same services to be provided "in another suitable location".

Samarès closed in May 2020 in response to the pandemic and services moved to Plémont Ward at the General Hospital.

However, a number of patients and their families have publicly complained about the facilities there, and the Government conceded that care on the ward was not up to scratch.

Jacqui Cuthbert, the Stroke Association’s associate director for the South West and Channel Islands, said: “The consequences of stroke are life changing and often devastating - two thirds of stroke survivors leave hospital with a disability.

“With effective rehabilitation and support, survivors can often make significant strides towards recovery in the first few weeks and months after a stroke.

“Studies show that 60 per cent of stroke survivors will require inpatient support and rehabilitation which is why a dedicated rehab ward is so crucially important.

“We look forward to seeing this provided as quickly as possible.

“We were also pleased to hear a clear commitment that the new hospital will have a dedicated rehab ward with more beds than the Samarès Ward, with an adjacent purpose-built gymnasium, space dedicated to early mobilisation, a day room and out-patient facilities.

“As a charity dedicated to stroke, we look forward to working closely with the Health Minister and his team to look at how we can improve the whole stroke pathway from prevention through to rehab and life after stroke to ensure that people get the right support for the long-term effects of living with stroke.

“We would like to thank the stroke survivors and their families whose personal experiences were shared during the debate, and the States Members who spoke so powerfully in favour of this proposal.”

Posted by Paul Troalic on Jan 21st, 2022
Not sure this commitment will help current stroke victims. It's going to take nearly 5 years to build the new hospital. What are they supposed to do in the meantime, sit in their hands?
This is ridiculous. Leave Samares and the other wards at Overdale and build the New Hospital at Warwick Farm.
This is all a pointless exercise.
Posted by Mike Graham on Jan 21st, 2022
I agree with Paul Trolic, Warwick Farm has always been the best place for a new hospital!!
Mike Graham
Posted by Denise Shrives on Jan 22nd, 2022
I do hope the new hospital will have a hydro pool available as well, no need in this day and age to have a huge pool, 6 swim spares could suffice and only those needed at anyone session could be heated.
To place a comment please login Login »