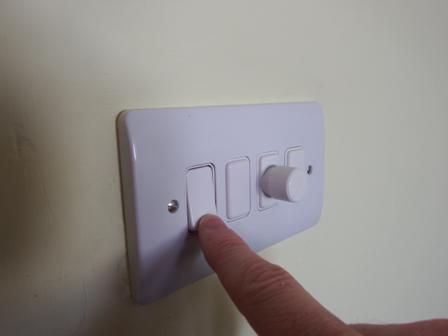 Students in the Island’s secondary schools have been switching off a lot during their lessons recently, but not because they can’t concentrate.

They are putting their energy into saving electricity and competing to see which school can reduce its energy the most.

They have a fortnight to see how low they can go as part of Eco-Active’s Turn It Off campaign and will be switching off as many appliances that they can that aren’t being used.

The Energy Efficiency Service’s Holly Lefebvre said: “All the schools taking part are Eco Schools, and this is an opportunity for their eco-committee to put together campaigns that encourage other pupils, and teachers, to save electricity.

“Simple things, like turning off lights and projectors when they aren’t being used, have a big impact on the amount of electricity being used. A typical home will save between £40 and £70 a year by switching appliances off at the plug rather than leaving them on standby – just think how much a school will save, and how much the Island will save as a whole, if we all take these easy steps.”

The school that has reduced its energy the most will get to see what goes on at Channel 103’s radio station.

The Eco-Active campaign is running all month and the team are encouraging everyone to take part at home and work as well as at school and switch off chargers, TVs , computer monitors, games consoles, tablets and other portable devices and photocopiers that they are not using, even those that are left on stand-by.

If you want some free advice on how to save energy you can contact the Energy Efficiency Service on 441611.

How do we make teens keen for sport?