Is summer on its way? 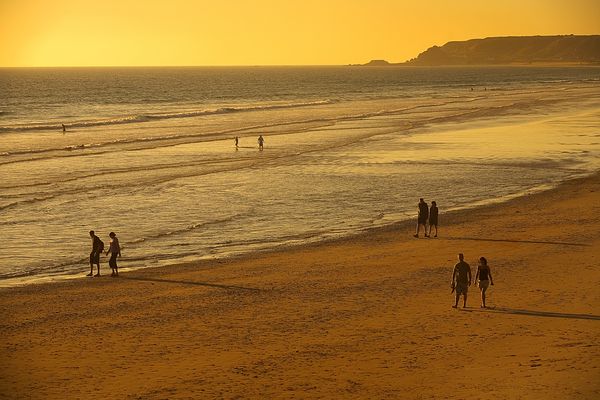 Is summer on its way?

If you got a little bit burnt over the Easter weekend, you weren’t alone and you’d better keep the suncream handy as there’s hotter weather to come this week.

Jersey’s Met department recorded record temperatures of 14.5 degrees at its observatory at Maison St Louis on Monday – beating the average for this time of year but it still wasn’t the hottest day of the year so far.

Duty Forecaster Peter Munns said we hit 15.0 degrees on 7 March but we could see even higher temperatures today and tomorrow.

He said: “As we go through the remainder of the week we’re going to keep these sunny conditions, we’re looking at temperatures of 17 today, 19 on Thursday and that’s being a bit conservative – we could even see 20 degrees.”

The UV is also up on what we’d expect for this time of the year.

Mr Munns said: “At the moment we’ve got decreased ozone in the atmosphere, what that does is absorbs a lot of ultraviolet light which is the stuff that burns us and makes us go brown, it’s at a minimum amount so the UV is elevated from what we’d expect at this time of year.

People should be wearing suncream – we usually expect the UV to be about four and a half, it got to five and a half yesterday, and combined with the fact most people’s skin hasn’t seen the sun for the last six months, it’s like a ripe peach ready to burst.”

He said we can expect cooler air to reach us on Friday night with temperatures dropping to around 13 degrees on Saturday and reaching 15 on Sunday.